In 1996, Penderecki was commissioned by the choral conductor Helmuth Rilling to compose a mass, planned for performances at the Internationale Bachakademie Stuttgart and the Oregon Bach Festival. [1] Penderecki began with writing the Credo which is central to the text, working from 1997 to 1998. It turned so large that it defied the original liturgical use, and became an independent work. [1]

It was published by Schott. [1] The composer conducted the work first for the Ukrainian premiere with the National Symphony Orchestra of Ukraine at the Organ Music Concert Hall in Kyiv on 31 March 1999. [1] After many performances around the world, [1] he conducted it again in Kyiv at the 29th Kyiv Music Fest in 2018, marking the centenary of Polish independence. [3]

The Credo uses the Latin text of the Nicene Creed from the order of mass, [1] with added texts chosen by the composer. [4] Penderecki structured the work in seven movements: [1] [5]

Added texts include at the end of the third movement verses from the hymn Pange lingua, beginning "Crux fidelis". [6] [5] The movement is concluded by compiled texts of venerating the Cross, entitled Crucem tuam adoramus Domine (We venerate your Cross, Lord): a Polish liturgical hymn asking the Crucified for mercy, the line "Popule meus, quid feci tibi?" from the Improperia, the beginning of the Pange lingua, a Polish adaptation of "Popule meus", the first stanza from Luther's hymn "Aus tiefer Not schrei ich zu dir", a parahrase of Psalm 130, and a repetition of "Popule meus". [5] In the fourth movement, a passage from the Revelation is inserted (chapter 11, verse 15). In the fifth movement, the expectation of the resurrection of the dead is followed by a hymn "Salve festa dies" (Hail, festive day), and the phrase "life of the world to come" is expanded by verse 24 from Psalm 118, "Haec dies, quam fecit Dominus: Exultemus et laetemur in ea." (This is the day, which the Lord has made: Let us rejoice and be glad in it.) and an Alleluja. [5]

The duration is given as one hour. [1] The Credo is scored for soprano, mezzo-soprano, alto, tenor and bass soloists, children's choir, SATB mixed choir and orchestra. [1] A reviewer described the music as expansive, "darkly romantic in manner", and with an "unerring immediacy of effect". [4]

Credo was recorded by the Warsaw Boys' Choir, the Warsaw Philharmonic Chorus and the Warsaw Philharmonic Orchestra conducted by Antoni Wit, in a series of Penderecki's compositions. [5] [7] It was coupled with his 1964 Cantata in honorem Almæ Matris Universitatis Iagellonicæ sescentos abhinc annos fundatæ. [6] A recording was also made of a performance by the same forces who premiered the work: Helmuth Rilling and the Oregon Bach Festival Orchestra and Choir, with the soloists listed above.

Helmuth Rilling is a German choral conductor and an academic teacher. He is the founder of the Gächinger Kantorei (1954), the Bach-Collegium Stuttgart (1965), the Oregon Bach Festival (1970), the Internationale Bachakademie Stuttgart (1981) and other Bach Academies worldwide, as well as the "Festival Ensemble Stuttgart" (2001) and the "Junges Stuttgarter Bach Ensemble" (2011). He taught choral conducting at the Frankfurt Musikhochschule from 1965 to 1989 and led the Frankfurter Kantorei from 1969 to 1982. 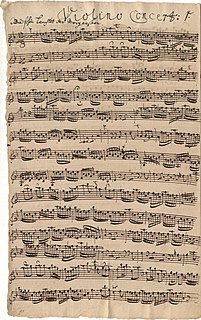 Wie schön leuchtet der Morgenstern, BWV 1, is a church cantata for Annunciation by Johann Sebastian Bach. In 1725, when the cantata was composed, the feast of the Annunciation coincided with Palm Sunday. Based on Philipp Nicolai's hymn "Wie schön leuchtet der Morgenstern" (1599), it is one of Bach's chorale cantatas. Bach composed it in his second year as Thomaskantor in Leipzig, where the Marian feast was the only occasion during Lent when festive music was permitted. The theme of the hymn suits both the Annunciation and Palm Sunday occasions, in a spirit of longing expectation of an arrival. As usual for Bach's chorale cantata cycle, the hymn was paraphrased by a contemporary poet who retained the hymn's first and last stanzas unchanged, but transformed the themes of the inner stanzas into a sequence of alternating recitatives and arias. 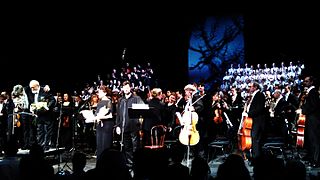 The St Luke Passion is a work for chorus and orchestra written in 1966 by Polish composer Krzysztof Penderecki, which, considered within the context of the officially atheistic Polish People's Republic and other Eastern Bloc countries, makes its potentially subversive subject matter even that much more remarkable. Penderecki wrote the work to commemorate a millennium of Polish Christianity following the baptism and conversion of Polish duke Mieszko I in 966 AD. Penderecki's setting is one of several musical settings of the Passion story and contains text from the Gospel of Luke as well as other sources such as the Stabat Mater. Despite the Passion's almost total atonality and use of avant-garde musical techniques, the musical public appreciated the work's stark power and direct emotional impact and the piece was performed several more times soon after its premiere on 30 March 1966. 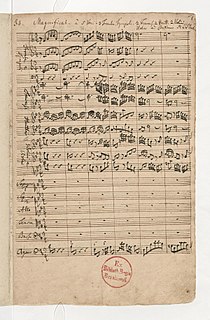 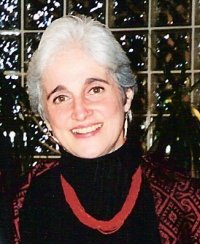 Milagro Vargas is an American mezzo-soprano known for her distinctive voice and stage presence. She has appeared as an international soloist in operatic, orchestral, chamber music and recital settings.

Herr, wie du willt, so schicks mit mir, BWV 73, is a church cantata by Johann Sebastian Bach. He composed it for the third Sunday after Epiphany and first performed it in Leipzig on 23 January 1724. It was probably composed shortly before the first performance. 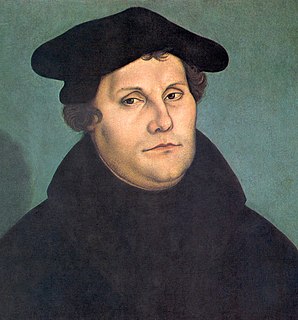 Johann Sebastian Bach composed the church cantata Warum betrübst du dich, mein Herz, BWV 138, in Leipzig for the 15th Sunday after Trinity and first performed it on 5 September 1723. The text by an unknown author includes three stanzas from the hymn of the same name. Its text and melody were formerly attributed to Hans Sachs, but were written by an unknown hymn writer. The cantata has seven movements and is scored for SATB soloists and choir, two oboes d'amore, two violins, viola and basso continuo. The cantata has features of a chorale cantata although it was written a year before Bach's annual cycle of chorale cantatas. Bach used an aria as the base of the Gratias of his Missa in G major.

Dem Gerechten muß das Licht, BWV 195, is a church cantata by Johann Sebastian Bach for a wedding. He composed it in Leipzig, possibly in 1727, but only the incomplete scores of later performances from the 1740s survived. It uses two verses from Psalm 97 for the opening movement, and the first stanza auf Paul Gerhardt's hymn "Nun danket all und bringet Ehr" for the closing chorale. The librettist of the other movements is unknown.