The Big 12 Conference is a collegiate athletic conference headquartered in Irving, Texas. The conference consists of ten full-member universities. It is a member of Division I of the National Collegiate Athletic Association (NCAA) for all sports. Its football teams compete in the Football Bowl Subdivision, the higher of two levels of NCAA Division I football competition. Its ten members, in the states of Iowa, Kansas, Oklahoma, Texas, and West Virginia, include eight public and two private, Christian schools. Additionally, the Big 12 has 11 affiliate members—eight for the sport of wrestling, one of which is also a member in women's equestrianism; one for women's gymnastics; and two for women's rowing. The Big 12 Conference is a 501(c)(3) nonprofit organization incorporated in Delaware.

FC Lausanne–Sport is a Swiss football club based in Lausanne in the canton of Vaud. Founded in 1896, Lausanne Sport currently plays in the Swiss Super League, the highest tier of football in the country, and hosts games at the Stade Olympique de la Pontaise. The team has won seven league titles and the Swiss Cup nine times.

Robert L. "Bob" Papa is an American sportscaster. Papa is employed by Golf Channel, announces various Olympic sports for NBC Sports, and is known as "the voice" of the New York Giants.

Folsom High School is a public secondary school in the western United States, located in Folsom, California, a suburb east of Sacramento. Established 98 years ago in 1922, it is a part of the Folsom Cordova Unified School District.

William Gardell Jr. is an American stand-up comedian, actor, game show host and voice artist. Gardell played Chicago police officer Mike Biggs on Mike & Molly. He also had a recurring role as Billy Colivida on Yes, Dear and appeared in a dozen episodes of My Name Is Earl as a police officer. Gardell voiced Santa in Ice Age: A Mammoth Christmas, as well as starring on Sullivan & Son in the recurring role of Lyle Winkler. Since 2019, Gardell currently plays Bob Wheeler in the CBS sitcom series Bob Hearts Abishola.

The Simpsons' nineteenth season originally aired on the Fox network between September 23, 2007, and May 18, 2008. It was the final complete season to be broadcast in 4:3 and in standard definition, although the first half of season 20 would also retain this standard. 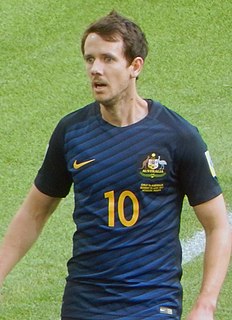 Robert Lee Waters was an American football player, coach, and administrator, best known for his contributions to athletics at Western Carolina University. Waters coached the Western Carolina Catamounts football team for 20 seasons (1969–1988), and performed the dual role of athletic director from 1971 through 1986. According to the university, "the evolution and success of the school's athletic programs, especially its football program, during that period can be attributed largely to his talents and personality".

Max Bennet Kruse is a German professional footballer who plays as a forward for Union Berlin. 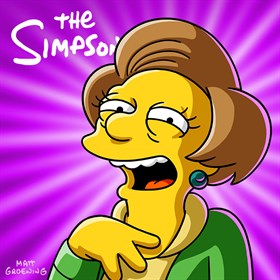 The Simpsons' twenty-second season began airing on Fox on September 26, 2010 and ended on May 22, 2011. The Simpsons was renewed for at least two additional seasons during the twentieth season leading up to this season. The cast is currently signed through the 30th season. On November 11, 2010, the series was renewed for a 23rd season by Fox with 22 episodes.

Benjamin Allen Kruse is a Minnesota politician and a former member of the Minnesota Senate who represented District 47, which included portions of Anoka and Hennepin counties in the northern Twin Cities metropolitan area. A Republican, he is a real estate agent with Coldwell Banker Burnet, based in Minnesota. 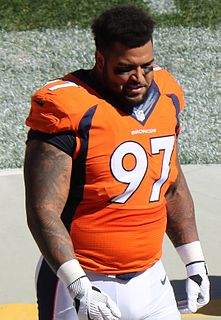 William Jesse Winn, Jr. is an American football defensive end for the Green Bay Packers of the National Football League. He played college football at Boise State. He was considered one of the best defensive tackle prospects for the 2012 NFL Draft and was drafted in the sixth round by the Cleveland Browns. He has also played for the Indianapolis Colts.

The 2018 ADAC TCR Germany Touring Car Championship will be the third season of touring car racing to be run by the German-based sanctioning body ADAC to the TCR regulations. The series will run predominately in ADAC's home nation Germany. As a support category to the ADAC GT Masters series, the championship will also take in races in the neighbouring nations of Austria, the Netherlands and the Czech Republic.

Chandon Sullivan is an American football cornerback for the Green Bay Packers of the National Football League (NFL). He played college football at Georgia State.