Cyprus Airways Flight 284 was a de Havilland Comet that broke up during a flight to Nicosia International Airport on 12 October 1967, after an explosive device detonated in the cabin. The airliner crashed in the Mediterranean Sea and all 66 passengers and crew members on board died. [1]

BEA was a shareholder in Cyprus Airways (1947-2015), and the two airlines had an agreement in place for all of Cyprus Airways' jet services to be operated by BEA Comets. [3] Later on the day before the crash the aircraft departed on a night-time BEA service from London Heathrow Airport to Ellinikon International Airport in Athens, Greece, arriving just after 3:00am local time (1:00am UTC) on 12 October. At about 4:30am the aircraft departed Athens on the regular Cyprus Airways flight to Nicosia in Cyprus with 59 passengers and a crew of seven on board. [4]

About 45 minutes into the flight, control of the aircraft was transferred from air traffic controllers (ATC) at Athens to their counterparts at Nicosia. The crew contacted Nicosia's controllers by radio, but when ATC replied there was no response from the aircraft. [4]

The flight was due to go on to Cairo after Nicosia. Eight passengers had to take a MEA flight the next day.

Recovery of remains and wreckage

A total of 51 bodies were recovered from the sea within a day of the crash. Contrary to initial reports, none were wearing life jackets. Some were wearing wristwatches that had stopped at 5:25. [6] [7] Investigators concluded that the aircraft had suffered some form of damage during the initial radio call to Nicosia ATC at about 5:15am and had broken up in flight about eight minutes later. [6] [7] They estimated the aircraft's wreckage to be scattered on the seabed over an area of about 35 sq mi (91 km2) at a depth of 9,000–10,000 feet (2,700–3,050 metres) below the surface. [5]

After a drop tank was recovered from the sea, investigators hypothesised that the aircraft crashed due to a mid-air collision with a military aircraft. However searchers also found a cushion from one of the Comet's passenger seats floating on the surface of the sea, which on examination was found to have evidence of an explosion. [5] Analysis of the seat cushion showed traces of a military plastic explosive. [8] After this find the mid-air collision theory was discarded and a decision was made not to retrieve any submerged wreckage. [9]

The seat cushion and other recovered objects from the Comet's passenger cabin were analysed by the Forensic Explosive Section of the Royal Armament Research and Development Establishment, the first time that this was done. [10] 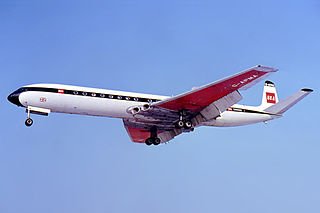 The de Havilland DH.106 Comet was the world's first commercial jet airliner. Developed and manufactured by de Havilland at its Hatfield Aerodrome in Hertfordshire, United Kingdom, the Comet 1 prototype first flew in 1949. It featured an aerodynamically clean design with four de Havilland Ghost turbojet engines buried in the wing roots, a pressurised cabin, and large square windows. For the era, it offered a relatively quiet, comfortable passenger cabin and was commercially promising at its debut in 1952.

Cyprus Airways (Public) Ltd. was the flag carrier airline of Cyprus. It was established in September 1947 and ceased operations on 9 January 2015. Cyprus Airways had its operating base at Larnaca International Airport.

Egyptair is the state-owned flag carrier of Egypt. The airline is headquartered at Cairo International Airport, its main hub, operating scheduled passenger and freight services to more than 75 destinations in the Middle East, Europe, Africa, Asia, and the Americas. Egyptair is a member of Star Alliance.

Dan-Air was an airline based in the United Kingdom and a wholly owned subsidiary of London shipbroking firm Davies and Newman. It was started in 1953 with a single aircraft. Initially, it operated cargo and passenger charter flights from Southend (1953–1955) and Blackbushe airports (1955–1960) using a variety of piston-engined aircraft before moving to a new base at Gatwick Airport in 1960, followed by expansion into inclusive tour (IT) charter flights and all-year round scheduled services. The introduction of two de Havilland Comet series 4 jet aircraft in 1966 made Dan-Air the second British independent airline after British United Airways to begin sustained jet operations.

British Airtours was a British charter airline with flight operations out of London Gatwick and Manchester Airports.

Helios Airways Flight 522 was a scheduled passenger flight from Larnaca, Cyprus to Prague, Czech Republic, with a stopover to Athens, Greece, that crashed on 14 August 2005, killing all 121 passengers and crew on board. A loss of cabin pressurization incapacitated the crew, leaving the aircraft flying on autopilot until it ran out of fuel, and crashed near Grammatiko, Greece. It was the deadliest aviation accident in Greek history. 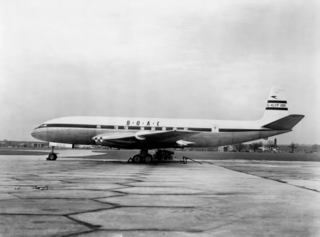 BOAC Flight 781 was a scheduled British Overseas Airways Corporation (BOAC) passenger flight from Singapore to London. On 10 January 1954, a de Havilland Comet passenger jet operating the flight suffered an explosive decompression at altitude and crashed, killing all 35 people on board. The aircraft, registered G-ALYP, had taken off shortly before from Ciampino Airport in Rome, en route to Heathrow Airport in London, on the final leg of its flight from Singapore. After it exploded, the debris from the explosion fell into the sea near Elba Island, off the Italian coast. 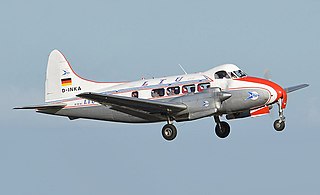 The de Havilland DH.104 Dove is a British short-haul airliner developed and manufactured by de Havilland. The design, which was a monoplane successor to the pre-war Dragon Rapide biplane, came about from the Brabazon Committee report which, amongst other aircraft types, called for a British-designed short-haul feeder for airlines.

South African Airways Flight 201 (SA201), a de Havilland Comet 1, took off at 18:32 UTC on 8 April 1954 from Ciampino Airport in Rome, Italy, en route to Cairo, Egypt, on the second stage of its flight from London, England to Johannesburg, South Africa. The flight crashed at around 19:07 UTC, killing all on board. The flight was operated as a charter by British Overseas Airways Corporation (BOAC) using the aircraft G-ALYY, with a South African crew of seven, and carrying fourteen passengers. 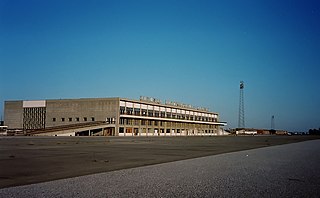 Nicosia International Airport is a largely disused airport located 8.2 km (5.1 mi) west of the Cypriot capital city of Nicosia in the Lakatamia suburb. It was originally the main airport for the island, but commercial activity ceased following the Turkish invasion of Cyprus in 1974. The airport site is now mainly used as the headquarters of the United Nations Peacekeeping Force in Cyprus. 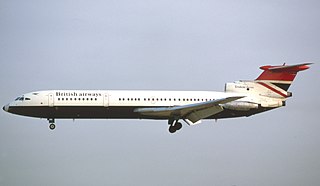 The Hawker Siddeley HS-121 Trident is a British airliner produced by Hawker Siddeley. In 1957, de Havilland proposed its DH.121 trijet design to a British European Airways (BEA) request. By 1960, de Havilland had been acquired by Hawker Siddeley. The Trident maiden flight happened on 9 January 1962, and it was introduced on 1 April 1964, two months after its main competitor, the Boeing 727. By the end of the programme in 1978, 117 Tridents had been produced, and the Trident was withdrawn from service in 1995. 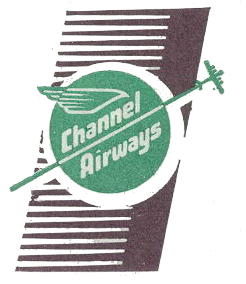 Channel Airways was a private airline formed in the United Kingdom in 1946 as East Anglian Flying Services. 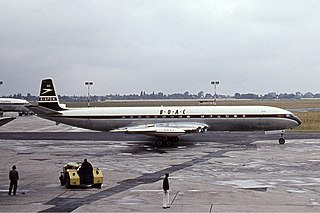 Dan-Air Flight 1903 was a de Havilland Comet 4 aircraft operated by Dan Air Services Limited that, on 3 July 1970, crashed into the wooded slopes of the Serralada del Montseny near Arbúcies, in the Province of Girona of Catalonia, Spain. The flight was on an unscheduled international passenger service from Manchester to Barcelona. British tour operator Clarksons Holidays had contracted the aircraft to carry a group of holidaymakers who had booked an all-inclusive package holiday with the operator. The crash resulted in the aircraft's destruction and the deaths of all 112 on board. It was the deadliest aviation accident in 1970, and remains the deadliest aviation accident involving the De Havilland Comet.

British Overseas Airways Corporation (BOAC) was the British state-owned airline created in 1939 by the merger of Imperial Airways and British Airways Ltd. It continued operating overseas services throughout World War II. After the passing of the Civil Aviation Act 1946, European and South American services passed to two further state-owned airlines, British European Airways (BEA) and British South American Airways (BSAA). BOAC absorbed BSAA in 1949, but BEA continued to operate British domestic and European routes for the next quarter century. A 1971 Act of Parliament merged BOAC and BEA, effective 31 March 1974, forming today's British Airways. For most of its history its main rival was Pan Am.