The prototype first flew at Hatfield on 9 May 1934 and, with two other pre-production aircraft, embarked on an extensive test program that resulted in the first production aircraft (designated DH.87A) completed in August 1935 having wings of greater outboard taper. These were found to cause problems, especially when landing in three-point attitude: there was a tendency for the tips to stall, causing embarrassment to the pilot and often damage to the aeroplane. From early 1936, de Havilland offered owners of the DH.87A replacement wings of the new squarer shape at a reduced price in exchange for the original wings. Designated DH.87B, new aircraft from about manufacture Number 68 were built with the new square wings. This wing reduced the overall span by 8 inches (20 cm). The alterations slightly increased overall weight at some penalty to performance.

Production was 164 aircraft, of which 84 were placed on the British Register. Many were impressed for military service during World War II, mostly being used by the RAF as liaison aircraft. 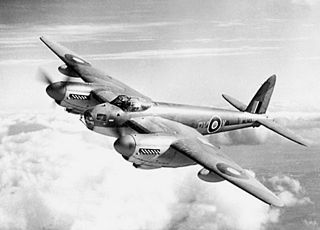 The de Havilland DH.98 Mosquito is a British twin-engined, shoulder-winged, multirole combat aircraft, introduced during the Second World War. Unusual in that its frame was constructed mostly of wood, it was nicknamed the "Wooden Wonder", or "Mossie". Lord Beaverbrook, Minister of Aircraft Production, nicknamed it "Freeman's Folly", alluding to Air Chief Marshal Sir Wilfrid Freeman, who defended Geoffrey de Havilland and his design concept against orders to scrap the project. In 1941, it was one of the fastest operational aircraft in the world. 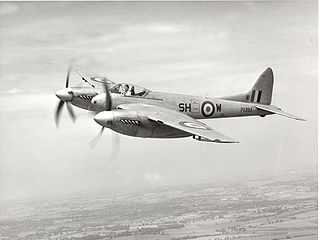 The de Havilland DH.103 Hornet, developed by de Havilland, was a fighter aircraft driven by two piston engines. It further exploited the wooden construction techniques that had been pioneered by the de Havilland Mosquito. Development of the Hornet had started during the Second World War as a private venture. The aircraft was to conduct long range fighter operations in the Pacific Theatre against the Empire of Japan but the war ended before the Hornet reached operational squadron status.

The de Havilland DH.82 Tiger Moth is a 1930s British biplane designed by Geoffrey de Havilland and built by the de Havilland Aircraft Company. It was operated by the Royal Air Force (RAF) and many other operators as a primary trainer aircraft. In addition to the type's principal use for ab initio training, the Second World War ad RAF Tiger Moths operating in other capacities, including maritime surveillance and defensive anti-invasion preparations; some aircraft were even outfitted to function as armed light bombers. 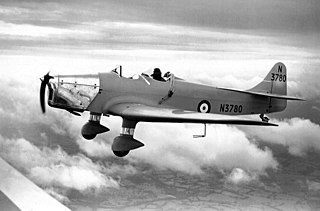 The Miles M.14 Magister is a two-seat monoplane basic trainer aircraft designed and built by the British aircraft manufacturer Miles Aircraft It was affectionately known as the Maggie. It was the only low-wing cantilever monoplane ever to be authorised to perform aerobatics. 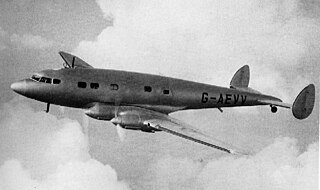 The de Havilland DH.91 Albatross was a four-engined British transport aircraft of the 1930s. A total of seven aircraft were built between 1938–39. 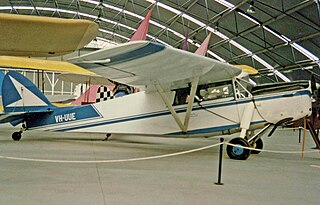 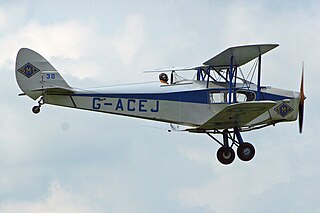 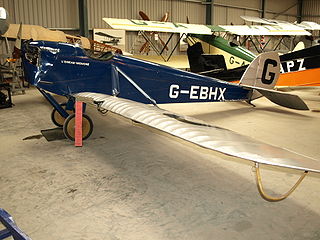 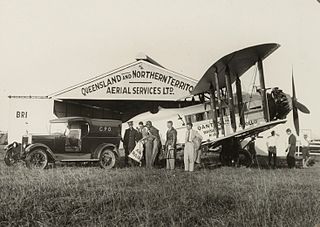 The de Havilland DH.61 Giant Moth was a 1920s British large single-engined biplane transport built by de Havilland at Stag Lane Aerodrome, Edgware. Intended primarily for use in Australia, a number were also shipped to Canada. 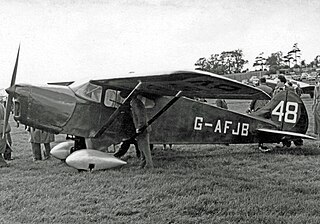 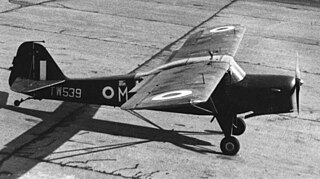 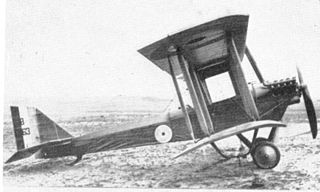 The Airco DH.6 was a British military trainer biplane used by the Royal Flying Corps during the First World War. Known by various nicknames, including the "Clutching hand" and "Skyhook", many survived to be used as a civil light aircraft in the postwar era.

The de Havilland DH.29 Doncaster was a British long-range high-wing monoplane of the 1920s built by de Havilland. 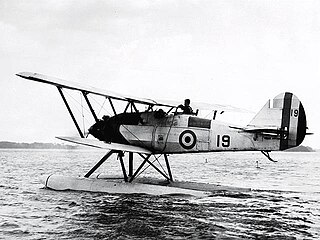 The PWS-52 was a Polish sports aircraft of 1930, a single-engine high-wing monoplane, constructed by the Podlaska Wytwórnia Samolotów (PWS), that remained a prototype.