Farsi (Qal'a Farsi) is a village and the center of Farsi District in Herat Province, Afghanistan.

Farsi is the indigenous name for Persian. It primarily refers to the Persian language.

Dari or Dari Persian or synonymously Farsi, is a political term referring to all the varieties of the Persian language spoken in Afghanistan. Dari is the term officially recognized and promoted since 1964 by the Afghan government for the Persian language, hence, it is also known as Afghan Persian in many Western sources. This has resulted in a naming dispute.

Nadia Anjuman was a poet from Afghanistan. 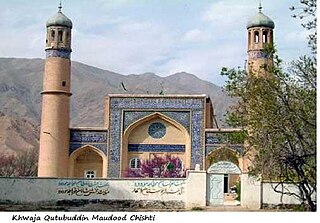 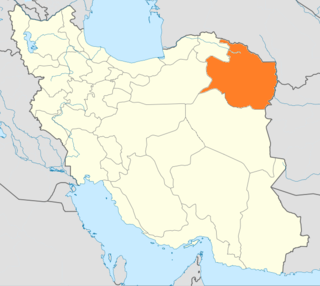 Battle of Sarakhs took place in March 1459, at a location between Merv and Sarakhs.