Fragrances of the World

The Fragrances of the World database attempts to list all perfumes currently on the market, anywhere in the world. Each listing's profile is written by the guide's editorial team, who evaluate the perfume in collaboration with the fragrance's perfumer and house evaluator.

If a mass-market perfume is discontinued, it remains listed in the guide for another two years, excluding fragrances deemed to be of outstanding influence, which are therefore maintained. Over 3,000 discontinued perfumes considered to be of exceptional popularity or historical importance have also been added to the listing. [2]

The guide is independently published by Fragrances of the World, funded by individual subscriptions. In the interest of neutrality, the guide contains no advertising and listings are made free of charge. However, the fragrances houses are not systematically consulted, and the content is often invented. [3]

In 1984, Michael Edwards, having left Halston as international marketing director, was aware of the need for a guide to help retailers suggest perfumes to consumers. Though Edwards had previously tried to re-establish Firmenich’s defunct classification Bouquet de la Parfumerie, the leading manual remained Haarmann & Reimer’s Guide to Fragrance Ingredients, an essentially technical genealogy unsuited to retail. [3]

That year in Sydney, Edwards independently published The Fragrance Manual, the first retailer’s guide to fragrance classification, profiling three hundred perfumes. The manual proved a success, going through several editions, and was expanded at the request of Nordstrom, first to include American fragrances, followed by men’s fragrances and niche brands. [3]

The manual’s original linear, sectional layout, traditional to fragrance classifications, presented certain limitations. Consumer preferences, Edwards felt, did not necessarily fall into a particular olfactory group (floral, oriental, woody, etc), and could span two or more groups if linked by similar subgroups (i.e. soft florals being akin to floral orientals). This he addressed in the 1992 edition of The Fragrance Manual, the first to feature an annular taxonomy known as the ‘fragrance wheel’, which organized olfactory groups in relation to one another while showing their interchange. The fragrance wheel proved a major innovation in perfume classification, its design copied widely throughout the fragrance industry. [3]

In 2000, The Fragrance Manual was renamed Fragrances of the World. The printed guide has since been published annually in a bilingual English-French edition.

The Fragrances of the World online database was launched in 2004, accessible by paid subscription. Due to its weekly updates and comprehensive scope (profiling over 17,000 perfumes in 2015), the database has largely superseded the guide's printed edition. [5]

Fragrance Finder, an application based on The Fragrance Manual designed to recommend perfumes according to consumer preferences, was originally developed for Sephora without success. The application was instead sold independently to retailers in 1994 on CD-ROM, before appearing online in 2006. [3]

While Fragrances of the World has largely been adopted as a standard reference in the fragrance industry, the guide has also been subject to criticism. As an independent publication, the guide's fragrance classifications are sometimes discordant with those of the perfume houses, and the creations are sometimes attributed to the wrong perfumer, causing debate. Its simplistic categories, largely devised for retail, differ from the complex subgroups featured in smaller technical manuals such as the Classification officielle des parfums et terminologie (also created in 1984), published by the French Society of Perfumers.[ how? ] Its content is also limited in comparison with free resources such as Basenotes, Fragrantica or Perfume Intelligence, though it is considerably more accurate. 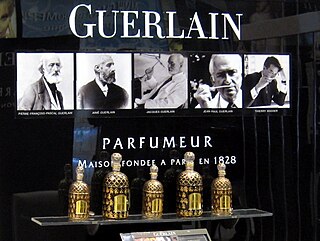 Chypre is the name of a family of perfumes that are characterised by an accord composed of citrus topnotes, a middle centered on cistus labdanum, and a mossy-animalic set of basenotes derived from oakmoss. Chypre perfumes fall into numerous classes according to their modifier notes, which include but are not limited to leather, florals, fruits, and amber. 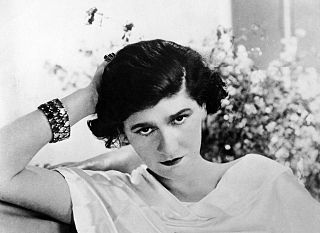 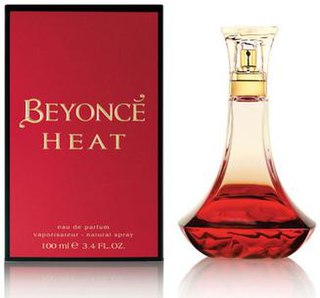 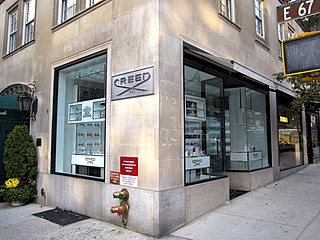 Creed is a multi-national perfume house. Based in Paris, it was originally established and founded in England as a tailoring house in 1760 by the antecedents of French British fashion impresario Charles Creed, and it became widely known for fragrances in the 1980s.

A fragrance wheel, variously called an aroma wheel, a fragrance circle, a perfume wheel or a smell wheel, is a round diagram showing the inferred relationships among olfactory groups based upon similarities and differences in their odor. The groups bordering one another are implied to share common olfactory characteristics. Fragrance wheels are frequently used as a classification tool in oenology and perfumery.

Beyoncé Pulse is the third women's fragrance created and endorsed by Beyoncé, with Bruno Jovanovic and Loc Dong of IFF. The ad's tagline is "Feel the Power." Beyoncé Pulse comes in an upside-down chrome-and-blue bottle, neatly tucked into a holographic carton, inspired by Knowles' fashion during stage performances. It features notes of pear blossom, peony, midnight blooming jasmine, Madagascar vanilla, and bluebird orchid. 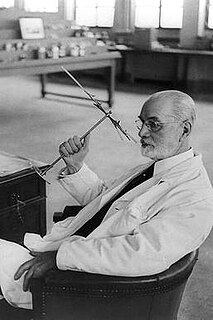 Michael Boadi is a session hairstylist and perfumer.

Elixir is a women's fragrance by Colombian singer songwriter Shakira, developed in a collaboration with international fashion company Puig. After the release of her first two fragrances, Puig enlisted several perfumers to work on Shakira's third fragrance, which she claimed would capture her "most sensual and exotic side." The final product was Elixir, an oriental perfume based on various spicy and woody sources. The flacon of the perfume is inspired by apothecary bottles and is made to resemble a magical potion, featuring a light golden colour scheme.

Michael Anthony Edwards is a British fragrance taxonomist, historian, and founding editor of Fragrances of the World, the largest guide to perfume classification. His lectures and writings, including the book Perfume Legends: French Feminine Fragrances, pioneered critical scholarship on the history of perfumery, while his fragrance wheel marked a major innovation in perfume retail. He resides in Australia, France, and the United States. 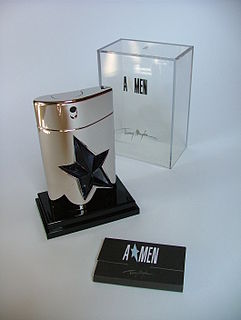 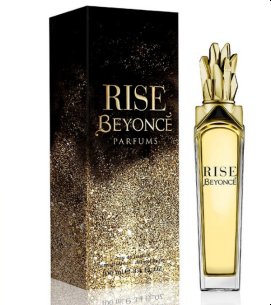 Rise is a perfume endorsed by Beyoncé and distributed through division Coty Beauty of manufacturer Coty, Inc. She collaborated with perfumer Loc Dong from the company International Flavors & Fragrances (IFF) for creating the scent. It marks her third fragrance following the release of Heat (2010) and Pulse (2011). Inspired by African-American author Maya Angelou and meant to showcase private sides of Beyoncé's personal life, Rise was created as a woman's fragrance.

The Art and Olfaction Awards are a non-profit award mechanism designed to celebrate excellence in international artisan, experimental and independent perfumery and olfactory art through a yearly blind-judged competition.