Air Vice-Marshal Francis Scholes ‘Frank’ McGill, CB (June 20, 1894 – June 28, 1980) was a prominent member of Canada's military, having been an air vice marshal in the RCAF, and a considerable sports figure, amongst other things a star football player in the Canadian Football League for the Montreal AAA Winged Wheelers.

Frank McGill served in First World War as a pilot for the Royal Naval Air Service, after graduating from McGill in 1913. At the outbreak of War in 1914, a brief period in the Army training corps found McGill extremely bored, following which he promptly joined the Royal Naval Air Service. During the First World War he served in combat and as a test pilot, and was decorated for his Royal Flying Corps work. In 1915 while flying with an instructor over the Thames estuary, McGill's plane crashed, resulting in a fractured arm and stay in the Royal Naval Hospital. In 1917 he was appointed second-in-command to a small flying boat force in the Scilly Isles, England.

In February 1919 Capt. McGill was the 1st Pilot in a flying boat that crashed in poor weather off Newlyn in Cornwall. Capt. McGill saved the life of 2nd Lt. HD Morley. The two remained in correspondence until the death of HD Morley in 1978.

During the inter-war period, Air Vice Marshal McGill organized and led an RCAF squadron which eventually became the country's primary fighter unit and participated in the Battle of Britain. He played a founding role in the development of the Commonwealth Air Training Plan, as well as serving as the first commanding officer of Uplands and Trenton airforce bases.

In 1943, he was promoted Air Commodore and given command of No. 2 Training command in Toronto. Following another promotion to Air Vice Marshal, he returned to Air Force Headquarters in December 1943, where he remained for the rest of the war as Air Member for Organization, later Air Member for Supply and Organization. McGill retired from the RCAF in 1946. From 1951 to 1961 he was Director of the Aircraft Production branch of the Department of Defence Production. [1] He died in Montreal on June 28, 1980. 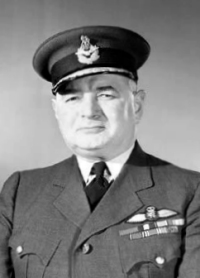 Air Chief Marshal Frank Robert Miller, CC, CBE, CD was a Canadian airman, the last Chairman of the Chiefs of Staff in 1964, the first Chief of the Defence Staff from 1964 until 1966, and Deputy Minister of National Defence. He held a range of Air Force training appointments during World War II.

Air Marshal George Mitchell Croil CBE, AFC was a Royal Flying Corps pilot during World War I who went on to become the first Chief of the Air Staff of the Royal Canadian Air Force. He was asked to step down as CAS in 1940 and Croil then served as the Inspector-General of the RCAF until his retirement in 1944 when the post of Inspector General was abolished. 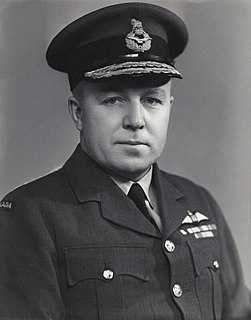 Russell William Bannock was a Canadian fighter ace during the Second World War and a chief test pilot for de Havilland Canada.

Air Vice-Marshal Albert Earl "Steve" Godfrey MC was a Canadian First World War flying ace, officially credited with 14 victories while flying for the Royal Flying Corps. He spent the remainder of his career in the Royal Canadian Air Force. 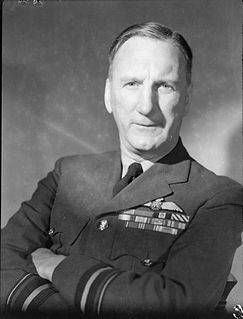 Air Marshal Sir Leonard Horatio Slatter, was a naval aviator during the First World War and a senior Royal Air Force commander during the Second World War. Slatter ended his career as the Air Officer Commanding-in-Chief of Coastal Command.

Air Vice Marshal Sir Matthew Brown Frew, was a First World War flying ace, credited with 23 aerial victories, who went on to serve as a senior officer in the Royal Air Force and South African Air Force during the Second World War.

Air Commodore Hippolyte Ferdinand (Frank) De La Rue, CBE, DFC was a senior commander in the Royal Australian Air Force (RAAF). Joining the Mercantile Marine as a youth, he became a pilot in Britain's Royal Naval Air Service during World War I. In 1918, he was given command of No. 223 Squadron in the newly formed Royal Air Force. The following year he took charge of No. 270 Squadron RAF in Egypt. Returning to Australia, De La Rue joined the short-lived Australian Air Corps in 1920, and became a founding member of the RAAF in March 1921. Specialising in maritime aviation, he led seaplane formations based at Point Cook, Victoria, during the 1920s and early 1930s.

Air Vice Marshal John Oliver Andrews, was an English flying ace of the First World War and later a senior officer in the Royal Air Force. He was credited with twelve aerial victories. His most significant victory was over German ace Stefan Kirmaier, although he also enjoyed some success against Max Immelmann and Manfred von Richthofen. He continued his military career through the Second World War, rising into increasingly responsible staff positions during the interwar years, then successively commanding two fighter groups during the war. His career was capped by his admission into the Order of the Bath.

Air Vice-Marshal Arthur Lorne James CBE was a Canadian air force officer who was instrumental in the evolution of the Royal Canadian Air Force during World War II and the early years of the Cold War, leading to its close cooperation with the United States Air Force in the defence of North America. 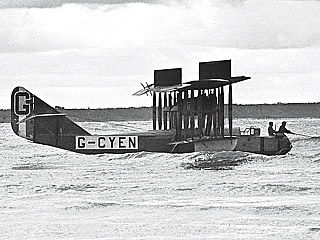 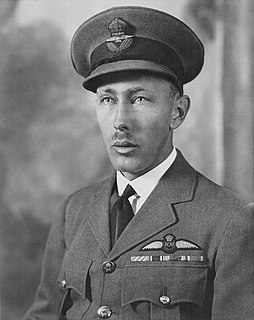 Air Vice-Marshal James Lindsay Gordon DFC was a leading figure in the pre-World War II Royal Canadian Air Force and a pilot in the Royal Naval Air Service during World War I.

Air Marshal Harold "Gus" Edwards, was a Canadian Air Force officer who played a prominent role in building the Royal Canadian Air Force (RCAF). From November 1941 to December 1943, Edwards served as Air Officer Commanding-in-Chief Overseas where he was responsible for all RCAF personnel. In June 2012, Edwards was posthumously inducted into Canada's Aviation Hall of Fame for his "outstanding leadership in building Canada's national air force".

No. 2 Squadron was a Royal Canadian Air Force (RCAF) squadron active during the late 1930s. The squadron operated army cooperation aircraft from 1935, and upon the outbreak of World War II was selected for overseas duty. However, a shortage of aircraft forced its disbandment in late 1939 to reinforce two other squadrons.