Gautham Karthik (born 12 September 1989) is an Indian actor who works in Tamil-language films. He made his acting debut in Mani Ratnam's Kadal (2013).

Gautham Karthik was born to Tamil film actor Karthik Muthuraman and his first wife, actress Ragini Karthik. [2] He is the grandson of actor R. Muthuraman. He grew up in Udhagamandalam and graduated from Christ University, Bangalore, when film-maker Mani Ratnam approached him. [3] Before that, Gautham was not connected with the film industry. He holds a bachelor's degree in Psychology, English & Media. In college he performed as a guitarist and vocalist in the band Dead End Street. [3]

Reports as early as 2003 suggested that actor Karthik was interested in directing a film with his son in the lead role, though the project never took off. [4] [5] During a press conference in December 2009, Karthik revealed that his son, Gautham, would make his debut in Mani Ratnam's next venture after completion of Ratnam's bilingual films Raavan and Raavanan . [6] After a brief postponement and speculation, Mani Ratnam announced that Gautham would make his debut in Kadal in February 2012. Gautham revealed that he initially felt Ratnam had approached him to be a part of the technical crew and was surprised when he was handed the lead role. [3] Gautham briefly took acting lessons from Kalairani and began to shoot for Kadal across regions in South India for close to a year. After the shootings were completed, he was introduced to the media at the music launch event for the Telugu version of the film in Hyderabad. The film opened in February 2013 to mixed reviews, though Gautham Karthik's performance of a deprived youngster caught between the characters played by Arvind Swamy and Arjun was unanimously praised. A critic noted "Gautham delivers in his very first film. He scores in action as well as dance department too", [7] while a reviewer from Rediff.com wrote that the actor "pulled it off with elan", labelling him as "a natural performer and is surely here to stay". [8]

His second film, Yennamo Yedho , a remake of the Telugu film, Ala Modalaindi released in April 2014 to mixed reviews and a lukewarm box office, while Gautham's performance was praised by the critics. His next release was director Aishwarya Dhanush's Vai Raja Vai on 1 May 2015, which opened to positive reviews and was a commercial success. [9] In 2017, he has worked in five films simultaneously, including Muthuramalingam , Rangoon , Ivan Thanthiran , Hara Hara Mahadevaki and Indrajith . Following, he has signed Oru Nalla Naal Paathu Solren (2018) which is to be directed by Arumuga Kumar and he is sharing screen space with Vijay Sethupathi for first time. [10] After the box office success of Hara Hara Mahadevaki, Gautham Karthik and Santhosh P. Jayakumar are back with their next release, Iruttu Araiyil Murattu Kuththu (2018). [11] The next one was with his father actor Karthik and his son Gautham Karthik come together on screen for the first time in Mr. Chandramouli (2018). [12] Director M. Muthaiah known for his caste-based movies has joined with Gautham Karthik for a masala of violence coated with family sentiments in Devarattam (2019). [13]

Alaipayuthey is a 2000 Indian Tamil-language romantic drama film written, co-produced and directed by Mani Ratnam, starring Madhavan and Shalini. The film explores the tensions of married life between two young people who elope and the maturing of love among urban Indians who are conflicted between tradition and modernity. The score and soundtrack were composed by A. R. Rahman.

Aaytha Ezhuthu is a 2004 Indian Tamil-language political thriller film written and directed by Mani Ratnam. It is loosely based on the life story of George Reddy, a scholar from Osmania University of Hyderabad. It stars Suriya, Esha Deol, Madhavan, Meera Jasmine, Siddharth and Trisha in the lead roles, while Bharathiraja appears in another pivotal role. The title of the movie was taken from the name of a Tamil letter, ஃ – three dots corresponding to the film's three different personalities from completely different strata of society.

Murali Karthikeyan Muthuraman, better known by his stage name Karthik, is an Indian actor, playback singer and politician who works mainly in Tamil cinema. He is the son of veteran actor R. Muthuraman. He was first introduced by Bharathiraja in the film Alaigal Oivathillai (1981) and became a lead actor by his own. He has primarily appeared in Tamil films, and some Telugu films. Karthik is popularly known as Navarasa Nayagan for his "ability to emote all forms of emotions". He has acted in more than 125 films. He has been the recipient of the Tamil Nadu State Film Awards and the Nandi Award. He won four Filmfare Awards South. 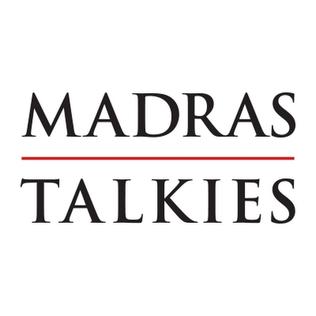 Vinayagar Sundar Vel, also known as Sundar C., is an Indian film director and actor. He has directed over 32 films in Tamil and acted in over nine movies as the protagonist. Initially, he worked as an assistant director to Manivannan.

Kadal is a 2013 Indian Tamil-language drama film co-written, co-produced and directed by Mani Ratnam. The film features debutantes Gautham Karthik, son of actor Karthik, and Thulasi Nair, daughter of Radha, in the lead roles, with Arjun, Aravind Swamy, and Lakshmi Manchu in supporting roles. The music was composed by A. R. Rahman. The film revolves around life of Christian fishermen who instill the fact that how faith can sometimes lead to the triumph of humanity. The film was dubbed into Telugu as Kadali. The film was released worldwide on 1 February 2013 in both the versions.

Kadal is the soundtrack album, composed by A. R. Rahman for the 2013 Tamil film of the same name, directed by Mani Ratnam that stars Gautham Karthik and Thulasi Nair in the lead roles. Noted poet-lyricist Vairamuthu and his son Madhan Karky penned lyrics for three songs each. Sri Lankan rapper Aaryan Dinesh Kanagaratnam made his debut for Indian cinema with one of the songs. The album was released under Sony Music on 28 November 2012.

Vanmam is a 2014 Indian Tamil-language action drama film directed by Jai Krishna, a former assistant of Kamal Haasan. It features Vijay Sethupathi, Kreshna and Sunaina in the lead roles. The film has music scored by S. Thaman and cinematography by Balabharani. It is a rural tale about the life of two friends, played by Sethupathi and Kreshna. In spite of expectations the movie didn't perform well at the box office. The film was highly panned by the critics for its poor screenplay. The satellite rights of the film were bagged by Raj TV. 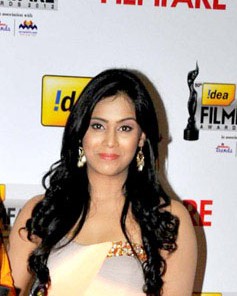 Thulasi Nair is a former Indian film actress who has appeared in 2 Tamil language films. After making her debut in Mani Ratnam's 2013 drama film Kadal. 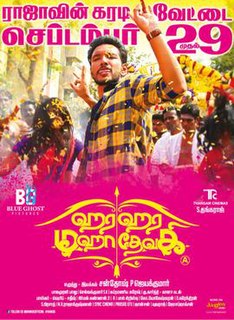 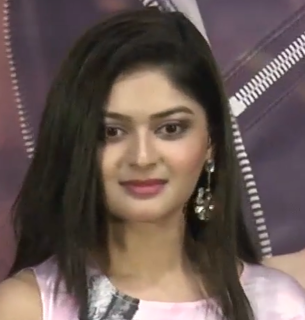 Vaibhavi Shandilya is an Indian film actress who works in Tamil, Kannada and Marathi-language films. After making her debut in the Marathi film Janiva (2015), she has been in films including Ekk Albela (2015), Sakka Podu Podu Raja (2017),Iruttu Araiyil Murattu Kuththu (2018) and Cap maari (2019).

Ghajinikanth is a 2018 Indian Tamil-language romantic comedy film written and directed by Santhosh P. Jayakumar and produced by K.E.Gnanavel Raja. The movie stars Arya and Sayyeshaa in the lead roles. It is a remake of the 2015 Telugu film Bhale Bhale Magadivoy. The music for the film is composed by Balamurali Balu. Soon after the film’s release, lead actors Arya and Sayyesha got married.

Iruttu Araiyil Murattu Kuthu is a 2018 Indian Tamil-language neo-noir film written and directed by Santhosh P. Jayakumar and produced by K. E. Gnanavel Raja. The film stars Gautham Karthik and VJ Sha Ra. With Yashika Aannand, Chandrika Ravi, and Vaibhavi Shandilya are in the female leads. The music was composed by Balamurali Balu with cinematography by Ballu and editing by Prasanna GK. The film was released on 4 May 2018.

Chandrika Ravi is an Australian actress, model and dancer. She is of Indian origin, born and raised in Australia before moving to Los Angeles for her acting and modelling career. She currently resides between Los Angeles, USA and India. She rose to fame through her role in 2018 blockbuster Iruttu Araiyil Murattu Kuththu. Due to similarity her facial features and appearance to Silk Smitha, Chandrika Ravi sometimes referred to as the Modern Silk Smitha in Tamil Nadu.

Balamurali Balu is a music director in Tamil film industry.

Sha Ra is an actor known for acting in Meesaya Murukku and Iruttu Araiyil Murattu Kuththu. He is the co-founder of the YouTube channel Temple Monkeys, one of the oldest Tamil-language YouTube channels, along with Vijay Varadharaj.

Baba Bhaskar is an Indian dance choreographer, director, writer, and actor who works in Tamil, Malayalam, Kannada and Telugu-language films.

Santhosh P. Jayakumar is an Indian film director who works in Tamil and Telugu-language films.

Irandam Kuththu is a 2020 Indian Tamil-language horror comedy film, written and directed by Santhosh P. Jayakumar and Daniel Annie Pope alongside Meenal Sahu, Karishma Kaul and Akrithi Singh. A spiritual successor to the director's earlier Iruttu Araiyil Murattu Kuththu (2018), the film was released on 14 November 2020 and received mixed reviews both from critics and audiences.