Last updated May 08, 2020
This article is about the mathematical notion. For its applications in geodesy, see great-circle distance. For other uses, see The Great Circle.

To prove that the minor arc of a great circle is the shortest path connecting two points on the surface of a sphere, one can apply calculus of variations to it.

Consider the class of all regular paths from a point

. Introduce spherical coordinates so that

coincides with the north pole. Any curve on the sphere that does not intersect either pole, except possibly at the endpoints, can be parametrized by

to take on arbitrary real values. The infinitesimal arc length in these coordinates is

So the length of a curve

is a functional of the curve given by

According to the Euler–Lagrange equation,

is minimized if and only if

From the first equation of these two, it can be obtained that

Integrating both sides and considering the boundary condition, the real solution of

can be any value between 0 and

, indicating that the curve must lie on a meridian of the sphere. In Cartesian coordinates, this is

which is a plane through the origin, i.e., the center of the sphere.

Some examples of great circles on the celestial sphere include the celestial horizon, the celestial equator, and the ecliptic. Great circles are also used as rather accurate approximations of geodesics on the Earth's surface for air or sea navigation (although it is not a perfect sphere), as well as on spheroidal celestial bodies.

The Funk transform integrates a function along all great circles of the sphere. 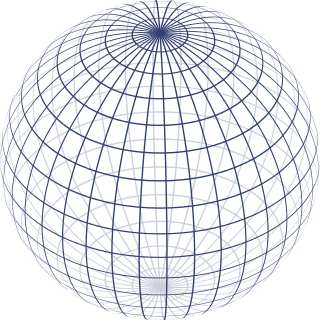 In mathematics, an n-sphere is a topological space that is homeomorphic to the set of points in (n + 1)-dimensional Euclidean space, that are situated at a constant distance r of a fixed point, called the center. It is the generalization of an ordinary sphere in the ordinary three-dimensional space. The "radius" of a sphere is the constant distance of its points to the center. When the sphere has unit radius, it is usual to call it the unit n-sphere or simply the n-sphere for brevity. In terms of the standard norm, the n-sphere is defined as 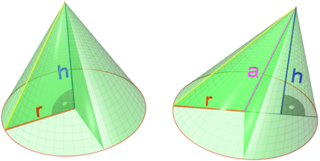 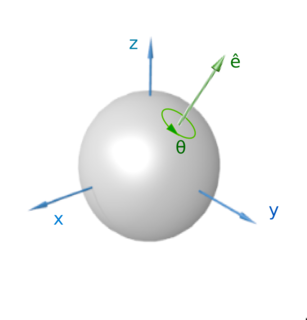 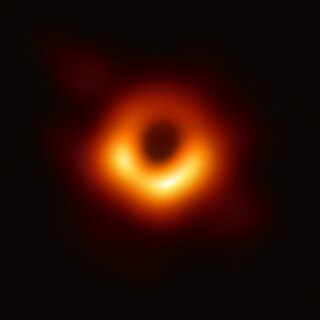 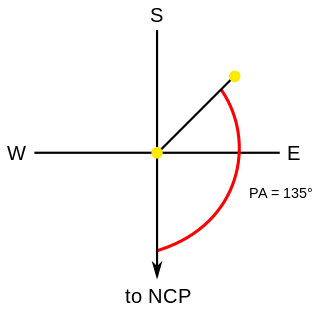 In geometric topology, the Clifford torus is the simplest and most symmetric flat embedding of the cartesian product of two circles S1a and S1b. It is named after William Kingdon Clifford. It resides in R4, as opposed to in R3. To see why R4 is necessary, note that if S1a and S1b each exist in their own independent embedding spaces R2a and R2b, the resulting product space will be R4 rather than R3. The historically popular view that the cartesian product of two circles is an R3 torus in contrast requires the highly asymmetric application of a rotation operator to the second circle, since that circle will only have one independent axis z available to it after the first circle consumes x and y. 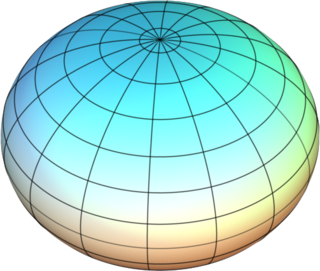 Earth section paths are paths on the earth defined by the intersection of a reference ellipsoid and a plane. Common examples of earth sections include the great ellipse and normal sections. This page provides a unifying approach to all earth sections and their associated geodetic problems.