Howard Benson is an American music producer and multi-instrumentalist; [1] he was nominated for the Producer of the Year Grammy Award in 2007 and 2008.

Benson was born and raised in a middle-class family in greater Philadelphia, the son of Estelle and Robert Benson. [2] He is of Jewish descent. [2] He began playing keyboards in rock bands at the age of 13. [1] He attended college at Drexel University and studied engineering. During his years at Drexel, Benson took a year off and studied composition at the Philadelphia College for Performing Arts. Benson graduated from Drexel with a degree in materials engineering. After graduation, he moved to Los Angeles and worked for Garrett AiResearch, where he worked on aircraft such as C-5s and F-18s. [3]

At the time of his graduation, he regularly played with his band in small Hollywood clubs, and when his band finally went into the studio with a producer, Benson was inspired to become a record producer. [4]

His first works as producer were two albums for hardcore punk band T.S.O.L. ( Revenge (1986) and Hit and Run (1987)), and the first record he produced for a major record label was Bang Tango's Psycho Café in 1989. [7] Benson states that discovering Pro Tools in 1998 while working with Sepultura was a major turning point in his career. He was asked to produce P.O.D.'s The Fundamental Elements of Southtown album in 1999, which became a platinum-selling record. [8] In 2000, Benson produced P.O.D.'s multi-platinum-selling Satellite at Bay 7 Studios, and continued to record numerous albums at that location. Over the next few years, Benson produced records from acts like Cold, Crazy Town, P.O.D.'s Payable on Death , and Three Cheers for Sweet Revenge from My Chemical Romance. He later produced numerous multi-platinum records such as The All-American Rejects, Hoobastank, Flyleaf, Daughtry, Seether, Third Day, Theory of a Deadman, Three Days Grace, Skillet, Santana, Adam Lambert, Kelly Clarkson and Caleb Johnson.

Benson stated that he utilizes Auto-Tune in the studio and that those who do not are "nuts". [10] Benson prefers to record in what he calls a "parallel system," in which musicians will record their parts in isolated rooms. [4] After the recording of an album, Benson typically brings the track to his home studio, Sparky Dark Studios, where he personally adds to the arrangement.

Benson has worked as an A&R consultant at Giant Records, Elektra Records, and Warner Bros. Records. [1]

Benson produced and appears in Attack of Life: The Bang Tango Movie , which is a 2016 documentary film directed by Drew Fortier about 80s hard rock band Bang Tango for whom Benson had produced two albums. [11]

Howard Benson has produced dozens of discs throughout his career for many top artists including Three Days Grace, My Chemical Romance, and Daughtry.

David Hall Hodges is a singer, songwriter, producer, composer, and keyboardist from Little Rock, Arkansas who has sold over 60 million albums. He is well known for having been a member of the band Evanescence, as well as a successful songwriter and producer. He has also been part of the bands Trading Yesterday, The Age of Information, Avox, and Arrows to Athens 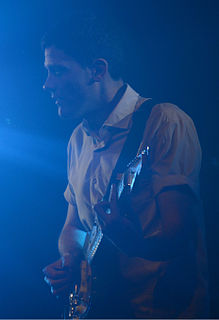 Juan Campodónico, sometimes working under his stage name Campo, is an Uruguayan musician, producer, composer, creator and former member of El Peyote Asesino, Bajofondo and Campo. He produced albums by Jorge Drexler, Luciano Supervielle, Bajofondo, El Cuarteto de Nos, La Vela Puerca, OMAR, Sordromo, No Te Va Gustar, Santullo and Ximena Sariñana among others. He created the Bajofondo project alongside iconic producer and two-time Academy Award winner for Best Original Score Gustavo Santaolalla. He has been awarded with various Latin Grammy, Premios Gardel and Graffiti awards for his work as a producer, as well as with many golden records.

Beau Hill is an American record producer who is best known for his work with Alice Cooper, Kix, Winger, Streets, Warrant, Fiona, Europe, and Ratt. He also played instruments and sang backing vocals for some of the artists that he produced, as well as for his own bands Airborne, and Shanghai, who both released albums in the early 1980s. Hill was one of the founding partners of Interscope Records.

Bang Tango is an American hard rock band. The band was formed in 1988 in Los Angeles, California and was signed to MCA Records the same year. 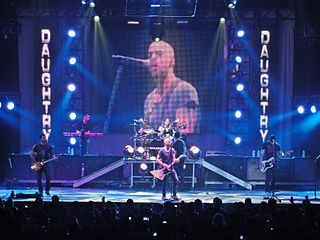 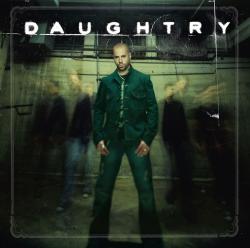 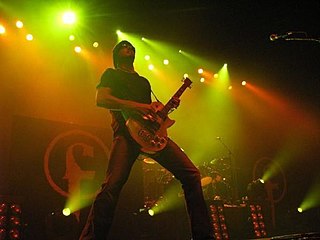 Carl Bell is an American musician, producer, arranger, engineer and mixer. He founded the multi-Platinum selling hard rock band Fuel. Bell was the principal songwriter, music and lyrics, for the band and performed lead guitar and backing vocals from the band's inception in 1989 until his departure in 2010. He has written singles such as "Shimmer", "Hemorrhage ", and "Bad Day" as well as many other songs. He also co-produced all Fuel records including the Grammy nominated Natural Selection.

David Kershenbaum is an American record producer and entrepreneur, born in Springfield, Missouri. He has worked with many artists including Duran Duran, Tracy Chapman, Joe Jackson, Laura Branigan, Bryan Adams, Supertramp, Cat Stevens, Elkie Brooks, and Tori Amos. As a producer he has earned 75 international gold and platinum albums. His work has yielded multiple Grammys and an Oscar nomination. 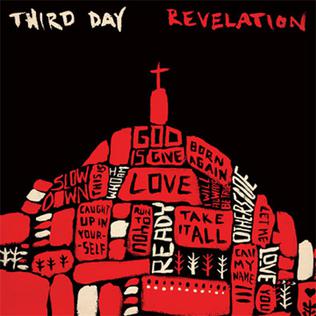 Richard E. Chertoff is an American five-time Grammy-nominated producer responsible for such hits as Joan Osborne's "One of Us", Cyndi Lauper's "Girls Just Want to Have Fun" and "Time After Time" and Sophie B. Hawkins' "Damn I Wish I Was Your Lover". Both Cyndi Lauper's album She's So Unusual and Joan Osborne's album Relish were debut albums that garnered multi-platinum sales and multiple Grammy nominations. Chertoff was nominated twice for 'album of the year', twice for 'record of the year' and also for 'producer of the year.' 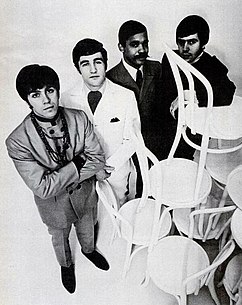 Gary Alexander Loizzo was an American guitarist, singer, recording engineer, and record producer. He is best known for being the lead singer with The American Breed.

Larry Darnell Griffin Jr., professionally known as Symbolyc One or S1, is an American record producer from Waco, Texas. He founded the group Strange Fruit Project and is signed to Kanye West's Very GOOD Beats as a producer. 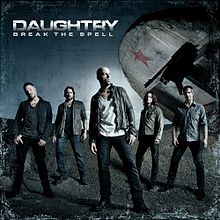 The following list is a discography of production by Howard Benson, a Grammy Award-nominated record producer.

Justin McCain who grew up in Carson and Treynor, Iowa, is an American musician, songwriter, producer and label executive, whose songs have been collectively streamed worldwide over 15 million times. McCain is the founder, lead guitarist, songwriter and producer for the hard rock band Through Fire, signed to Sumerian Records, and also works for Sumerian doing licensing and A&R.