Idool is the Belgian version of the Idol series. The series was launched in late 2002 by Belgian television network vtm. The contestants are first narrowed down to 100 contestants, and then down to 30-50 through several auditions and tests by a panel of judges. From this point on, the viewers decide who are in and who are out, and the judges limit themselves to commenting. TV viewers being what they are, the votes are based not solely on the singer's vocal performance, but also on his or her looks, clothes, entertainment value, and other factors.

In difference to the versions from other countries of the franchise, several contestants achieved on-going success in the local music industry, most notably Natalia Druyts, runner-up from season one, who managed to sell over 400,000 albums, and over 1 million concert tickets between 2003 and 2010 in Flanders; and Hadise Açıkgöz, who did not even make the top 10 in Season 1 but nevertheless became a career musician who represented Turkey in the Eurovision Song Contest 2009 placing 4th. [1] In 2012 vtm replaced Idool with another singing talent competition, The Voice van Vlaanderen , while still retaining the rights to Idool's format.

Auditions were held in Antwerp, Ghent & Brussels where the top 100 was invited to the next round. The season was launched in late 2002 and was aired until May when Peter Evrard narrowly beat Natalia Druyts with just 50.7% of the votes. Evrard would eventually represent his country on World Idol later that year where managed to place as 2nd runner-up but was clearly outdone by his female competition on a larger scale. The show saw most of its finalists landing record deals, most notably Wim Soutaer and Brahim Attaeb, who placed 3rd and 4th respectively. Other cast members included Hadise Açıkgöz, who started a successful singing career the year later and became the host of the second season of X Factor, Udo Mechels who won the first season of X Factor and Johan Waem, who achieved European-wide success under his stage name Danzel. All of the three managed to enter the top 50 but were not chosen by the viewers to advance to the final 10.

The second season started exactly one year after the final of the first season, but the high expectations based on the former success of the format could not have been fulfilled. Winner Joeri Fransen only recorded one album and was later dropped by his record company. Second runner-up Sandrine Van Handenhoven almost presented her country in the Eurovision Song Contest 2007 and became the host of the local Big Brother version. Annelies Cappaert, who placed 10th, and her sister Sarah Cappaert, who made the top 30, later participated on X-Factor as The Cappaert Sisters where they placed second behind Idool 2003-semifinalist Udo Mechels.

After an absence for three years, in which the first Flemish season of X Factor was aired on VTM, the show returned with the Wauters as a host. Jean Blaute remained as the only judge from the last two seasons. On May 23, 2007 Dean Delannoit won over Esther Sels, making him the third male contestant to win the show. His album managed to top the Flemish charts and his debut-single placed 2nd. However like Fransen, he failed to achieve any significant success after his debut. In 2012 he teamed up with later winner Kevin and finalist Dennis to form 3m8s.

Season 4 started airing on February 2, 2011. The Wauters brothers were hosting their 4th season and Jean Blaute remained as the sole original judge seated next to three firsttimers on the panel. Prior to the kick-off the internet users had to choose their favourite among the online-applicants who automatically qualified for the top 15. [2] As an innovation, the judges-save rule was introduced in which the judging panel were able to save an eliminated contestant. The save-could only be used once in the season. The season was won by Kevin Kayirangwa. Following his victory he scored three hits. Because he was dropped by his record company, he formed 3M8S with former winner of Idool 2007 Dean Delannoit and Dennis De Neyer, a co-contestant in season 4 of Idool.

Idols is a television show on the South African television network Mzansi Magic, and previously on M-Net, based on the popular British show Pop Idol. The show is a contest to determine the best young singer in South Africa.

Indonesian Idol is a reality television singing competition created by Simon Fuller and produced by RCTI Production Team and FremantleMedia Asia, which began airing on RCTI in March 2004 and became one of the most popular shows in the history of Indonesian television. Part of the Idol franchise, it was as a spin-off from the UK show Pop Idol. 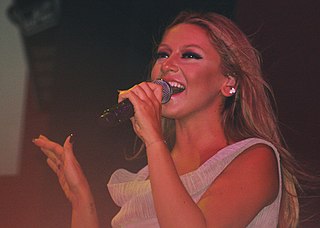 Hadise Açıkgöz Dinçerler is a Belgian-Turkish singer-songwriter, dancer, and television personality. Born and raised in Belgium, her family is of Lezgin-Kumyk origin who settled in Sivas, Turkey. In 2003, she participated in the Belgian singing competition show Idool 2003, but rose to fame after releasing her debut album Sweat in 2005. The album spawned 5 singles and earned Hadise both a TMF Award (Belgium) and Golden Butterfly Award (Turkey). Hadise established and maintained a successful career in both Belgium and Turkey with the release of her self-titled album Hadise (2008). The album, which includes English and Turkish songs, features the single "Deli Oğlan" that became a number-one hit in Turkey.

X Factor was the Flemish version of the British show The X Factor, created by Simon Cowell. The new X Factor series was a successor to Idool which features contestants & jury members from both seasons.

Factor X is the Spanish version of the British television music competition The X Factor, created by Simon Cowell. The show, first aired on Cuatro between 2007 and 2008, following the British format from 2005 to 2006, with three categories, mentored by one judge each, whom choose the acts to represent the category in the live shows. The judges were singer and DJ Miqui Puig, music manager and headhunter Eva Perales and music radio producer Jorge Flo. Nuria Roca hosted the show. The first season was won by María Villalón. The second season was won by Vocal Tempo. 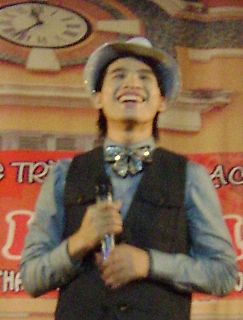 Vietnam Idol, season 2 was the second season of Vietnam Idol. This season was co-produced by Đông Tây Promotion, and Ho Chi Minh City Television. It aired on 3 September 2008 on HTV7 Channel with one episode per week, later raised to 2 episodes following the semi-finals. 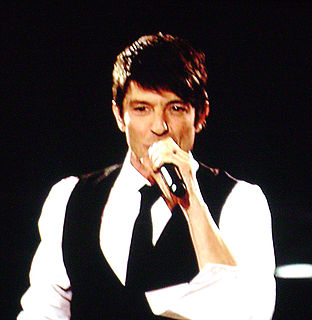 Idool 2011 is the fourth season of Idool. A talent show based on the British talent show Pop Idol. It premiered on February 2, 2011. after an absence for four years. 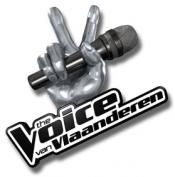 The Voice van Vlaanderen is a Belgian reality singing competition for the Flemish part of Belgium. It is part of the franchise that started in the Netherlands as The Voice of Holland. It kicked off on November 25, 2011 on VTM, shortly before the francophone Belgian variant The Voice Belgique went on air. Up to now, the show has aired seven seasons.

Belgium's Got Talent is the Dutch language format of the Got Talent series, which was created by Simon Cowell, who also created the series The X Factor. It is broadcast on the Flemish language channel VTM, and is hosted by Koen Wauters and Laura Tesoro.

The Voice Senior is a Belgian reality singing competition for the Flemish part of Belgium, and which is part of the franchise that started in the Netherlands as The Voice of Holland. It kicked off in 2018 on VTM, shortly before the francophone Belgian variant The Voice Belgique went on air.

The first season of The Masked Singer based on the Masked Singer franchise which originated from the South Korean version of the show King of Mask Singer. It premiered on VTM on 18 September 2020, and is hosted by Niels Destadsbader. The season was won by singer Sandra Kim as "Queen", with actor-singer Giovanni Kemper finishing second as "Diver", and actor Kevin Janssens placing third as "Wolf".