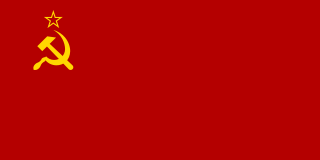 A Flea in Her Ear is a play by Georges Feydeau written in 1907, at the height of the Belle Époque.

Rosters at the 2000 IIHF World Championship in Russia.

Elena Mikhailovna Kostenko is a Soviet Russian painter, living and working in Saint Petersburg, a member of the Saint Petersburg Union of Artists, regarded as one of the major representatives of the Leningrad school of painting, most famous for her portrait paintings.

Third National Art Exhibition "Soviet Russia" became a main national art event of 1967, as well as one of the largest Soviet art exhibitions of the 1960s. The exhibition took place in Manezh Exhibition Hall.