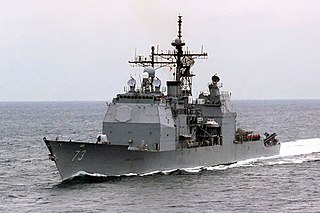 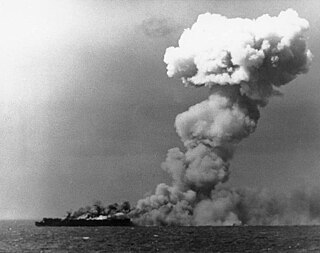 The Battle of Leyte Gulf is considered to have been the largest naval battle of World War II and is, by some criteria, a contender for the title "largest naval battle in history", with over 200,000 naval personnel involved. It was fought in waters near the Philippine islands of Leyte, Samar, and Luzon, from 23–26 October 1944, between combined American and Australian forces and the Imperial Japanese Navy (IJN), as part of the invasion of Leyte, which aimed to isolate Japan from the countries it had occupied in Southeast Asia which were a vital source of industrial and oil supplies. 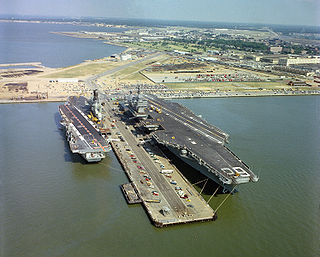 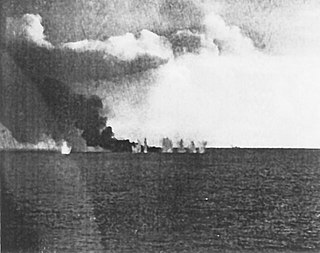 The Imperial Japanese Navy in World War II, at the beginning of the Pacific War in December 1941, was the third most powerful navy in the world, and the naval air service was one of the most potent air forces in the world. During the first six months of the war, the Imperial Japanese Navy enjoyed spectacular success inflicting heavy defeats on Allied forces, being undefeated in every battle. The attack on Pearl Harbor crippled the battleships of the US Pacific Fleet, while Allied navies were devastated during Japan's conquest of Southeast Asia. Japanese naval aircraft were also responsible for the sinkings of HMS Prince of Wales and HMS Repulse which was the first time that capital ships were sunk by aerial attack while underway. In April 1942, the Indian Ocean raid drove the Royal Navy from South East Asia. After these successes, the Japanese now concentrated on the elimination and neutralization of strategic points from where the Allies could launch counteroffensives against Japan's conquests. However, at Coral Sea the Japanese were forced to abandon their attempts to isolate Australia while the defeat at Midway saw them forced on the defensive. The campaign in the Solomon Islands, in which the Japanese lost the war of attrition, was the most decisive; they had failed to commit enough forces in sufficient time.

Yahagi (矢矧) was an Agano-class cruiser which served with the Imperial Japanese Navy (IJN) during World War II. 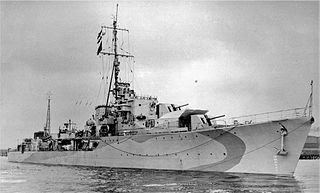 HMS Saumarez was an S-class destroyer of the Royal Navy, completed on 1 July 1943. As a flotilla leader, her standard displacement was 20 tons heavier than other ships of her class. She continued the tradition of flotilla leaders being named after prominent British seamen, in her case Vice-Admiral James Saumarez, 1st Baron de Saumarez of the late 18th and early 19th centuries. 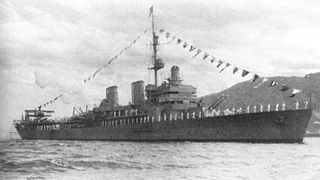 The Battle of the Eastern Solomons was fought August 23–25, 1942 in the waters east and northeast of the Solomon Islands by forces of the Imperial Japanese Navy's Combined Fleet and the US Navy's Pacific Fleet. The battle resulted from a major effort by the Japanese to reinforce their troop strength on the island of Guadalcanal. The Japanese high command had realized this reinforcement was necessary following the annihilation of the Ichiki Detachment by the 1st Marines a few days earlier.