The Rikugun Ki-202 Shūsui-Kai was a direct development of the German Messerschmitt Me 163 Komet rocket-powered interceptor aircraft. None were produced before Japan's surrender that ended World War II. 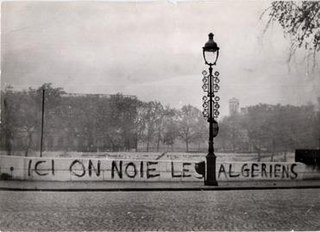 The Paris massacre of 1961 occurred on 17 October 1961, during the Algerian War (1954–62). Under orders from the head of the Parisian police, Maurice Papon, the French National Police attacked a demonstration of some 30,000 pro-National Liberation Front (FLN) Algerians. After 37 years of denial and censorship of the press, in 1998 the French government finally acknowledged 40 deaths, although there are estimates of 100 to 300 victims. Death was due to heavy-handed beating by the police, as well as mass drownings, as police officers threw demonstrators in the river Seine. 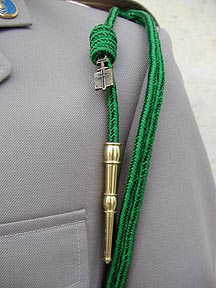 The Order of Liberation is a French Order which was awarded to heroes of the Liberation of France during World War II. It is a very high honour, second only after the Légion d’Honneur. Very few people, military units and communes were ever awarded it; and only for their deeds during World War II. A different order, the Médaille de la Résistance, was created and awarded for lesser but still distinguished deeds by members of the Resistance.

Jean-Marie Domenach was a French writer and intellectual. He was noted as a left-wing and Catholic thinker.

The Mitsubishi Ki-57 was a Japanese passenger transport aircraft, developed from the Ki-21 bomber, during the early 1940s. 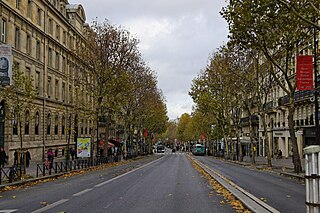 Is Paris Burning? is a 1966 epic war film about the liberation of Paris in August 1944 by the French Resistance and the Free French Forces during World War II. A French-American co-production, it is directed by French filmmaker René Clément, with a screenplay by Gore Vidal, Francis Ford Coppola, Jean Aurenche, Pierre Bost, and Claude Brulé; adapted from the book of the same title by Larry Collins and Dominique Lapierre. The film stars an international ensemble cast that includes French, American, and German stars.

The Passerby is a 1982 French-West German drama film directed by Jacques Rouffio, based on the 1936 novel on the same name by Joseph Kessel, and starring Romy Schneider and Michel Piccoli. It was the last film of Schneider.

Charles André Mare (1885–1932), or André-Charles Mare, was a French painter and textile designer, and co-founder of the Company of French Art in 1919. He was a designer of colorful textiles, and was one of the founders of the Art Deco movement. Musée d'Art Moderne de Paris or MAM Paris, is a major municipal museum dedicated to modern and contemporary art of the 20th and 21st centuries, including monumental murals by Raoul Dufy and Henri Matisse. It is located at 11, Avenue du Président Wilson in the 16th arrondissement of Paris. 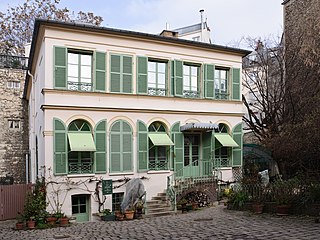 Bernheim-Jeune gallery is one of the oldest art galleries in Paris.