Born and raised in Oroville, California, Johnson graduated from Oroville High School in 1995 and began his college baseball career at Shasta College, a junior college in Redding, California, in 1997. [2] [7] After two years at Shasta, Johnson transferred to Point Loma Nazarene in the 1998–99 school year to complete his college career. A second baseman and starter in the 1999 and 2000 seasons, he hit .326 for the Sea Lions as a senior. [4]

While completing his bachelor's degree in physical education, Johnson became an assistant coach at Point Loma Nazarene in 2001 and remained an assistant coach after graduating before being promoted to head coach for the 2005 season. [8] Johnson led the Sea Lions to a #6 national ranking in the NAIA and a division championship. [4]

On August 23, 2005, Johnson became an assistant coach at the University of San Diego. [9] The Toreros won three West Coast Conference championships and made four appearances in the NCAA Division I Baseball Championship with Johnson on staff. [4]

In two seasons at Nevada, Johnson guided the Wolf Pack to a 72–42 record. In 2015, Nevada posted a 41–15 record and captured the school's first-ever Mountain West title with a 22–7 mark in league play. The Wolf Pack was ranked in the top 25 for much of the season and totaled a 13–1 record in series of at least three games. The 41 overall wins ranked second in program history. In 2015 Johnson was named Mountain West Coach of the Year.

In 2016 Johnson guided the wildcats to a seventh appearance in the College World Series where they ended up falling to Coastal Carolina in the championship series.

Below is a table of Johnson's yearly records as an NCAA head baseball coach. [11]

Edward Nelson Sprague Jr. is an American former Major League Baseball third baseman. He played 11 seasons in the major leagues from 1991 to 2001, with six different teams. He later served as the head baseball coach of the NCAA's Pacific Tigers for 12 seasons, from 2004 to 2015. He is now the Oakland Athletics Coordinator of Instruction. 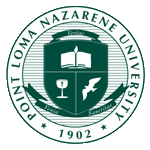 Point Loma Nazarene University (PLNU) is a private Christian liberal arts college with its main campus on the Point Loma oceanfront in San Diego, California. It was founded in 1902 as a Bible college by the Church of the Nazarene.

The Golden State Athletic Conference (GSAC) is a college athletics conference in the National Association of Intercollegiate Athletics (NAIA). The conference commissioner is Mike Daniels. Conference leadership is shared among the member institutions. Nine of the ten members of the GSAC are Christian colleges located in California and Arizona. Conference teams have won 20 national championships.

Eric Patrick Musselman is an American college basketball coach who is the current head men's basketball coach at the University of Arkansas. He is the former head coach of the Sacramento Kings and Golden State Warriors of the National Basketball Association (NBA). Between head coaching stints at Golden State and Sacramento, Musselman served as an assistant for the Memphis Grizzlies under Mike Fratello. He moved to the college coaching ranks in 2012 as an assistant at Arizona State. From 2014-19, he was the head coach for Nevada. The son of former NBA head coach Bill Musselman, Eric Musselman was a head coach in the Continental Basketball Association (CBA) before becoming an assistant coach with the Minnesota Timberwolves, Orlando Magic, and Atlanta Hawks.

Trent Aubrey Johnson is an American college basketball coach who is currently an assistant coach at California. Johnson had previously been the head coach at Texas Christian University, Louisiana State University, Stanford University, and University of Nevada.

Paul Mainieri is a former baseball coach and second baseman. He played college baseball at LSU, Miami-Cade CC and New Orleans before pursing a professional baseball career. He then served has the head coach of the St. Thomas Bobcats (1983–1988) the Air Force Falcons (1989–1994), the Notre Dame Fighting Irish (1995–2006) and the LSU Tigers (2007–2021). Mainieri coached LSU to the 2009 College World Series Championship.

The LSU Tigers baseball team represents Louisiana State University in NCAA Division I college baseball. The team participates in the West Division of the Southeastern Conference. It is one of the elite college baseball programs in the nation, ranking seventh all-time with 18 College World Series appearances and second all-time with six national championships. The Tigers play home games on LSU's campus at Alex Box Stadium, Skip Bertman Field-, and they are currently coached by Jay Johnson.

Raymond Peter "Smoke" Laval is an American college baseball coach who was the head coach of the University of North Florida Ospreys. He is a former head coach of the Louisiana State University Tigers and the University of Louisiana at Monroe Indians baseball teams. He has led his teams to two College World Series, five conference championships, and seven NCAA Division I Baseball Championship appearances, and has received a number of coaching awards.

The New Mexico Lobos are the athletic teams that represent the University of New Mexico, located in Albuquerque. The university participates in the NCAA Division I in the Mountain West Conference (MW) since 1999, after leaving the Western Athletic Conference. The university's athletic program fields teams in 20 varsity sports. The only varsity teams that do not compete in the MW are in sports that the conference does not sponsor—men's soccer, which plays in Conference USA (C-USA); and skiing, which competes in the Rocky Mountain Intercollegiate Ski Association (RMISA). Both teams, however, will be cut following the 2018 season.

The San Diego Toreros are the 17 teams representing the University of San Diego of San Diego, California in intercollegiate athletics. The Toreros compete in NCAA Division I Football Championship Subdivision (FCS) of the National Collegiate Athletic Association (NCAA) and are members of the West Coast Conference for most sports.

The Texas A&M Aggie baseball team represents Texas A&M University in NCAA Division I college baseball. The Aggies have competed in the Southeastern Conference since 2013. The Aggies play home games at Olsen Field at Blue Bell Park. The team is led by head coach Jim Schlossnagle.

The San Diego Toreros baseball team is the varsity intercollegiate baseball program of the University of San Diego, located in San Diego, California, United States. The program has been a member of the NCAA Division I West Coast Conference since prior to the 1985 season. Since 2013, its home venue has been Fowler Park, located on the University of San Diego campus. Rich Hill has been the program's head coach since prior to the 1999 season. As of the end of the 2012 season, the team has appeared in seven NCAA Tournaments, all since 2002. It has won four conference championship series, three regular season conference championships, and two regular season division championships. As of the start of the 2014 Major League Baseball season, 15 former Toreros have appeared in Major League Baseball.

Mitch Gaspard is an American college baseball coach and former second baseman. He is the hitting coach and recruiting coordinator at Louisiana Tech University. Gaspard played college baseball at Louisiana State University from 1984 to 1985 before transferring to the University of Houston where he played from 1986 to 1987. He is the former head coach of the Alabama Crimson Tide baseball team. Gaspard agreed to a 3-year contract on September 1, 2009, starting in 2010. The 2010 season was Gaspard's first season as the head coach of the Crimson Tide. He had been on the Alabama coaching staff for ten years, and was given the head coaching position when Jim Wells retired. He resigned from Alabama on May 30, 2016.

The Southern Illinois Salukis baseball team represents Southern Illinois University in NCAA Division I college baseball. They are part of the Missouri Valley Conference. Twenty-four Saluki Baseball alumni have gone on to the Major Leagues.

The Point Loma Nazarene University Sea Lions are the 11 varsity athletic teams that represent Point Loma Nazarene University, located in San Diego, California, in NCAA Division II intercollegiate sports. Point Loma officially became an active member in the NCAA during the Summer of 2014, which signified the conclusion of their three-year transition process from the NAIA to NCAA Division II. The Sea Lions compete as members of the Pacific West Conference for all sports. PLNU was previously a member of the NAIA's Golden State Athletic Conference (GSAC).

The 2012–13 San Diego Toreros women's basketball team represented the University of San Diego in the 2012–13 college basketball season. The Toreros, members of the West Coast Conference, were led by head coach Cindy Fisher, in her 8th season at the school. The Toreros played their home games at the Jenny Craig Pavilion on the university campus in San Diego, California. For the season the Toreros went 22–10, 12–4 in conference, and finished 2nd in the WCC. They qualified for the 2013 Women's National Invitation Tournament where they lost to Utah in the 2nd Round.

Daulton Hommes is an American basketball player for Vanoli Cremona of the Italian Lega Basket Serie A (LBA). Daulton is well known for backing up starting point guard Nolan Wolffis on the famed 2012 Lynden Christian state championship team. After graduating high school, he played college basketball for Point Loma Nazarene University, where he was named the NABC Division II National Player of the Year for the 2018–19 season.