Sawyer grew up in Fort Atkinson, Wisconsin, and is the son of Linda Sawyer and sculptor Gerald P. Sawyer. [2] He is of German ancestry. [3] He earned a BA degree from Lawrence University in Appleton, Wisconsin. In addition to being a history major, Sawyer participated in the theater (including mounting a production of Assassins ). After Lawrence, Sawyer moved to California.

Starting as a web designer at Black Isle Studios in 1999, he quickly worked his way up the ladder to an associate designer position and then lead designer on Icewind Dale II . [4] [5] While at Black Isle he was known for coming up with the "Ex-Presidents" project naming system.

In November 2003 Sawyer announced his departure from Black Isle, where he had been serving as lead designer of Fallout 3 , to pursue other projects. [6] Interplay went on to close Black Isle two weeks after Sawyer's departure. [7]

On July 19, 2005, GameSpot reported that he had left Midway's Gauntlet: Seven Sorrows , and was accepting a position at Obsidian Entertainment, a studio founded and staffed by many veterans of Black Isle. His first role was as the lead designer for Neverwinter Nights 2 . [8]

He later acted as the project director and lead designer of Fallout: New Vegas . In December 2011 Sawyer publicly released a New Vegas mod designed for his own personal use adding a large variety of small tweaks to the game ranging from rebalancing the karma of certain characters to slowing down the level up speed. [9] As of November 2012, this mod is up to version 5.1 which was released in September 2012. [10]

He also served as the project director and lead designer on the Aliens RPG. [11] Sega, the game's planned publisher, subsequently canceled the project resulting in layoffs at Obsidian. [12] According to Obsidian CEO Feargus Urquhart, the game - titled Aliens: Crucible [13] - "looked and felt like it was ready to ship". [14] [15]

In 2012, with Obsidian on the brink of financial disaster after the cancellation of another project by a publisher, Sawyer proposed the company return to its design roots by making an isometric RPG in the style of those created at Black Isle. Arguing there was a market for this type of game among fans, Sawyer suggested turning to the platform Kickstarter to secure funding for development without a publisher. He succeeded in persuading company leadership, and the game, Pillars of Eternity , met its Kickstarter funding goal of 1.1 million dollars in 27 hours. It ultimately raised nearly four million dollars, setting a Kickstarter record at the time. [16] [17] [18] Sawyer later served as the director and narrative designer on its sequel, Pillars of Eternity II: Deadfire , which was also crowdfunded and released in 2018.

BioWare is a Canadian video game developer based in Edmonton, Alberta. It was founded in 1995 by newly graduated medical doctors Ray Muzyka and Greg Zeschuk, alongside Trent Oster, Brent Oster, Marcel Zeschuk and Augustine Yip. As of 2007, the company is owned by American publisher Electronic Arts.

Black Isle Studios was a division of the developer and publisher Interplay Entertainment that developed role-playing video games. It published several games from other developers.

Chris Avellone is an American video game designer and comic book writer. Avellone worked for Interplay and Obsidian Entertainment before working as a freelancer. He is best known for his work on role-playing video games such as Planescape: Torment and the Fallout series.

Icewind Dale II is a role-playing video game developed by Black Isle Studios and published by Interplay Entertainment, released on August 27, 2002. Like its 2000 predecessor Icewind Dale, the game is set in the Forgotten Realms fantasy setting in the Icewind Dale region. The player assumes control of a group of mercenaries in a war between the Ten Towns of Icewind Dale and a coalition of persecuted races and religions. 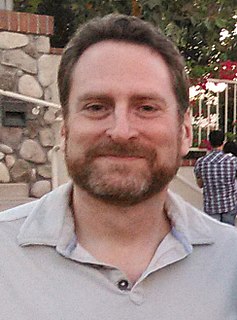 Leonard Boyarsky is an American computer game designer and visual artist. He is one of the key designers of the video games Fallout and Diablo III. 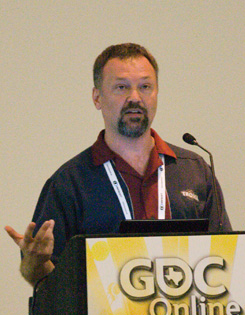 Tim Cain is an American video game developer best known as the creator, producer, lead programmer and one of the main designers of the 1997 computer game Fallout. In 2009 he was chosen by IGN as one of the top 100 game creators of all time.

Alpha Protocol is an action role-playing game developed by Obsidian Entertainment and published by Sega. It was released for Microsoft Windows, PlayStation 3, and Xbox 360 in May 2010. The player assumes control of agent Michael Thorton, a new recruit at a clandestine United States agency called Alpha Protocol, which is given unlimited resources to conduct covert operations on behalf of the government. Thorton becomes a rogue agent and must unravel an international conspiracy to stop a war. Throughout the game, players must make many choices that affect the narrative. Played from a third-person perspective, players can confront enemies using firearms, gadgets, martial arts, and stealth. The game features extensive customization and a dialogue stance system that allows players to select dialogues based on three different tones.

Fallout: New Vegas is a post-apocalyptic action role-playing video game developed by Obsidian Entertainment and published by Bethesda Softworks. It was announced in April 2009 and released for Microsoft Windows, PlayStation 3, and Xbox 360 on October 19, 2010. A spin-off of the Fallout series, the game is set in a post-apocalyptic open world environment that encompasses a region consisting of Arizona, California, and Nevada. It is set in a world that deviated onto an alternate timeline thanks to Atomic Age technology, which eventually led to a global nuclear apocalypse in the year 2077 in an event referred to as "The Great War", caused by a major conflict between the U.S. and China over natural resources. The main story of New Vegas takes place in the year 2281, four years after the events of Fallout 3 and 204 years after the bombs fell. It is not a direct sequel, but does mark the return of several elements found in Fallout 2.

Brian Mitsoda is an American video game designer and writer best known for his work on the 2004 game Vampire: The Masquerade – Bloodlines. He is the founder of DoubleBear Productions. 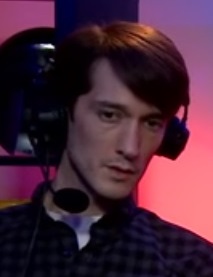 George Ziets is an American video game designer best known as the Creative Lead for the 2007 PC title Neverwinter Nights 2: Mask of the Betrayer.

Pillars of Eternity is a role-playing video game developed by Obsidian Entertainment and published by Paradox Interactive. It was released for Microsoft Windows, OS X, and Linux on March 26, 2015. The game is a spiritual successor to the Baldur's Gate and Icewind Dale series, along with Planescape: Torment. Obsidian started a crowdfunding campaign on Kickstarter for it in September 2012. The campaign raised over US$4 million, which was the highest funded video game at the time. The game uses the Unity engine.

Annie VanderMeer is an American video game designer specializing in role-playing video games, best known for her writing work on the 2008's Neverwinter Nights 2: Storm of Zehir and her design work on the 2012's Guild Wars 2, and DoubleBear Productions' Dead State and PANIC at Multiverse High!.

Icewind Dale: Enhanced Edition is a remake of the Black Isle Studios 2000 role-playing video game Icewind Dale and its expansions Icewind Dale: Heart of Winter and Trials of the Luremaster. Enhanced Edition was developed by Overhaul Games, a division of Beamdog, and published by Atari for Microsoft Windows, Mac OS X, Linux, iOS, and Android. 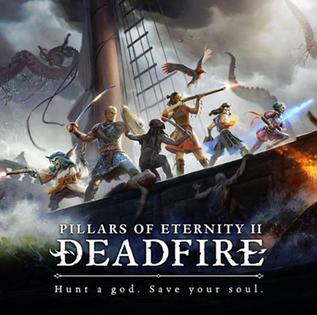 Pillars of Eternity II: Deadfire is a role-playing video game developed by Obsidian Entertainment and published by Versus Evil. It is the sequel to 2015's Pillars of Eternity, and was released for Microsoft Windows, Linux, macOS in May 2018, and for PlayStation 4, and Xbox One in January 2020. It will be released for the Nintendo Switch at a later date. The game was announced in January 2017 with a crowdfunding campaign on Fig, where it reached its funding goal within a day.