In April 1866, the Holston Presbytery assembled at the old Pleasant Grove Church in Bristol, Tenn., to establish a Christian college. The College was built on 25 acres (100,000 m2) of land in Bristol that had been donated by Reverend James King, in whose honor it is named. [2] The first classes were offered in August 1867. [3]

When the college outgrew its small campus, King's grandson Isaac Anderson donated land on a hillside east of Bristol and in 1917 the college moved to its present location. [3]

In January 2013, King College announced that it would change its name to King University. [4] The name change reflects the master's-level, comprehensive benchmark that King has reached in recent years. Becoming a university was the natural unfolding of King's strategic plan, unveiled in 1998, to create an even broader mix of programs based on a university model. On June 1, 2013, King College officially became King University.

In December 2013, King University was granted a Level V designation by the Southern Association of Colleges and Schools Commission on Colleges (SACSCOC), after a two-year application and review process. As a result, King University began its first doctoral program, a Doctorate of Nursing Practice, in Fall 2014. [5]

The King University campus is located on 135 acres (55 ha) approximately 1.7 miles (2.7 km) from downtown Bristol, Tennessee. All main buildings on campus are brick and of Georgian-style architecture. [3] King University also has three additional Tennessee campuses located in Kingsport and Knoxville. There are 10 additional instructional locations across Southwest Virginia and Tennessee. [6]

King employs more than 80 full-time faculty members and has a student:faculty ratio of 13:1. [11]

The Core Curriculum of King University underwent its last major revision by the faculty during Spring, 2009. The Core is composed of a Common Experience, four semester hours of courses that all tradition undergraduates must take at the college, and General Education, thirty-eight hours of courses that span the traditional liberal arts. [12]

The Student Government Association is the formal representative entity for the student body, consisting of elected executive officers (President and Vice President) and a Senate representing each class (Freshman, Sophomore, Junior, and Senior). The SGA serves as the voice of the students to the board of trustees, administration, faculty, and staff. The SGA also charters, funds, and oversees other student organizations.

Student Ministry Teams include: The Refreshment Company (a music-based ministry), The Dawn Treaders (a theatrical ministry), and Corps for Christ (a dance ministry).

Students have the opportunity to work in journalism and publishing. The Kayseean is the student newspaper. The school's yearbook is The Tornado.

The university is a member of NCAA-Division II and Conference Carolinas. [14]

The university nickname, the Tornado, was adopted in 1922 following a 206-0 football win over North Carolina rival Lenoir College (now Lenoir-Rhyne). [15] The local newspaper covering the event wrote the headline "King College's Victory Was 'Tornado' Of Week's Games" and began referring to the football team as the "Tornado". [16] This is a record score which stands in the annals of collegiate football as one of the highest ever won on the gridiron. [17]

Twister, a lion, was unveiled as the University's new mascot on September 2, 2011. Twister is a fearless lion that represents the determination and courage reflected in King's adventure as a NCAA Division II institution. Equipped with his King colors of navy blue and scarlet red, Twister dons the number 11 on his back while rallying those in Tornado Athletics and the King University community. [18]

Students have many opportunities to explore Christian beliefs and spiritual traditions. Opportunities abound with chapel, the King Institute for Faith and Culture, Christian ministry groups, and service projects. Each year, student teams also travel nationally and internationally for a range of mission and study abroad trips.

The King University Institute for Faith and Culture

The King Institute for Faith and Culture sponsors on-campus convocations (generally on Mondays at 9:15 a.m.) as well as evening lectures either on campus or in community venues, that feature speakers from a variety of backgrounds to examine the ways in which faith informs art and public life and cultivate conversation about what faith has to do with books, politics, social discourse, music, visual arts, and more.

Iona College is a private Catholic college in New Rochelle, New York. It was founded in 1940 by the Congregation of Christian Brothers and occupies a campus of 45 acres (0.18 km2).

Bethel University is a Christian university in McKenzie, Tennessee with satellite campuses located in Memphis, Nashville, Chattanooga, Jackson, Paris, and Clarksville.. It is accredited to bestow degrees up to the master's level. 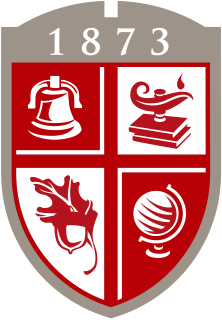 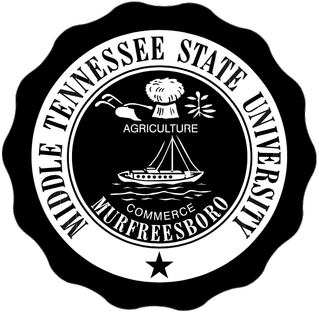 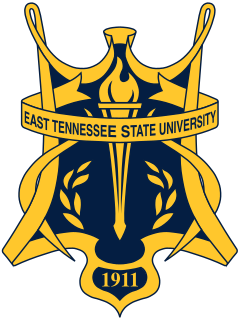 Union University is a private evangelical Christian university in Jackson, Tennessee, with additional campuses in Germantown and Hendersonville. The university is affiliated with the Tennessee Baptist Convention and relates to the Southern Baptist Convention. It is a union of several different schools: West Tennessee College, formerly known as Jackson Male Academy; Union University of Murfreesboro; Southwestern Baptist University; and Hall-Moody Junior College of Martin, Tennessee.

Erskine College is a private Christian college in Due West, South Carolina. It offers an undergraduate liberal arts college and a graduate theological seminary. The college was founded in 1839 by the Associate Reformed Presbyterian Church and its sports teams compete in NCAA Division II as a member of Conference Carolinas. 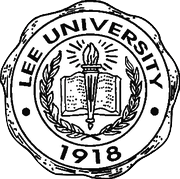 Lee University is a private Christian university in Cleveland, Tennessee. It was originally the Church of God Bible Training School, a small Bible institute founded in 1918 with twelve students and one teacher. The school grew and became Lee College, with a Bible college and junior college on its current site, in 1948. Twenty years later, Lee received accreditation by the Southern Association of Colleges and Schools as a four-year liberal arts college. In 1997, Lee made the transition from college to comprehensive liberal arts university granting graduate degrees. The university is divided into six colleges and schools: the College of Arts & Sciences, the Helen DeVos College of Education, the School of Business, the School of Music, the School of Nursing, and the School of Religion. The university also offers online degrees through the Division of Adult Learning. The university is named for F.J. Lee, its second president. 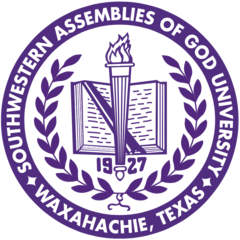 Johnson University is a private, Christian university with its main campus in Kimberlin Heights, Tennessee and a second campus in Kissimmee, Florida.

Bryan College is a private Christian liberal arts college in Dayton, Tennessee. It was founded in the aftermath of the 1925 Scopes Trial to establish an institution of higher education that would teach from a Christian worldview. 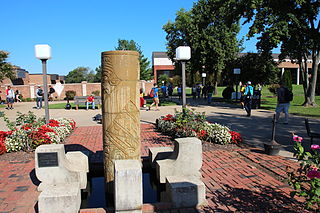 Volunteer State Community College is a public community college in Gallatin, Tennessee. It is part of the Tennessee Board of Regents. 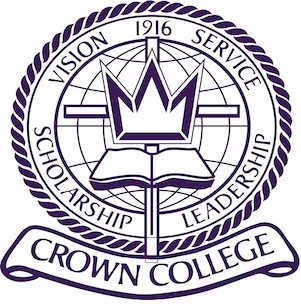 Crown College is a private Christian college in St. Bonifacius, Minnesota, a small town located 30 miles west of Minneapolis. The college has both on-campus and online programs.

Otterbein University is a private university in Westerville, Ohio. It offers 74 majors and 44 minors as well as eight graduate programs. The university was founded in 1847 by the Church of the United Brethren in Christ and named for United Brethren founder the Rev. Philip William Otterbein. As a result of a division and two mergers involving the church, it has been associated since 1968 with the United Methodist Church. In 2010, its name was changed back from Otterbein College to Otterbein University because of an increasing number of graduate and undergraduate programs.

Schenley Quadrangle is a cluster of University of Pittsburgh residence halls that is a Pittsburgh History and Landmarks Foundation Historic Landmark and are contributing properties to the Schenley Farms National Historic District in Pittsburgh, Pennsylvania, United States. 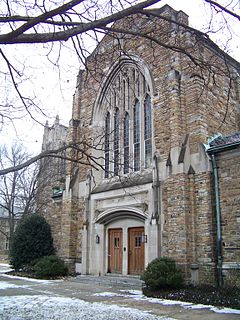 Scarritt College for Christian Workers was a college associated with the United Methodist Church in Nashville, Tennessee, USA. The campus is now home to Scarritt Bennett Center.