In January 1970, Tim F. LaHaye, pastor of the former Scott Memorial Baptist Church of San Diego and co-author of the fictional Left Behind series of books, Art Peters and Henry M. Morris discussed the need for a Christian college on the West Coast where studies could be developed within the framework of creationism based on the Genesis creation narrative. That year, classes began at Christian Heritage College, supported by Scott Memorial Baptist Church. [2] The first degrees were awarded in 1973.

In 1984, it was first accredited by the Western Association of Schools and Colleges (WASC). In 2005, the college changed its name to San Diego Christian College. In 2015, the college moved to its new location in Santee, CA.

In 2005, Christian Heritage College became San Diego Christian College and in 2014, SDCC moved to its new campus in Santee. The new campus consists of five buildings, with an athletic annex office and residential apartments which are located 1.8 miles off campus.

Its five buildings include smart classrooms, laboratories, chapel auditorium, cafeteria, counseling rooms, a library and faculty and staff offices. The library has a growing collection of over 450,000 items. Aviators train at Gillespie Field in El Cajon.

In its 2020 rankings, U.S. News and World Report ranks San Diego Christian College as #11 in its "Regional Colleges West" category (not to be confused with "Regional Universities West"), out of the 64 schools listed in that category ("regional college" is defined as "colleges focus on undergraduate education but grant fewer than half their degrees in liberal arts disciplines"). [1] PayScale ranks SDCC very low on its "College Return on Investment" list, placing it at 1,591 out of the 1,995 listed (including financial aid). [7]

In just their first year of a program in 2015, the SDCC men's tennis team went to the NAIA National Tournament held in Mobile, Ala. The Hawks lost in the Quarterfinal round against eventual winner and No. 1 team Georgia Gwinnett. The Hawks were ranked as high as No. 8 in the NAIA Top 25 Poll during the season.

In 2014, the SDCC baseball team was a finalist in the NAIA World Series after a record breaking year. The Hawks finished with a 42-20 overall record that included a GSAC Regular Season Championship as well as being ranked 5th in the NAIA Top 25 Poll. 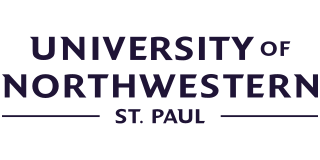 University of Northwestern (UNW) is a private Christian university in Roseville, Minnesota. It was founded in 1902. UNW also owns a chain of radio stations across the Midwest and Eastern United States, broadcasting listener-supported Christian music and teaching programs. Noted evangelist Billy Graham served as the school's second president from 1948 to 1952.

The National Christian College Athletic Association (NCCAA) is an association of Christian universities, colleges, and Bible colleges in the United States whose mission is "the promotion and enhancement of intercollegiate athletic competition with a Christian perspective". The national headquarters is located in Greenville, South Carolina. The NCCAA was formed in 1968. For the 2021–2022 season, the NCCAA listed 92 members, 56 of which participate in Division I and 36 in Division II. Many teams in the NCCAA are also in other athletics associations, including NCAA, NAIA, and ACCA.

Johnson University Florida is a private, Christian university with its campus in Kissimmee, Florida. It is part of the Johnson University system with its main campus outside Knoxville Tennessee and an online campus. It is affiliated with the Independent Christian Church of the Restoration Movement.

Vanguard University of Southern California is a private Christian university in Costa Mesa, California. It was the first four-year college in Orange County. The university offers over 39 undergraduate degrees and emphases in 15 different departments. The university also offers adult-learning programs in its professional studies department and features six graduate degrees. It is accredited by the Western Association of Schools and Colleges (WASC). 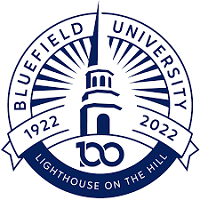 Bluefield University is a private Baptist university in Bluefield, Virginia. It offers 22 majors and is accredited by the Southern Association of Colleges and Schools. The 82-acre (330,000 m2) campus is about 150 ft (46 m) from the state line between Virginia and West Virginia. It is affiliated with the Baptist General Association of Virginia. Bluefield University merged with Edward Via College of Osteopathic Medicine medical school system located at the campus of Virginia Tech in Blacksburg, Virginia.

Simpson University is a private, Christian university in Redding, California. Originally founded in 1921 in Seattle as Simpson Bible Institute, the institution relocated to San Francisco in 1955 and then to Redding in 1989.

Bethel University is a private Christian liberal arts university in Mishawaka, Indiana. It was established in 1947 and is affiliated with the evangelical Christian Missionary Church.

The Golden State Athletic Conference (GSAC) is a college athletics conference in the National Association of Intercollegiate Athletics (NAIA). The conference commissioner is Mike Daniels. Conference leadership is shared among the member institutions. Nine of the ten members of the GSAC are Christian colleges located in California and Arizona. Conference teams have won 20 national championships.

Mid-America Christian University (MACU) is a private liberal arts college in Oklahoma City, Oklahoma. MACU is an endorsed agency of the Church of God and is accredited by The Higher Learning Commission. MACU was initially founded as the South Texas Bible Institute in 1953 in Houston Heights, Houston, Texas. 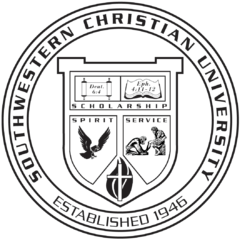 Southwestern Christian University is a private Pentecostal university in Bethany, Oklahoma. It was founded in 1946 as Southwestern Bible College in Oklahoma City, Oklahoma, and was the first Pentecostal educational institution in the state. While it was established as a Bible college for the training of Christian church leaders within the International Pentecostal Holiness Church, the denomination planned to quickly expand the school into a junior college.

Kentucky Christian University (KCU) is a private Christian university in Grayson, Kentucky. It was founded on December 1, 1919, as Christian Normal Institute, by J. W. Lusby and J. O. Snodgrass. As a "normal school" its programs included a high school, a junior college, and a training program for public school teachers. During the early 1920s its emphasis shifted to educating students for the Christian ministry. Degree programs are offered in six schools within the university: the Sack School of Bible and Ministry, the School of Business, the Keeran School of Education, the School of Distance and General Education, the Yancey School of Nursing, and the School of Social Work and Human Services.

William Jessup University is a private Christian university in Rocklin, California with an additional site in San Jose, California. The university had 1743 students during the 2019-20 academic year, over 1650 being full-time equivalents. Founded in 1939, it has a total undergraduate enrollment of 1,204 on a campus size of 126 acres. 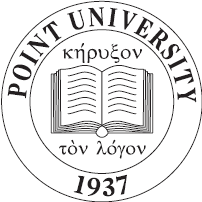 Oakland City University (OCU) is a private university affiliated with the General Baptist Church and located in Oakland City, Indiana. It is the only General Baptist Church-affiliated college or university in the United States. Founded in 1885, it has slowly grown to the present student enrollment of about 1,200 on the main campus and, counting all sites, about 2,000 total. OCU's athletics teams, known as the Oaks, play in the National Christian College Athletic Association (NCCAA) and National Association of Intercollegiate Athletics (NAIA) and the River States Conference.

The Indiana Wesleyan Wildcats are the athletic teams that represent Indiana Wesleyan University. The university currently offers nine intercollegiate sports men, ten sports for women, and co-ed competitive cheer. The Wildcats compete at the National Association of Intercollegiate Athletics (NAIA) level in the Crossroads League for most sports and are the conference's winningest school. In football, the Wildcats compete in the Mid-States Football Association while women's swimming competes in the Mid-South Conference. IWU is also a member of the National Christian College Athletic Association (NCCAA) Division I.