Pepperdine's chief athletic rival is the Loyola Marymount Lions, who are also in the WCC.

Since the school's founding, the school's nickname has been the Waves. It was selected by president Batsell Baxter, as the general consensus among faculty and students was that there were too many animal names in college athletics at the time. Though the school was located in South Los Angeles at the time, the name has stuck, becoming more appropriate after the school's move to Malibu. [2]

The Pepperdine Waves men's basketball team began play in the 1938–1939 season, and has amassed 12 regular-season conference titles and three conference tournament championships. It qualified for the NAIA Men's Basketball Tournament seven times during the 1940s and 1950s. It has made 13 appearances in the NCAA Tournament, six in the National Invitation Tournament, and three in the College Basketball Invitational (CBI), and it won the CBI championship in 2021. Thirty-one former Waves have been drafted in the NBA draft, and 17 have played in the National Basketball Association.

The Pepperdine Waves women's basketball team began play in the 1975–76 season and has won four conference regular-season titles and three conference tournament championships. The Waves have made four appearances in the NCAA Tournament and six in the Women's National Invitation Tournament.

In 1982 Brad Gilbert transferred to Pepperdine University, playing for Allen Fox. He became an All-American and reached the finals of the 1982 NCAA Championship. Gilbert is a 1999 inductee into the Pepperdine Athletics Hall of Fame. [11]

Andrew Sznajder played college tennis at Pepperdine, where he was a two-time All-American selection (1987 and 1988; he was # 3 in college rankings both years). [12] [13] In 1988, he won the Intercollegiate Tennis Association indoor individual championship. He turned pro in his sophomore year. [12]

Pepperdine played football from 1946 to 1961. At the end of the inaugural 1946 season the Waves defeated Nebraska Wesleyan University in the 1947 Will Rogers Bowl. [17]

The school's first mascot was Roland the Wave (a nod to the popular cheer "Roll on you Waves!"). From 1945 to 1950 the school used a wave costume (less amorphous than the current mascot's) on the sidelines. In 1951, Joe the Pelican was introduced at a football game. The idea was quickly dropped, however, because of the expense of caring for a live pelican. In 1952, Willy the Wave made his debut. Willy has always had the head and "hair" of a wave, though he has gone through several costumes, including one with white hair representing the foam of a wave, and the early 1990s version which bore a strong resemblance to the Mac Tonight mascot of Kraft Macaroni & Cheese commercials at the time. In 1996, Willy was replaced with King Neptune as part of a re-branding effort. The nickname never took off, however, and was scrapped in 2003. It was not until 2006, however, that Willy made his final return to Pepperdine athletics, this time with a larger wave head and usually wearing boardshorts and an Aloha shirt. [18]

Since the founding, the school's colors have been blue and orange. They were chosen by President Baxter over the final choice of blue and gold as at the time, no other Pacific school used the colors, which represented the blue of the Pacific Ocean and the oranges grown by the state of California. (Cal State Fullerton has since adopted similar colors, though their shades are darker than Pepperdine's.) [19]

The Stanford Cardinal are the athletic teams that represent Stanford University. As of April 17, 2021, Stanford's program has won 128 NCAA team championships, as well as 25 consecutive NACDA Directors' Cups, awarded annually to the most successful overall college sports program in the nation. Stanford has won at least one NCAA team championship each academic year for 45 consecutive years, starting in 1976–77 and continuing through 2020–21. 165 Stanford-affiliated athletes have won a total of 270 Olympic medals, including 27 medals at the 2016 Rio de Janeiro games. Stanford's teams compete at the National Collegiate Athletic Association (NCAA) Division I level as a member of the Pac-12 Conference, along with other schools from the western third of the United States.

The UC Irvine Anteaters are the athletic teams fielded by the University of California, Irvine. Its athletics programs participate in the NCAA's Division I, as members of the Big West Conference and the Mountain Pacific Sports Federation. For earlier years of the school's existence, the teams participated at the Division II level with great success as explained below.

The Fresno State Bulldogs are the intercollegiate athletic teams that represent California State University, Fresno. The university is a member of NCAA Division I's Mountain West Conference (MW). It was a member of the Western Athletic Conference from 1992 until 2012, when it left for the Mountain West alongside fellow WAC member Nevada.

The Louisiana–Monroe Warhawks are the intercollegiate athletics teams representing the University of Louisiana at Monroe (ULM). ULM currently fields 15 varsity teams in 11 sports, and competes at the National Collegiate Athletic Association (NCAA) Division I level as a member of the Sun Belt Conference.

The Long Beach State Beach, previously known as the 49ers, are the athletic teams that represent California State University, Long Beach. Teams compete in 19 sports at the National Collegiate Athletic Association (NCAA) Division I level. Long Beach State is a founding member of the Big West Conference, and also competes in the Mountain Pacific Sports Federation and the Golden Coast Conference for sports not sponsored by the Big West.

The UC Riverside Highlanders represent the University of California, Riverside in Riverside, California in intercollegiate athletics. The Highlanders compete in NCAA Division I; they are members of the Big West Conference.

The Pepperdine Waves men's basketball team is an American college basketball team that represents Pepperdine University in NCAA Division I, the highest level of intercollegiate athletics sanctioned by the National Collegiate Athletic Association (NCAA). The Waves compete in the West Coast Conference and are coached by Lorenzo Romar. The Waves have qualified for the NCAA Division I Men's Basketball Tournament 13 times. Thirty-one former Waves have been drafted by the NBA, and 17 former Waves have played in the NBA, including Dennis Johnson, an inductee of the Naismith Memorial Basketball Hall of Fame.

Massachusetts Institute of Technology's intercollegiate sports teams, called the MIT Engineers, compete mostly in NCAA Division III. It has won 22 Team National Championships, 42 Individual National Championships. MIT is the all-time Division III leader in producing Academic All-Americas (302) and rank second across all NCAA Divisions. MIT Athletes won 13 Elite 90 awards and ranks first among NCAA Division III programs, and third among all divisions. Most of the school's sports compete in the New England Women's and Men's Athletic Conference (NEWMAC), with sports not sponsored by the NEWMAC housed in several other conferences. Men's volleyball competes in the single-sport United Volleyball Conference. One MIT sport, women's rowing, competes in Division I in the Eastern Association of Women's Rowing Colleges (EAWRC). Men's water polo, a sport in which the NCAA holds a single national championship for all three of its divisions, competes in the Collegiate Water Polo Association (CWPA) alongside Division I and Division II members. Three sports compete outside NCAA governance: men's rowing competes in the Eastern Association of Rowing Colleges (EARC), sailing in the New England Intercollegiate Sailing Association of ICSA and squash in the College Squash Association. In April 2009, budget cuts led to MIT's eliminating eight of its 41 sports, including the mixed men's and women's teams in alpine skiing and pistol; separate teams for men and women in ice hockey and gymnastics; and men's programs in golf and wrestling.

The Sonoma State Seawolves are the athletic teams that represent Sonoma State University, located in Rohnert Park, California, in NCAA Division II intercollegiate sports. The Seawolves compete as members of the California Collegiate Athletic Association for all 13 varsity sports except for women's water polo, which competes in the Western Water Polo Association and men's and women's tennis, which compete in the Pacific West Conference.

The Fresno Pacific Sunbirds are the 16 varsity athletic teams that represent Fresno Pacific University, located in Fresno, California, in NCAA Division II intercollegiate sports. The Sunbirds compete as members of the Pacific West Conference for most sports except water polo, which will join the Western Water Polo Association. 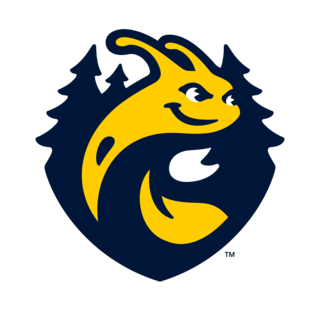 The UC Santa Cruz Banana Slugs are the athletic teams that represent the University of California, Santa Cruz. The Banana Slugs compete in Division III of the NCAA, mostly in the Coast to Coast Athletic Conference (C2C). There are fifteen varsity sports – men's and women's basketball, tennis, soccer, volleyball, swimming and diving, cross country, and women's golf. UCSC teams have been Division III nationally ranked in tennis, soccer, men's volleyball, and swimming. UCSC maintains a number of successful club sides.