USL League One (USL1) is a professional men's soccer league in the United States that had its inaugural season in 2019. The Division III league is operated by United Soccer League, the same group that operates the Division II USL Championship and other leagues. As of 2023, the league has 12 teams who play 30 regular season games, followed by playoffs.

The USL Championship was granted second division sanctioning by the United States Soccer Federation in January 2017, leaving the third tier of American soccer unoccupied. From 1996 to 2009, the United Soccer League operated leagues at the lower divisions under various names, including the USL Second Division, and the second division as USL First Division. [1] On April 2, 2017, the USL announced that it would launch a new third division league in 2019, with a minimum of eight clubs and lower requirements than the second division USL. [2] [3] The new league had the temporary name USL Division III (USL D3). [2] The league announced that they would target cities with a population of 150,000 to one million, mostly in cities currently without a professional team. [4]

In the following months, the league began searching for cities and markets in which to locate new member teams. From April 26 to May 3, 2017, league vice president Steven Short toured the southeast region of the United States, stopping in the cities of Lexington, Kentucky, Knoxville, Tennessee, Asheville, North Carolina, Greenville, South Carolina, and Columbia, South Carolina. [5] After the closing of the tour, the league announced a possible plan for Tormenta FC, a Premier Development League team from Georgia, to join the league. [6] A few weeks later, league executives announced they would be visiting the Midwest area in the United States between May 22 and 26, stopping in Dayton, Ohio, Toledo, Ohio, Fort Wayne, Indiana, Lansing, Michigan, and Grand Rapids, Michigan. [7] After the original tour concluded, Vice President Short visited Des Moines, Iowa to meet with the Des Moines Menace of the Premier Development League to join the league. [8] Preceding the tour of the Midwest, Short visited two more cities in North Carolina: High Point and Fayetteville. Following the tour, Short announced potential plans to build a new multi-purpose stadium in High Point and had positive outlooks on potentially sharing a J. P. Riddle Stadium with the Fayetteville SwampDogs, or the ballpark for the Fayetteville Woodpeckers that ultimately opened in 2019 as Segra Stadium. [9]

On August 22, 2018, Rochester Stadium Operations, LLC announced that the Rochester Rhinos will be stepping down from the USL Championship and joining League One in 2020. [18] On September 11, 2018, the league announced that Richmond Kickers would also be dropping down from Championship to League One due to financial difficulties competing in the higher league. [19] On October 8, 2018, Penn FC, another long-time USL member, announced they would follow Rochester in stepping down to League One in 2020. [20] On October 10, the Lansing City Council unanimously approved a deal for the new Lansing Ignite FC team to begin USL League One play at Cooley Law School Stadium in the inaugural 2019 season. [21] On October 2, 2018, the tenth and final founding member was revealed to be the reserve team of FC Dallas. Four days later, the club unveiled its branding as North Texas SC.

The league filed for Division III status with the USSF on August 14, 2018. Ten founding teams were listed in the application. [22] [23] On December 14, 2018, USSF voted to provisionally sanction League One as a Division 3 league for 2019. [24] [ non-primary source needed ][ better source needed ] The league currently shares Division III status with MLS Next Pro and the National Independent Soccer Association. [25]

On May 1, 2019, an Omaha, Nebraska team to start play in 2020 was unveiled. [28] On October 9, 2019, it was announced that both the New England Revolution and Inter Miami CF would be placing reserve teams in the league, bringing the total number of teams for the 2020 season to 12 teams. [29] On October 21, 2019, it was announced that one of its inaugural teams, Lansing Ignite FC, would fold after its first and only season in existence. [30]

On October 28, 2020, USL announced that Fort Wayne FC would join USL League Two as an expansion side for the 2021 season, with a plan to compete in the league for two seasons before joining League One for the 2023 season. [31]

On June 21, 2021, Major League Soccer announced the creation of a new professional soccer league, MLS Next Pro, which began play in 2022 and would host all of MLS's reserve teams along with some independent teams. [32] Fort Lauderdale CF, New England Revolution II, North Texas SC and Toronto FC II all joined MLS Next Pro after the 2021 League One season. [33] Former League One side Orlando City B joined MLS Next Pro for the inaugural 2022 season following a hiatus that began after the club completed the 2020 League One season. [33] Rochester New York FC, formerly known as Rochester Rhinos, announced on December 5, 2021, that the club would be joining MLS Next Pro as its first independent club. [34] Rochester had announced in 2018 their intentions to join League One for the 2020 season, though stadium delays and other financial issues kept the club on hiatus for four years. [35] [36] On October 5, 2021, the USL announced it had awarded Lexington Pro Soccer an expansion team for the 2023 season. It would be League One's first club based in Kentucky. [37] The club's identity was revealed as Lexington Sporting Club on March 22, 2022. [38]

Central Valley Fuego FC, Charlotte Independence and Northern Colorado Hailstorm FC began play in 2022. [39] [40] [41] On June 3, 2022, USL announced that they had granted a group based out of Wilmington, North Carolina the exclusive rights to pursue a League One expansion team for the area with the goal of joining in 2024. Wilmington had been the home of long time USL club Wilmington Hammerheads FC, who played in various USL leagues from 1996 until 2017. [42] On July 12, 2022, USL announced that a newly formed club, Santa Barbara Sky FC, would be joining League One for the 2024 season. [43] It would be the league's second club in California, joining Central Valley Fuego. Following the conclusion of the 2022 regular season, FC Tucson announced a self-relegation back to USL League Two. [44] Shortly after FC Tucson announced their self-relegation, One Knoxville SC announced they would turn professional and join League One for 2023, following a successful debut season that saw them reach the USL League Two conference finals. [45] Teams that no longer participate in USL League One are in italics.

Greenville Triumph SC is a professional soccer team based in Greenville, South Carolina, United States. The club began play in USL League One in 2019.

Lansing Ignite FC was a professional soccer team based in Lansing, Michigan, United States. The club began play in the newly-formed USL League One in 2019 and ceased operations following their inaugural season. 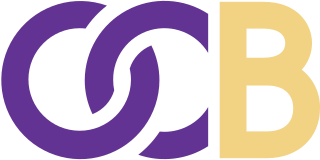 The 2019 Orlando City B season is the club's third year of existence and their first returning from hiatus during the 2018 season. It is their first season as a founding member of USL League One, the third tier of the United States soccer pyramid, after moving from the second tier now rebranded as USL Championship in the restructuring. The team also moved from Orlando City Stadium where they spent the 2017 season, to Montverde Academy which already housed Orlando City's Development Academy.

The 2019 Richmond Kickers season was the club's 28th season of existence, their 15th season in the third tier of American soccer, and their first season in the newly-created USL League One. It was the Kickers' first season playing in the third tier of American soccer since 2016, when they were in the United Soccer League. The season covers the period from October 14, 2018 to the beginning of the 2020 USL League One season.

North Texas Soccer Club is a professional soccer club playing in the MLS Next Pro, a third division league of American soccer. The team is owned by, and operates as the reserve team of the Major League Soccer club FC Dallas. While the senior club is based, and plays, in Frisco, Texas, North Texas SC as of 2020 is based in Arlington, Texas. It plays at Choctaw Stadium, the former home of the Texas Rangers baseball club. The team was announced as a founder member of League One on November 2, 2018.

Rafael Duizit Mentzingen is a Brazilian footballer who plays as a midfielder or forward for USL League One club Chattanooga Red Wolves. He previously appeared at the semi-professional level for Southern West Virginia King's Warriors, Lansing United, and Detroit City and as a professional with Lansing Ignite and Memphis 901.

Joshua Kevin Phelps is an Australian footballer who plays as a defender for Melbourne Knights in the NPL Victoria.

William Conner Antley is an American soccer player who plays as a defender for Tampa Bay Rowdies in the USL Championship.

The 2019 season was Greenville Triumph SC's first of existence. They played in USL League One.

The 2020 USL League One season was the second season of USL League One. The regular season was scheduled to begin on March 27 and end on October 3. On March 13, it was announced the regular season start would be delayed to April 11 due to the COVID-19 pandemic. This delay was extended to May 10. The delay was extended for a third time with the USL awaiting guidance and clarity from various authorities before announcing a new date. On June 5, the league announced a provisional return date of July 18. On July 2, the league announced a modified 20-game schedule with a modified playoffs. Now, only the top two teams will go straight to the League Finals, on the weekend of October 31. On July 8, Toronto FC II announced they would not play in 2020 because of COVID-19 restrictions. They remain a member club of the league, and plan to return for the 2021 season. Nine teams return from the inaugural season, while three new teams enter for the first time; MLS reserve teams Fort Lauderdale CF and New England Revolution II, and expansion club Union Omaha.

The 2020 Richmond Kickers season was the club's 29th season of existence, their 16th season in the third tier of American soccer, and their second season in the newly created USL League One. It is the Kickers' second season playing in the third tier of American soccer since 2016, when they were in the United Soccer League. Initially, the preseason began on February 8, 2020 and was scheduled to conclude on March 24, 2020. The regular season was originally scheduled to begin on March 28, 2020 and conclude on September 24, 2020.

Rodney Michael is a Sierra Leonean footballer who plays as a forward.

Wikimedia Commons has media related to USL League One .
This page is based on this Wikipedia article
Text is available under the CC BY-SA 4.0 license; additional terms may apply.
Images, videos and audio are available under their respective licenses.