Lake Rukwa is an endorheic lake in the Rukwa Valley of southwestern Tanzania.

The alkaline Lake Rukwa lies midway between Lake Tanganyika and Lake Malawi at an elevation of about 800 metres (2,600 ft), in a parallel branch of the rift system. Almost half of the lake lies in Uwanda Game Reserve. [2]

There is an accumulation of selected heavy metals of Zinc, Mercury, Copper, Lead, Chromium and Nickel in sediment, water and muscle tissues of Clarias gariepinus (African catfish) and Oreochromis esculentus (Singida tilapia) fish was done in Lake Rukwa. [7] 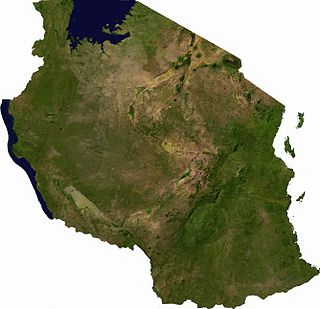 Tanzania comprises many lakes, national parks, and Africa's highest point, Mount Kilimanjaro. Northeast Tanzania is mountainous, while the central area is part of a large plateau covered in grasslands. The country also contains the southern portion of Lake Victoria on its northern border with Uganda and Kenya. 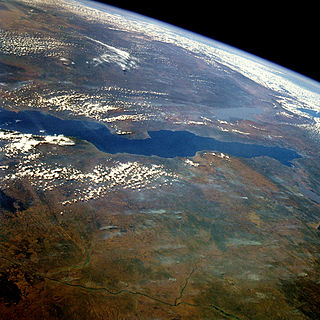 Lake Tanganyika is an African Great Lake. It is the second-oldest freshwater lake in the world, the second-largest by volume, and the second-deepest, in all cases after Lake Baikal in Siberia. It is the world's longest freshwater lake. The lake is shared between four countries – Tanzania, the Democratic Republic of the Congo (DRC), Burundi, and Zambia, with Tanzania (46%) and DRC (40%) possessing the majority of the lake. It drains into the Congo River system and ultimately into the Atlantic Ocean.

Lake Albert, also Mwitanzige and formerly Lake Mobutu Sese Seko, is a lake located in Uganda and the Democratic Republic of the Congo. It is Africa's seventh largest lake, as well as the second biggest of Uganda's Great Lakes. 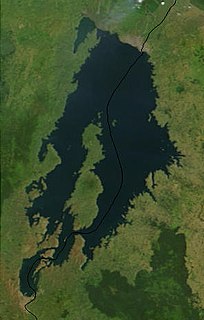 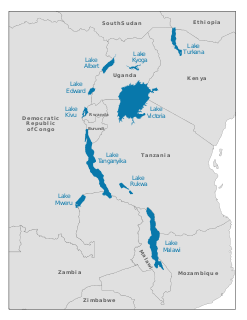 The African Great Lakes are a series of lakes constituting the part of the Rift Valley lakes in and around the East African Rift. They include Lake Victoria, the third-largest fresh water lake in the world by area, Lake Tanganyika, the world's second-largest freshwater lake by volume and depth, and Lake Malawi, the world's eighth-largest fresh water lake by area. Collectively, they contain 31,000 km3 of water, which is more than either Lake Baikal or the North American Great Lakes. This total constitutes about 25% of the planet's unfrozen surface fresh water. The large rift lakes of Africa are the ancient home of great biodiversity, and 10% of the world's fish species live there.

Lake Manyara is the seventh-largest lake of Tanzania by surface area, at 470-square-kilometre (180 sq mi). It is a shallow, alkaline lake in the Natron-Manyara-Balangida branch of the East African Rift in Manyara Region in Tanzania..The northwest quadrant of the lake is included within Lake Manyara National Park and it is part of the Lake Manyara Biosphere Reserve, established in 1981 by UNESCO as part of its Man and the Biosphere Programme.

The Luangwa River is one of the major tributaries of the Zambezi River, and one of the four biggest rivers of Zambia. The river generally floods in the rainy season and then falls considerably in the dry season. It is one of the biggest unaltered rivers in Southern Africa and the 20,000 square miles that make up the surrounding valley are home to abundant wildlife.

The Ruzizi is a river, 117 kilometres (73 mi) long, that flows from Lake Kivu to Lake Tanganyika in Central Africa, descending from about 1,500 metres (4,900 ft) to about 770 metres (2,530 ft) above sea level over its length. The steepest gradients occur over the first 40 kilometres (25 mi), where hydroelectric dams have been built. Further downstream, the Ruzizi Plain, the floor of the Western Rift Valley, has only gentle hills, and the river flows into Lake Tanganyika through a delta, with one or two small channels splitting off from the main channel.

Kigoma Region is one of Tanzania's 31 administrative regions. The regional capital is the city of Kigoma. According to the 2012 national census, the region had a population of 2,127,930, which was higher than the pre-census projection of 1,971,332. For 2002-2012, the region's 2.4 percent average annual population growth rate was tied for the fourteenth highest in the country. It was also the sixteenth most densely populated region with 57 people per square kilometer. With a size of 45,066 square kilometres (17,400 sq mi), the region is slightly smaller than Estonia.

Mount Rungwe is a volcanic mountain in Mbeya Region, in Tanzania's Southern Highlands. At an altitude of 2,981 metres (9,780 ft), it is southern Tanzania's second highest peak. Rungwe's volcano is currently inactive.

The Malagarasi River is a river in western Tanzania, flowing through Kigoma Region, although one of its tributaries comes from southeastern Burundi. It is the second-longest river in Tanzania behind the Rufiji—Great Ruaha, and has the largest watershed of any river flowing into Lake Tanganyika. The Malagarasi-Muyovozi Wetlands are a designated a Ramsar site. Local tribes have nicknamed the Malagarasi as "the river of bad spirits". 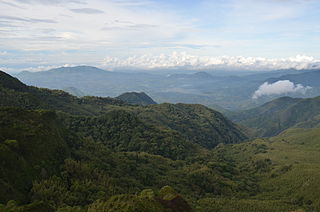 The Rukwa Valley is a valley of southwestern Tanzania, and is a part of the Great Rift Valley. Sparsely populated because of its harsh environment, its grassland biodiversity includes thousands of species. 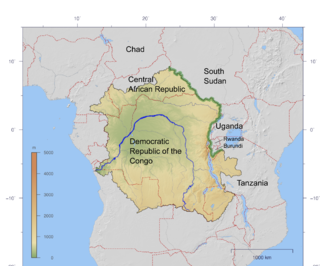 The Ufipa Plateau is a highland in southwestern Tanzania. It lies mostly in Rukwa Region, near the border with Zambia. The plateau is named for the Fipa people who inhabit it.