Leigh Adams was a product of junior speedway in his home town of Mildura, which was also the home town of multiple Victorian and Australian champion Phil Crump who became his mentor. Adams started racing in 1979 and within a few years would prove himself as one of Australia's best junior solo riders. He finished 3rd in the 1983 Australian U/16 Championship at his home track, the Olympic Park Speedway, before finishing second to Adelaide rider Shane Parker in the 1985 Championship at the Sidewinders Speedway in Adelaide. Adams won the Australian Under-16 championship in 1986 at the age of 15 which was held in Mildura, before joining the senior ranks in 1987.

Adams would win the first of four Australian Under-21 Championships in 1988 at North Arm in Adelaide (giving Mildura the 1988 Australian Championship treble as Phil Crump won the Seniors and Jason Hawkes the U/16's - all won in South Australia), before going on to win again in 1990 at the Riverland Speedway in Renmark, 1991 at Olympic Park and 1992 at the Riverview Speedway in Murray Bridge. He only missed out in 1989 (held in Mildura) after being excluded from his first race, though he eventually went on to finish on the podium in 3rd place behind Adelaide's Craig Hodgson (1st) and Scott Norman (2nd).

Adams won the Australian Solo Championship in 1992 (North Arm), 1993 (Brisbane Exhibition Ground), 1994 (Olympic Park), 1998 (Murray Bridge), 2000 (Gosford), 2002 (Wayville Showground, Adelaide), 2003 (Gosford), 2005, 2006 and finally 2009. He won his first national title at the North Arm Speedway in Adelaide with a 14 points from his 5 rides (beaten only by title runner-up Shane Parker in their second race), and his tenth and last championship also in Adelaide at Gillman Speedway after dominating the three-round championship with 15 wins from 15 rides. Adams won his first 7 Australian titles under the traditional single meeting format which lasted until his 2003 win. From 2004 the championship became a series held over 3, 4 or 5 rounds.

Adams won his first Victorian State Championship in 1989 in Mildura in what was only his third season of senior riding, beating 13 time and defending champion Phil Crump at Olympic Park. In the early days of his career, and the last of Crump's which had begun in 1970, Crump and Adams were known as "The Master and the Apprentice". Adams would also win the Victorian title in 1990 (Myrtleford), 1991 and 1992 (Mildura), 1994 (Undera) and 1995 (Mildura).

While the reigning Australian U/21 and Senior Champion in 1992, Adams went on to win the 1992 Under-21 World Championship at Pfaffenhofen an der Ilm in Germany to become the Australia's first U/21 World Champion since Adelaide's Steve Baker in 1983.

In 1997 and 1998, Adams won the 10 Round Australian Speedway Masters Series (also known as the "Series 500") against riders such as Jason Crump, Todd Wiltshire, Ryan Sullivan, Simon Wigg, Sam Ermolenko, Tony Rickardsson and Greg Hancock. He finished runner up in the series to Jason Crump in 1999, and the final year the series was run in 2000 he was once again the Series 500 champion, easily winning the point score over Wiltshire and 1996 World Champion Billy Hamill.

In Australian speedway racing (Solo's, Sidecars and Cars), Adams is one of only two people to have won 10 Australian Championships, the other being Garry Rush who was a ten time Australian Sprintcar Champion. Next on the list is 7 time Australian Sidecar Champion Darrin Treloar. As of 2014 Treloar is the only one of the three still in active competition.

Leigh first came to England in 1988 and completed four matches for Poole in the National Junior League. [4] Adams had originally been recommended to Poole by their Australian team manager Neil Street (the father-in-law of Phil Crump), and it was Poole he subsequently joined for their National League Championship winning season of 1989, when he rode alongside riders such as Craig Boyce and Alun Rossiter. [5]

To further his career, Leigh then moved up a league to join Swindon for the 1990 season. He made his Robins’ debut when scoring 8+2 points from six rides against Oxford in a Gold Cup match at Blunsdon on 24 March. [4] Adams won the first of his record ten Australian national titles in 1992, and also captured the World Under-21 Championship after beating Mark Loram in a race-off at Pfaffenhofen an der Ilm, Germany. [2] With Swindon relegated to the British League Division Two after the 1992 season, Leigh moved on to spend three years with Arena Essex (1993–95), followed by a single season with the London Lions in 1996. He then returned to Swindon in 1997 and recorded a 9.96 average in the inaugural season of the Elite League. [4] Adams was again back with the Robins in 1998 but with Swindon again dropping down a league in 1999, he left and signed for the King's Lynn Stars. Adams remained at King’s Lynn for the 2000 campaign and topped the Elite League riders averages, finishing the season on 10.24. [5]

In 2001, Adams signed for Oxford and won the Elite League Championship. [2] He remained with Oxford in 2002 and the 2003 season saw Adams register a 9.97 league average back with Poole in a year which the Pirates won the treble; winning the League Championship, the Knock-Out Cup and the British League Cup. The year also saw him awarded a testimonial, which took place at Swindon. [4]

Adams put together another successful season for Swindon in 2007, as the club finished runners-up in all three major domestic finals, being beaten by Coventry in the Elite League Play-Offs final, Knock-Out Cup final and Craven Shield final. [5] Adams completed his best ever Grand Prix campaign in 2007, finishing second overall to Nicki Pedersen. [5] In a consistent Grand Prix campaign, he took victory in three rounds and completed the series with 153 points. In 2008 Adams became the Swindon Robins all-time top points scorer. His paid maximum at Lakeside in August 2008 took him onto 5,482.5 points, surpassing the previous record set by Martin Ashby who scored 5,476.5 during his time with the Robins. [6]

In 2011, and now with the time do so, Adams fulfilled a long term ambition and entered the Finke Desert Race in Australia's Northern Territory near Alice Springs. On 6 June, while on a training ride with his brother and other riders, Adams crashed his motorbike into rocky terrain and sustained multiple injuries including fractured vertebrae, extensive spinal cord damage and broken ribs. He was flown from Alice Springs to Royal Adelaide Hospital where he underwent a six-hour operation to stabilise and strengthen his badly injured spine. [7] [8]

In 2014, Adams' son Declyn finished 3rd in the Australian Under-16 Championship at the Pinjar Park Speedway in Perth, Western Australia, emulating his father's first Australian U/16 podium finish in 1983 in Mildura. 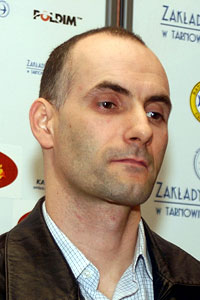 Tomasz Robert Gollob is a Polish motorcycle speedway rider who has appeared in every Speedway Grand Prix series since its inaugural season in 1995. His brother Jacek is also a speedway rider. 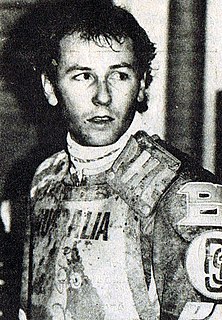 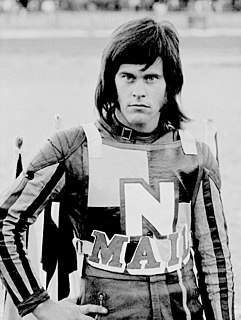 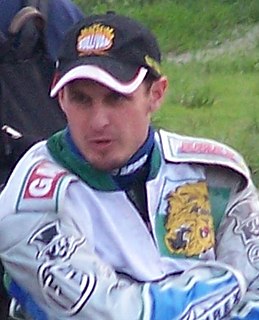 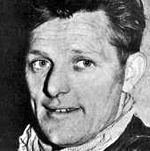