List of awards and nominations received by Sam Shepard 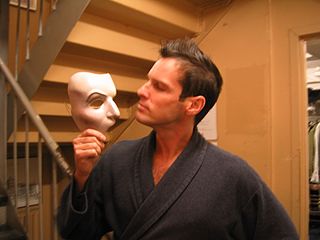 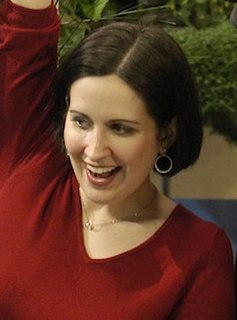 Stephanie Ann D'Abruzzo-Shemin is an American actress and puppeteer. She has performed various Muppets in the TV program Sesame Street. She held starring roles on Oobi and The Book of Pooh. She was one of the original cast members of the stage musical Avenue Q, receiving a nomination for the 2004 Best Actress in a Musical.

Euan Douglas George Morton is a Scottish actor and singer. He is best known for his role as Boy George in the musical Taboo, receiving nominations for the Laurence Olivier Award and Tony Award for his performance. He is currently playing the role of King George in the musical Hamilton on Broadway and has been doing so since July 2017.

Lindsay Michelle Mendez is an American actress and singer, best known for her work in American musical theatre.

Conrad Wayne Ricamora is an American actor. He is best known for his portrayal of Oliver Hampton on the ABC television series How to Get Away with Murder (2014–20).

Jeremy Shamos is an American actor.

Alex Wyse is an American stage and screen actor, writer, and producer. He is best known for playing Kyle in Marvel's Iron Fist, Saul Feinberg in The Bold and the Beautiful, and Georg Zirschnitz in the 2015 Deaf West Broadway revival of Spring Awakening.

Catherine Schreiber is a two-time Tony Award winning broadway producer. She is best known for Clybourne Park (2012) and Angels in America (2018). She was named the Broadway Global Producer of the Year in 2017, and has received 6 Tony Nominations, and 4 Olivier Nominations. She has also won an Evening Standard Award, and a London Outer Critics' Circle Award for The Scottsboro Boys (musical).