spaces can be generalized.

Many of the results of finite group representation theory are proved by averaging over the group. For compact groups, modifications of these proofs yields similar results by averaging with respect to the normalized Haar integral. In the general locally compact setting, such techniques need not hold. The resulting theory is a central part of harmonic analysis. The representation theory for locally compact abelian groups is described by Pontryagin duality.

In the mathematical field of representation theory, group representations describe abstract groups in terms of linear transformations of vector spaces; in particular, they can be used to represent group elements as matrices so that the group operation can be represented by matrix multiplication. Representations of groups are important because they allow many group-theoretic problems to be reduced to problems in linear algebra, which is well understood. They are also important in physics because, for example, they describe how the symmetry group of a physical system affects the solutions of equations describing that system. 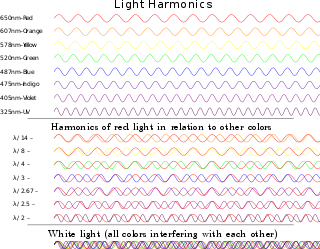 Harmonic analysis is a branch of mathematics concerned with the representation of functions or signals as the superposition of basic waves, and the study of and generalization of the notions of Fourier series and Fourier transforms. In the past two centuries, it has become a vast subject with applications in areas as diverse as number theory, representation theory, signal processing, quantum mechanics, tidal analysis and neuroscience.

In mathematics, a Lie group is a group that is also a differentiable manifold, with the property that the group operations are smooth. Lie groups are named after Norwegian mathematician Sophus Lie, who laid the foundations of the theory of continuous transformation groups.

A topological group is Hausdorff if and only if the trivial one-element subgroup is closed.

A quotient group or factor group is a mathematical group obtained by aggregating similar elements of a larger group using an equivalence relation that preserves the group structure. For example, the cyclic group of addition modulo n can be obtained from the integers by identifying elements that differ by a multiple of n and defining a group structure that operates on each such class as a single entity. It is part of the mathematical field known as group theory.

Topological groups are always completely regular as topological spaces. Locally compact groups have the stronger property of being normal.

Every locally compact group which is second-countable is metrizable as a topological group (i.e. can be given a left-invariant metric compatible with the topology) and complete.

In a Polish group G, the σ-algebra of Haar null sets satisfies the countable chain condition if and only if G is locally compact. [1]

For any locally compact abelian (LCA) group A, the group of continuous homomorphisms

from A to the circle group is again locally compact. Pontryagin duality asserts that this functor induces an equivalence of categories

LCA groups form an exact category, with admissible monomorphisms being closed subgroups and admissible epimorphisms being topological quotient maps. It is therefore possible to consider the K-theory spectrum of this category. Clausen (2017) has shown that it measures the difference between the algebraic K-theory of Z and R, the integers and the reals, respectively, in the sense that there is a homotopy fiber sequence

In mathematics, profinite groups are topological groups that are in a certain sense assembled from finite groups. They share many properties with their finite quotients: for example, both Lagrange's theorem and the Sylow theorems generalise well to profinite groups.

In mathematics, specifically in harmonic analysis and the theory of topological groups, Pontryagin duality explains the general properties of the Fourier transform on locally compact abelian groups, such as , the circle, or finite cyclic groups. The Pontryagin duality theorem itself states that locally compact abelian groups identify naturally with their bidual.

In topology, a topological space with the trivial topology is one where the only open sets are the empty set and the entire space. Such a space is sometimes called an indiscrete space or codiscrete space. Intuitively, this has the consequence that all points of the space are "lumped together" and cannot be distinguished by topological means; it belongs to a pseudometric space in which the distance between any two points is zero.

In mathematics, an amenable group is a locally compact topological group G carrying a kind of averaging operation on bounded functions that is invariant under translation by group elements. The original definition, in terms of a finitely additive invariant measure on subsets of G, was introduced by John von Neumann in 1929 under the German name "messbar" in response to the Banach–Tarski paradox. In 1949 Mahlon M. Day introduced the English translation "amenable", apparently as a pun on "mean".

In mathematics, a higher (-dimensional) local field is an important example of a complete discrete valuation field. Such fields are also sometimes called multi-dimensional local fields.