Marmot is an outdoor recreation clothing and sporting goods company founded in 1974 as "Marmot Mountain Works". [1] The company was founded in Grand Junction, Colorado by local resident Tom Boyce and two University of California, Santa Cruz students, David Huntley and Eric Reynolds, who shared the common goal of making their own mountaineering equipment.[ citation needed ] Two years prior to the founding of Marmot, Boyce secured an order for the climbing apparel used in the film The Eiger Sanction starring Clint Eastwood, and Huntley made the original prototype gear that Boyce was using on the Wolper Productions/National Geographic documentary Journey to the Outer Limits , about the Colorado Outward Bound School. It was during this documentary production that cameraman Mike Hoover, who later worked on Eiger Sanction, saw the equipment that Boyce was using during the portion filmed in Peru. Just prior to Christmas 1973, Mike Hoover called Boyce and placed the order that led to the formation of the company in Grand Junction.

After Jarden was acquired by Newell Rubbermaid in 2016, [2] Marmot was spun off from K2 and K2 Sports was sold to Kohlberg & Company in 2017. Marmot stayed with Newell. [3]

In 1976, Marmot ventured on another new business opportunity when Eric Reynolds met Joe Tanner of W. L. Gore & Associates. Within a couple of weeks, Marmot had sewn prototype sleeping bags using the then-new Gore-Tex fabric for field testing. Reynolds and Huntley spent seven nights in a commercial frozen meat locker comparing bags with and without the Gore-Tex fabric, as well as testing the bags under fire sprinklers. They were impressed by what they saw and changed everything in the Marmot line to Gore-Tex fabrications.

Now based in Rohnert Park, California, Marmot is globally distributed and part of the Newell Brands. [4]

Gore-Tex is a waterproof, breathable fabric membrane and registered trademark of W. L. Gore & Associates. Invented in 1969, Gore-Tex can repel liquid water while allowing water vapor to pass through and is designed to be a lightweight, waterproof fabric for all-weather use. It is composed of stretched polytetrafluoroethylene (PTFE), which is more commonly known by the generic trademark Teflon. The material is formally known as the generic term expanded PTFE (ePTFE).

Gore may refer to:

Early Winters, Ltd. of Seattle, Washington, United States was founded in 1972 by William S. Nicolai, who formed the company after creating a tent called the Omnipotent. Early Winters was the first company to create and sell a consumer product made with Gore-Tex laminates produced by W. L. Gore & Associates in Elkton, Maryland. The first product made with Gore-Tex fabric debuted in 1976 and was a streamlined, two-person tent called The Light Dimension. The tent was created by Nicolai and William H. Edwards and was marketed by Ron Zimmerman.

The Coleman Company, Inc. is an American brand of outdoor recreation products, especially camping gear, now owned by Newell Brands. The company's new headquarters are in Chicago, and it has facilities in Wichita, Kansas, and in Texas. There are approximately 4,000 employees. Some of the products manufactured are portable stoves, lanterns, coolers, sleeping bags, camp chairs, and shelters. 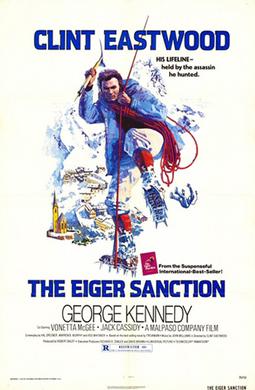 The Eiger Sanction is a 1975 American action film directed by and starring Clint Eastwood. Based on the 1972 novel The Eiger Sanction by Trevanian, the film is about Jonathan Hemlock, an art history professor, mountain climber, and former assassin once employed by a secret government agency, who is blackmailed into returning to his deadly profession for one last mission. He agrees to join an international climbing team in Switzerland planning an ascent of the Eiger north face to avenge the murder of an old friend. The Eiger Sanction was produced by Robert Daley for Eastwood's Malpaso Company, with Richard D. Zanuck and David Brown as executive producers, and co-starred George Kennedy, Vonetta McGee, and Jack Cassidy.

Berghaus Limited is a British outdoor clothing and equipment brand founded in Newcastle upon Tyne, North East England, and now headquartered in nearby Sunderland. It was founded in 1966 by climbers and mountaineers Peter Lockey and Gordon Davison, initially as an importer and distributor of outdoors products. Lockey and Davison's outdoor store in Newcastle upon Tyne, went by the name of the LD Mountain Centre. In 1972 they began designing and manufacturing their own products for sale in their shop. They gave their brand the German name 'Berghaus' which translates as 'mountain house'.

Jarden was an American consumer products company. Formed by the spin out of Ball Corporation's canning business, the company became a wider conglomerate of consumer brands, particularly in the outdoors and home appliances market. Jarden was acquired in 2016 by Newell Rubbermaid, which renamed itself Newell Brands. 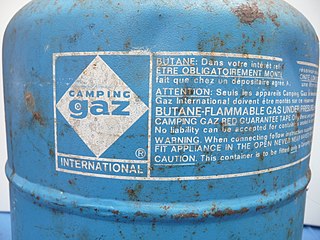 Campingaz, formerly Camping Gaz, is a brand of products with compressed, mixed butane/propane gas supplied in small, lightweight, disposable canisters and larger, refillable cylinders designed for use as a fuel while camping and caravanning. The fuel gas is compressed to a liquid and sold in characteristic blue metal containers. The brand name is also used on appliances manufactured for use with the gas: cookers, lanterns, heaters, grills, refrigerators, etc. as well as more general camping equipment such as sleeping bags.

Arc'teryx is a Canadian high-end design company specializing in outdoor apparel and equipment headquartered in North Vancouver, Canada. It focuses on technical apparel for mountaineering and Alpine sports, including related accessories. The company's name and logo reference the Archaeopteryx, the transitional fossil of early dinosaurs to modern dinosaurs (birds). Arc'teryx is known for their water-resistant Gore-Tex shell jackets, knitwear, and down parkas.

W. L. Gore & Associates, Inc. is an American multinational manufacturing company specializing in products derived from fluoropolymers. It is a privately held corporation headquartered in Newark, Delaware. It is best known as the developer of waterproof, breathable Gore-Tex fabrics.

ABU Garcia, originally AB Urfabriken, then ABU Svängsta, is a fishing reel and equipment manufacturing company founded in Svängsta, Sweden, and is now owned by Pure Fishing conglomerate of the United States.

Malden Mills Industries is the original manufacturer of Polartec polar fleece and manufactures other modern textiles. The company is located in Andover, Massachusetts and has operations in Hudson, New Hampshire.

Craghoppers is a British outdoor clothing manufacturer and supplier. It was founded in Batley, West Yorkshire in 1965 and is now based in Manchester, United Kingdom. 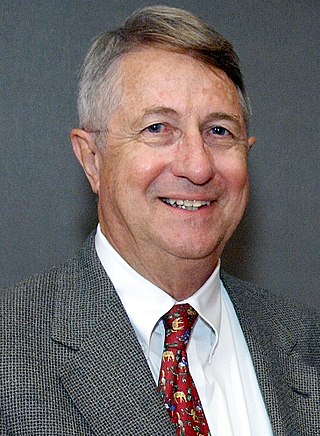 Robert W. Gore was an American engineer and scientist, inventor and businessman. Gore led his family's company, W. L. Gore & Associates, in developing applications of polytetrafluoroethylene (PTFE) ranging from computer cables to medical equipment to the outer layer of space suits. His most significant breakthrough was likely the invention of Gore-Tex, a waterproof and breathable fabric popularly known for its use in sporting and outdoor gear.

Ibex Outdoor Clothing, LLC is a producer of wool clothing designed for outdoor use sold through a website and retailers. For the year 2001 Ibex made US$1.5 million in sales, and by 2012 had reached US$12 million in sales. Between 2014 and 2017 sales averaged US$20 Million.

Mountain Hardwear is a subsidiary of Columbia Sportswear based in Richmond, California that manufactures and distributes apparel, accessories and equipment primarily for the high performance needs of mountaineering enthusiasts and outdoor athletes, as well as for consumers who are inspired by the outdoor lifestyle.

Line Skis, commonly shortened to Line or stylized as LINE, is a new school skis company owned by K2 Sports. Line Skis was founded by Jason Levinthal in 1995 to produce short, twin-tipped skis for freestyle skiers, and has since moved to produce full-length freeskis.