Last updated May 21, 2020
For his work with The Who, see The Who discography.

The following is the solo discography of British rock musician Pete Townshend. 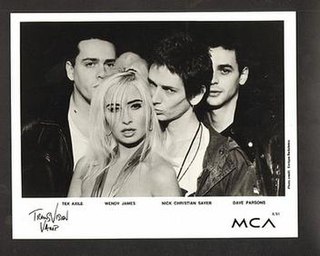 Transvision Vamp were an English alternative rock band. Formed in 1986 by Nick Christian Sayer and Wendy James, the band enjoyed chart success in the late 1980s and early 1990s with their pop/punk sound. James, the lead singer and focal-point of the group, attracted media attention with her sexually charged and rebellious image.

The Chimes were a British dance music trio, which consisted of Pauline Henry with Mike Peden and James Locke from Edinburgh, Scotland. They are best known for their hits "Heaven" and a remake of U2's "I Still Haven't Found What I'm Looking For", which became a UK Top 10 hit.

Material released by The Shamen. 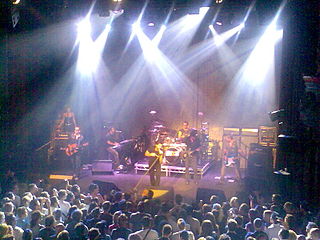 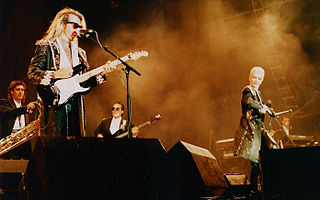 The discography of Eurythmics, a British rock/pop duo, consists of eight studio albums, one live album, two compilation albums, one soundtrack album, one extended play, and thirty-three singles. Their first studio album, In the Garden, was released in 1981 but they did not gain any commercial success until their second album, Sweet Dreams , released in 1983. The album reached number three in the UK and was certified platinum. The album's title track was released as a single, and reached number two in the UK and number one in the United States and Canada. Later in 1983, the duo released their third album, Touch. It topped the UK album chart, and produced three top 10 singles; "Who's That Girl?", "Right by Your Side", and "Here Comes the Rain Again".

Underworld are an English electronic group, and principal name under which duo Karl Hyde and Rick Smith have recorded together since 1983, though they have also worked together under various names both before and after adopting the Underworld moniker. The band is perhaps best known for "Born Slippy .NUXX", a track made popular in the Danny Boyle 1996 hit film Trainspotting. The first two albums they recorded together were with the band 'Freur'. 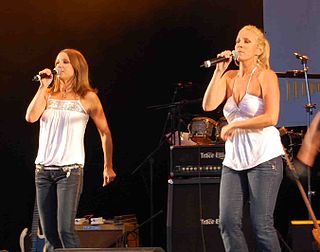 This article lists the discography of the British girl group Bananarama.

This is the complete discography of English singer-songwriter Kate Bush.

Sydney Ford, better known as Sydney Youngblood, is an American singer, actor and composer, who had several successful dance hits during the late 1980s and early 1990s. 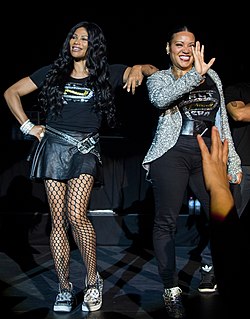 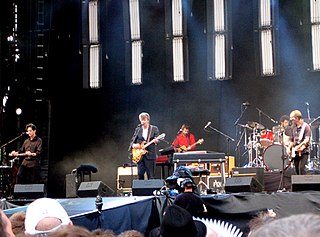 This is a discography for the rock band Crowded House. 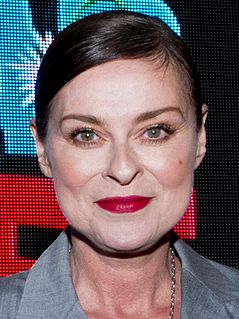 British singer and songwriter Lisa Stansfield has released eight solo studio albums and one with her band Blue Zone, four compilation albums, three remix albums, one soundtrack album, one extended play and forty-four singles. As of 2004, Stansfield has sold over twenty million albums worldwide, including five million of Affection. 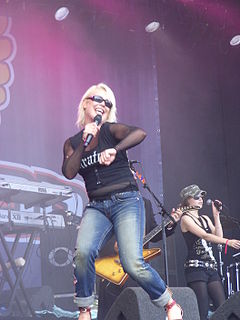 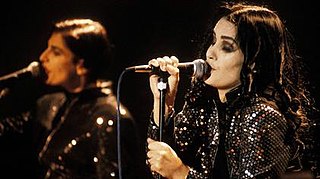 The discography of UK-based pop-rock act Shakespears Sister consists of four studio albums, five compilation albums, one EP, and seventeen singles. Originally a solo act consisting of ex-Bananarama member Siobhan Fahey, it eventually evolved into a duo between Fahey and Marcella Detroit. They released their debut studio album Sacred Heart in 1989, which reached number 9 on the UK Albums Chart and was certified gold by the BPI. The album's lead single, double A Side "Break My Heart / Heroine" did not chart, the second single however, "You're History", reached number 7 on the UK Singles Chart, and managed similar top 20 success internationally. Their next three singles, "Run Silent", "Dirty Mind", and "Goodbye Cruel World", all failed to peak within the UK top 50. The second single from Hormonally Yours, "Stay" was the group's first and only number 1, staying at the top position for 8 weeks. The song also reached number 1 in Ireland and Sweden, and peaked within the top 5 in several other territories. Hormonally Yours peaked at number 3 in the UK and was certified double platinum, and reached similar success in international territories. The fifth and final single from the album, "My 16th Apology", was not a commercial success due to both members being on hiatus at the time. 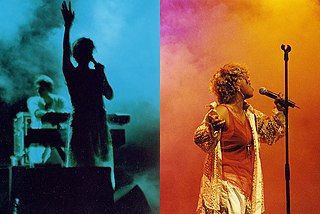 Rage were an English recording group composed of producers Barry Leng and Duncan Hannant, drummer Hans Greeve, and fronted by vocalists Tony Jackson (1992–1993) and Steve Lee (1995). The group were renamed En-Rage in Germany, to avoid confusion with the German band Rage.