The Premier League distributes a formulaically derived financial payment to each English Football League (EFL) club every season. There are two mechanisms with which funds are calculated and distributed, these are known as "Parachute Payments" and "Solidarity Payments". The payments are linked to the value of the Premier League’s broadcasting rights. In the 2017–18 season the Premier League paid £243m in Parachute Payments split amongst 8 clubs, [1] and £100m in Solidarity Payments split amongst the remaining 64 clubs. [2] This compares to £88m of UK TV revenue the EFL distributed to its 72 clubs for the 2017–18 season. [3]

Before the Foundation of the Premier League in 1992, monetary distribution of television revenue was split between the top four divisions, with half paid to First Division clubs (equivalent to the Premier League); 25 percent to Second Division clubs (equivalent to the EFL Championship), and 12.5 percent paid to each of the bottom two divisions (equivalent to EFL League One and EFL League Two). Until the 2006-07 season the Premier League did not share any of their broadcasting revenue with the English Football League other than £4m a year for youth development, and participating in the EFL Cup which added value to the English Football League television deal.

In the 2006-07 season "parachute" payments were introduced which meant for two seasons following relegation a club would receive half of the per club Premier League basic TV money, this would lower the risk of a club going into administration due to the high cost base (mainly player wages) they incurred in the Premier League. In addition "solidarity" payments from the Premier League worth £1m were paid to each EFL Championship club to help mitigate concerns about the impact the parachute payments might have to the competitive balance of the league. [4] The structure and value of the "parachute" and "solidarity" payments have continually evolved since then.

Payments to EFL clubs are linked only to the equally shared element of the broadcasting income (i.e. 50% of UK income, and 100% of Overseas income). [5]

The EFL also operates a Parachute Payment system within the EFL Leagues and the National League. From 2016-17 season onwards payments are:

Clubs within the EFL who are not eligible for Parachute Payments receive Solidarity Payments. These are calculated as a percentage of the third year Parachute Payment amount a club relegated from the Premier League would receive (currently 20% of the equally shared element of Premier League broadcasting rights). This percentage drops progressively for each EFL league – 30% in the EFL Championship, 4.5% in EFL League One, and 3% in EFL League Two. [6]

From 2019-20, the current level of revenue from international TV rights sales will still be shared equally between all 20 Premier League clubs. Any increase on that level, will then be distributed according to where a team finish in the league. As the Parachute and Solidarity Payments are linked only to the equally shared element of TV rights, any increase of international TV rights is likely to have little benefit to EFL clubs. [5]

There are several concerns often raised around the structure and amount of the payments. These generally relate to the perceived level of fairness, and the impact on the competitive balance of the second tier (EFL Championship). Concerns often raised include:

The Premier League, often referred to outside the UK as the English Premier League, or sometimes as the EPL, is the top level of the English football league system. Contested by 20 clubs, it operates on a system of promotion and relegation with the English Football League (EFL). Seasons run from August to May with each team playing 38 matches. Most games are played on Saturday and Sunday afternoons.

In sports leagues, promotion and relegation is a process where teams are transferred between multiple divisions based on their performance for the completed season. Leagues that use promotion and relegation systems are often called Open Leagues. In a system of promotion and relegation The best-ranked team(s) in the lower division are promoted to the higher division for the next season, and the worst-ranked team(s) in the higher division are relegated to the lower division for the next season. In some leagues, playoffs or qualifying rounds are also used to determine rankings. This process can continue through several levels of divisions, with teams being exchanged between levels 1 and 2, levels 2 and 3, levels 3 and 4, and so on. During the season, teams that are high enough in the league table that they would qualify for promotion are sometimes said to be in the promotion zone, and those at the bottom are in the relegation zone.

In English football, a gulf has arisen between the finances of clubs from the Premier League and English Football League since the First Division clubs broke away to form the Premier League in 1992. Some have argued that this disparity is wider than in other European leagues where the top flight is combined with at least one division below in a league, such as Germany's Bundesliga, Italy's Serie A and Spain's La Liga. However, England has five tiers of single national divisions, compared to only two in Spain and Italy and three in Germany. 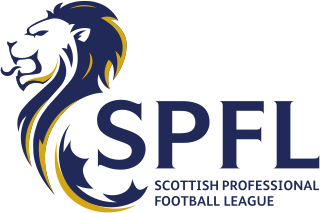 Major League Baseball (MLB) has a luxury tax, called the “competitive balance tax”, in place of a salary cap in order to level the spending an individual team can spend on their roster. In many other professional sports leagues in North America there is a salary cap that limits what each team can spend on their players. If a league lacks a salary cap or a luxury tax, any team can spend all the money they can afford on players. This means teams with more limited financial resources cannot afford the top talent, putting them at a competitive disadvantage against rich teams.