The use of a distinctive red label for premium-priced records made by top-tier artists was a marketing strategy suggested by the Gramophone Company's agent in St. Petersburg, Russia, where the first "Gramophone Record Red Seal" discs were issued in late 1901 or early 1902. [1] Later in 1902 the practice was adopted by the home office in the United Kingdom, which preferred to refer to the records as "Red Labels", and by its United States affiliate, the Victor Talking Machine Company, in 1903. Led by the great Italian tenor Enrico Caruso, then just at the beginning of his worldwide fame, Victor Red Seal records changed the public's valuation of recorded music. Caruso's first records, made by the Gramophone Company in Milan, Italy in 1902, earned prestige as well as profits for the company and its affiliates. Five of Caruso's Milan records were issued by Victor on the Red Seal label in the United States in March, 1903 and soon other famous opera stars and classical instrumentalists were attracted to the studios of both Victor and the Gramophone Company, consolidating the positions of these firms as the market leaders in the field of serious music by famous artists. The first Red Seal discs recorded by Victor in the United States were of the Australian contralto Ada Crossley on April 30, 1903. [2]

Early acoustical (non-electrical) recordings could be a surprisingly good medium for capturing the sound of singing voices, male voices especially, but while acceptable solo piano and violin recordings could be made, the acoustical process typically yielded only a flat, muffled, tinny echo of a symphony orchestra. The introduction of electrical recording (or "orthophonic recording", as Victor termed its version of the process) in 1925 allowed reproduction of instrumental and orchestral music with greatly improved fidelity. In 1929, the Radio Corporation of America purchased the Victor Talking Machine Company, thereafter becoming RCA Victor and, in 1968, RCA Records.

RCA Victor's Red Seal series continued as the pre-eminent classical music record label in America from 1903 through the 1960s due in large part to the recordings of three of the leading conductors of the time, Serge Koussevitzky, Leopold Stokowski, and Arturo Toscanini. Nearly all of Toscanini's recordings were issued on the Red Seal label, most of them with the NBC Symphony Orchestra (NBC was an RCA subsidiary until 1986). Conductor Arthur Fiedler and the Boston Pops Orchestra spent nearly 35 years with RCA Victor and made many best-selling Red Seal recordings. Stokowski and the Philadelphia Orchestra made Red Seal records exclusively from 1917 until 1940. Stokowski would continue to make many other Red Seal recordings with various orchestras, sporadically until 1975. Eugene Ormandy made his first recordings with the Minneapolis Symphony Orchestra in 1934 and with the Philadelphia Orchestra beginning in 1936. Ormandy and the Philadelphians returned to RCA Victor in 1968, after spending 23 years (1944–67) with Columbia Records. Though best-known for his many recordings for Columbia and Deutsche Grammophon, Leonard Bernstein made his first recordings for RCA Victor.

In 1950, RCA Victor began issuing vinyl LPs (originally introduced by Columbia Records in 1948), because they were losing artists and sales due to the company's resistance to adopting the new format. [3] In 1954, RCA Victor began experimenting with stereophonic recording. The first RCA Victor "Stereo Orthophonic" reel to reel tapes were issued in 1955. When stereo LP records first appeared in 1958, RCA Victor introduced their highly regarded "Living Stereo" recordings. During this period RCA was consistently seen as producing some of the finest-sounding recordings then available.

In 1990, another budget reissue label, RCA Victor Silver Seal was launched. Similar to CD reissues on the RCA Victrola label, several of these former Red Seal recordings were by lesser known performers, but the series also included some popular long-time Red Seal artists, including conductors Charles Munch, Eugene Ormandy, Erich Leinsdorf and Georges Prêtre; pianists Peter Serkin, Alexis Weissenberg and Emmanuel Ax; the Guarneri Quartet and guitarist Julian Bream. Recordings in this series were available only on CD and cassette and did not contain liner notes.

The NBC Symphony Orchestra was a radio orchestra conceived by David Sarnoff, the president of the Radio Corporation of America, especially for the conductor Arturo Toscanini. The NBC Symphony performed weekly radio concert broadcasts with Toscanini and other conductors and served as house orchestra for the NBC network. The orchestra's first broadcast was on November 13, 1937 and it continued until disbanded in 1954. A new ensemble, independent of the network, called the Symphony of the Air, followed. It was made up of former members of the NBC Symphony Orchestra and performed from 1954 to 1963, particularly under Leopold Stokowski. 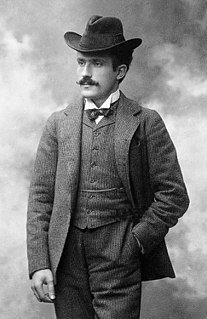 The Victor Talking Machine Company was an American record company and phonograph manufacturer headquartered in Camden, New Jersey. It was best known for using "His Master's Voice" as a logo. 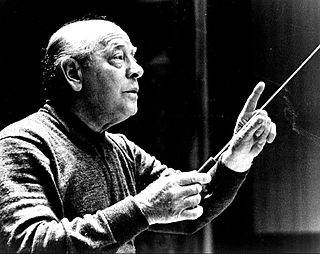 Eugene Ormandy was a Hungarian-born American conductor and violinist, best known for his association with the Philadelphia Orchestra, as its music director. His 44-year association with the orchestra is one of the longest enjoyed by any conductor with any American orchestra. Ormandy made numerous recordings with the orchestra, and as guest conductor with European orchestras, and achieved three gold records and two Grammy Awards. His reputation was as a skilled technician and expert orchestral builder. 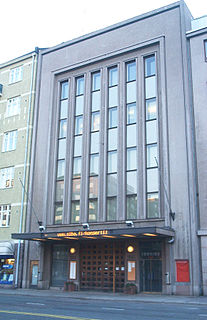 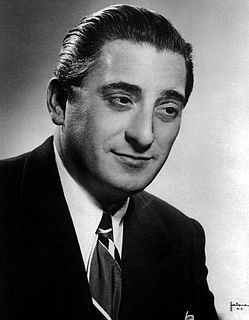 The Walter W. Naumburg Foundation sponsors competitions and provides awards for young classical musicians in North America. It was founded in 1925 by Walter Wehle Naumburg, a wealthy amateur cellist and son of noted New York City music patron and philanthropist Elkan Naumburg. Elkan Naumburg, owner of the eminent Wall Street bank E. Naumburg & Co., founded the Naumburg Orchestral Concerts in 1905. The Concerts were originally performed at the Bandstand on the Concert Ground of New York's Central Park, and starting in 1923 were performed in the Naumburg Bandshell at the same location.

RCA Victrola was a budget record label introduced by RCA Victor in the early 1960s to reissue classical recordings originally released on the RCA Victor "Red Seal" label. The name "Victrola" came from the early console phonographs first marketed by the Victor Talking Machine Company in 1906. Many of RCA Victrola's reissues included recordings from the historic RCA Victor "Living Stereo" series first released in 1958, using triple channel stereophonic tapes from as early as 1954. There were also some first stereo releases of recordings that had previously been available only in monaural versions. For several years, Victrola released both stereophonic and monaural versions of many albums.

The Testament Records label, based in Great Britain, specialises in historical classical music recordings, including previously unreleased broadcast performances by Arturo Toscanini and the NBC Symphony Orchestra and the pianist Solomon. It has also issued DVDs of kinescopes of Toscanini's 10 televised concerts on NBC from 1948 to 1952, adding sound taken from magnetic tape recordings of the broadcasts.

The Banatul State Philharmonic Orchestra is a musical institution in Timișoara, Romania. Established in 1871, it now comprises a symphony orchestra, professional chorus, and various chamber groups.

Les nuits d'été, Op. 7, is a song cycle by the French composer Hector Berlioz, setting six poems by Théophile Gautier. The cycle, completed in 1841, was originally for soloist and piano accompaniment. Berlioz orchestrated one of the songs in 1843, and did the same for the other five in 1856. The cycle was neglected for many years, but during the 20th century it became, and has remained, one of the composer's most popular works. Of the many recordings made in the 20th and 21st centuries, most are of the orchestrated version and are sung by a soprano or mezzo-soprano. 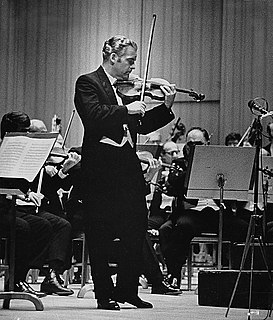