Regimini militantis Ecclesiae (Latin for To the Government of the Church Militant ) was the papal bull promulgated by Pope Paul III on September 27, 1540, which gave a first approval to the Society of Jesus, also known as the Jesuits, but limited the number of its members to sixty.

Pope Paul III, born Alessandro Farnese, was head of the Catholic Church and ruler of the Papal States from 13 October 1534 to his death in 1549.

The Society of Jesus is a scholarly religious congregation of the Catholic Church for men founded by Ignatius of Loyola and approved by Pope Paul III. The members are called Jesuits. The society is engaged in evangelization and apostolic ministry in 112 nations. Jesuits work in education, intellectual research, and cultural pursuits. Jesuits also give retreats, minister in hospitals and parishes, sponsor direct social ministries, and promote ecumenical dialogue.

Ignatius of Loyola and his companions had made their way to Rome in October 1538, to offer their priestly services to the pope. As they were about to be dispersed by the various missions given them by the pope, the question arose as to whether they wished to remain spiritually "one". After prayer and discussion they decided positively: since Christ had brought them together, they felt it was His will they remain united. A charter was proposed to the pope, which was received favourably and ultimately given solemn approval in this Regimini Militantis Ecclesiae of 1540. [1] [2] The first group of Jesuits, then known simply as "reformed priests", proceeded to unanimously elect Ignatius as their Superior General, despite his opposition. [3] 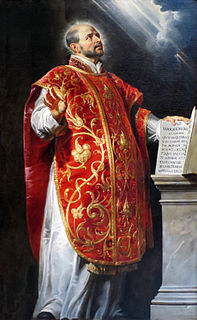 Saint Ignatius of Loyola was a Spanish Basque Catholic priest and theologian, who co-founded the religious order called the Society of Jesus (Jesuits) and became its first Superior General at Paris in 1541. The Jesuit order served the Pope as missionaries, and they were bound by a vow of special obedience to the sovereign pontiff in regard to the missions. They therefore emerged as an important force during the time of the Counter-Reformation. 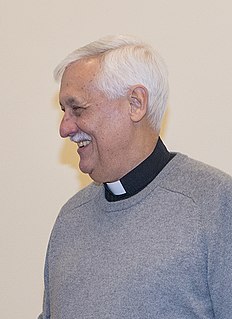 The final approval, with the removal of the restriction on the membership number, came in the bull Exposcit debitum (en: The duty requires ...) of July 21, 1550, issued by Pope Julius III. [2]

Exposcit Debitum is the title of the Papal bull that gave a second and final approval to the foundation of the Society of Jesus. It was issued by Pope Julius III on 21 July 1550. It replaced Regimini militantis Ecclesiae of 1540. The structure of the text is the same but, based on 10 years experience, some modifications were introduced:

Regimini militantis Ecclesiae reflects the first Jesuits' vision of themselves, approved by the pope. Perceiving the needs of their time they emphasized preaching and teaching children and unlettered persons in elementary Christian doctrine. They could “set up a college or colleges in universities capable of having fixed revenues, annuities, or possessions which are to be applied to the uses and needs of students” but could not accept such fixed income for their own houses. However, the revenues could be used for the maintenance of the scholastics who taught in the colleges and would be admitted to the Society “after their progress in spirit and learning has become manifest and after sufficient testing.” Jesuits were to accept any missions to which the pope would call them through the superior, and not to themselves negotiate with the Pope about these missions. The superior was to establish constitutions which were to be voted on by those around him. [2]

The Monumenta Historica Societatis Iesu (MHSI) is a collection of scholarly volumes on critically edited documents on the origin and early years of the Society of Jesus, including the life and writings of St Ignatius of Loyola.

Ecclesia may refer to: 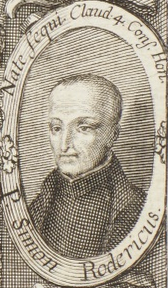 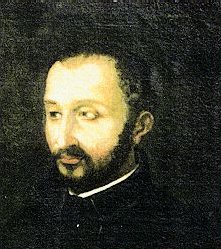 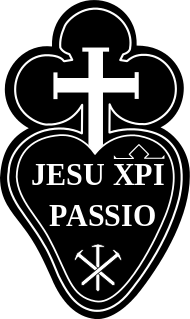 The Passionists are a Roman Catholic religious institute founded by Saint Paul of the Cross with a special emphasis on and devotion to the Passion of Jesus Christ. Professed members use the initials C.P. after their names. A known symbol of the congregation is the labeled emblem of the Sacred Heart of Jesus, surmounted by a cross and is often sewn into the clothing attire of its congregants. 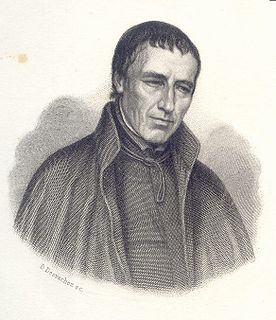 The General Congregation is an assembly of the Jesuit representatives from all parts of the world, and serves as the highest authority in the Society of Jesus. A General Congregation is always summoned on the death or resignation of the administrative head of the order, called the Superior General or Father General, to choose his successor, and it may be called at other times if circumstances warrant. A smaller congregation of worldwide representatives meets every three years to discuss internal business and to decide the need for a general congregation.

Very Rev. Luigi Fortis, S.J. was an Italian Jesuit elected the twentieth Superior-General of the Society of Jesus. 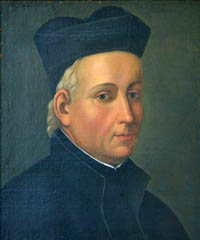 Stanislaw Czerniewicz was a Lithuanian-Polish Jesuit priest. Rector of the Jesuit college of Polotsk when the Society of Jesus was suppressed (1773) he was elected vicar general for the Jesuits in Russia in 1782.

The Sodality of Our Lady (also known as the Sodality of the Blessed Virgin Mary is a Roman Catholic Marian Society founded in 1563 by young Belgian Jesuit, Jean Leunis, at the Collegio Romano of the Society of Jesus. The Ignatian lay group, Christian Life Community, traces its origins to the first Sodality. 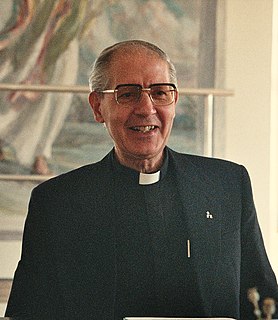 Johann Christoph Handke was a baroque painter from Moravia. He was the brother-in-law of the painter Joseph Ignatz Sadler. 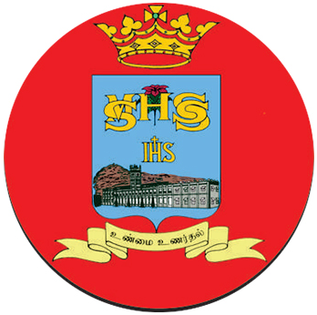 The hill of Montmartre became a place of popular pilgrimage after a chapel was erected by the people of Paris, around 475, where Saint Denis, the first bishop of Paris, was martyred. In the ninth century, the chapel, which had become ruined, was rebuilt. Archaeological excavations indicate that many Christians were buried in Montmartre. Their bones were gathered in a quarry on the side of the hill: the Martyrium or champ des morts. 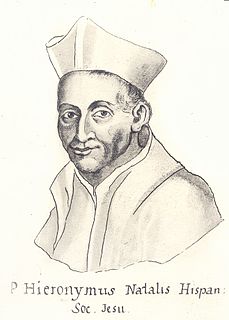 Jérôme Nadal was born on 11 August 1507 in Palma De Mallorca, in the Balearic Islands, Spain, and died on 3 April 1580 in Rome. He was a Spanish Jesuit priest in the first generation of the companions of St. Ignatius of Loyola. A very close collaborator of the Ignatius, the founder of the Society of Jesus, he was sent to explain to the various Jesuit communities of Europe the first draft of the Constitutions. He is known as the "Ignatian theologian" for having developed the theology behind Ignatian spirituality.