Last updated July 09, 2020
Former coal mine in South Yorkshire, England
Not to be confused with Old Roundwood Colliery, at Ossett near Wakefield.

Coal gathering in the Aldwarke area, lands of the old manor which stretch across the Don Valley from Parkgate to Thrybergh, goes back to the 17th century with documents relating to tenants' rights of way over the grounds and the river Dunne (Don) at Aldwarke ford, on both sides of river; and to any person fetching coals from pits. Earlier records still refer to charkcole (charcoal) to be cut in Rounde woodde near Aldwarke Manor house. It is from Rounde woodde that this colliery takes its name.

The Deep Mine, named Roundwood, was set a short distance north of Aldwarke Main Colliery between the main line of the Midland Railway, north of Parkgate and Rawmarsh and the Mexborough to Sheffield line of the Manchester, Sheffield and Lincolnshire Railway, north of Parkgate and Aldwarke. It was established in the early 1860s and had connections to both railways and to staithes alongside the river Don.

In 1880 the colliery was listed as being owned by Cooper, Sellars and Company, becoming The Roundwood Colliery Company by 1896. This company was purchased by John Brown and Company and became the foundation of the Dalton Main Colliery Company. Dalton Main Collieries were responsible for the sinking of Silverwood Colliery, these collieries being joined by a railway built by the owners and known as John Brown's Private Railway and over which a Paddy Mail service operated until the 1930s when it was discontinued in favour of "pit buses" which were operated by private companies and, later Rotherham Corporation. From 1908 the collieries were joined underground. This underground joining of the collieries meant that the drawing of coal could be concentrated at Silverwood and the Roundwood shafts used for materials and men.

In 1947 the colliery passed to the National Coal Board and was closed in the early 1960s.

Parkgate is a suburb of Rotherham, South Yorkshire, England. It has since been consumed by its neighbour, Rawmarsh and is in the ward of Rawmarsh from which it has been indistinguishable since the early 20th century.

Earl Fitzwilliam's private railway near Rotherham, South Yorkshire, was constructed in order to link the Earl's coal interests to the southeast of his Wentworth estate with the Greasbrough Canal, also owned by his estate, which gave an outlet to the River Dun (Don) Navigation. 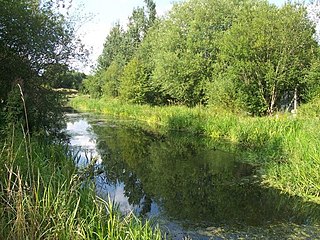 The Greasbrough Canal was a private canal built by the Marquess of Rockingham to serve his coal mining interests in and around the village of Greasbrough, near Rotherham, South Yorkshire, England. It opened in 1780, and the Newbiggin branch was built some time later. The main line to Greasbrough closed in 1840 with the coming of the Sheffield and Rotherham Railway, and the canal ceased to carry commercial traffic during the First World War. Most of it has been filled in, but a small section near the River Don Navigation remains in water.

New Stubbin Colliery was a coal mine situated in the township of Rawmarsh near Rotherham, South Yorkshire, England. The colliery was situated in a deep valley. Along one side at the top of the valley runs Haugh Road, Rawmarsh and on the other a lane known locally as “Greasbrough Tops”.

Warren House Colliery was a coal mine situated to the north of Rawmarsh, near Rotherham, South Yorkshire, England.

Warren Vale Colliery was a coal mine, also known as Piccadilly Colliery, situated alongside Warren Vale Road, between Rawmarsh and Swinton, South Yorkshire, England, in the valley of the Collier Brook, which runs east, for about two miles towards Kilnhurst.

Rawmarsh is a large village in the Metropolitan Borough of Rotherham, in South Yorkshire, England. Historically within the West Riding of Yorkshire, it is 2 miles (3 km) north-northeast from Rotherham town centre and 3 miles (5 km) south-southwest of Swinton. The village also forms part of the Sheffield Urban Area. The Rawmarsh ward of Rotherham MBC had a population of 13,389 at the 2011 Census. Rawmarsh also contains other output areas from neighbouring wards giving it a population of 18,498 in 2011 and 18,535 in 2014.