Last updated August 03, 2021
Convention center in Salt Lake City, Utah, U.S.
This article is about the convention center in Utah. For the demolished arena of the same name, see Salt Palace (arena). For the former Manchukuo imperial residence, see Museum of the Imperial Palace of Manchukuo.

The original Salt Palace was built in 1899 under the direction of Richard K.A. Kletting, architect, and owned by John Franklin Heath. It stood on 900 South, between State Street and Main Street in Salt Lake City. The Salt Palace was a frame structure covered by large pieces of rock salt, which gave it its name. The Palace had a large dome and was lit at night with hundreds of light bulbs. The building held a theater and was the centerpiece of an amusement park that included a dance hall, a bandstand, a bicycle racing track, rides, and other amusements. The Salt Palace and some of the other elements of the park were destroyed by fire on August 29, 1910. [1]

The second Salt Palace in Salt Lake City was in use from 1969 to 1994, hosting among other events the home games of the Utah Stars and Utah Jazz basketball teams, and the Salt Lake Golden Eagles ice hockey team. A 1991 concert by rock band AC/DC resulted in three deaths and many injuries when the audience rushed towards the stage and trampled or trapped people. [2] [3] [4] [5] This version of the Salt Palace was demolished in 1994.

FanX, the biannual comic book convention, has been held at the Salt Palace Convention Center since September 2013.

A small public park formerly occupied the southeast corner of the building which, starting in 2020, was closed for construction as the site of a new 25-story, 700 room hotel tower that will house a Hyatt Regency. The $377 million project, which will also add 60,000 square feet of meeting space to the Salt Palace, is a collaboration with Portman Holdings and Salt Lake County and is currently on schedule to be delivered in 2022. [10] 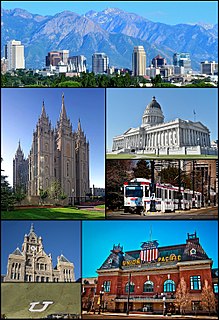 Salt Lake City is the capital and most populous city of the U.S. state of Utah, as well as the seat of Salt Lake County, the most populous county in Utah. With an estimated population of 200,567 in 2019, the city is the core of the Salt Lake City metropolitan area, which has a population of 1,222,540. Salt Lake City is further situated within a larger metropolis known as the Salt Lake City–Ogden–Provo Combined Statistical Area, a corridor of contiguous urban and suburban development stretched along a 120-mile (190 km) segment of the Wasatch Front, comprising a population of 2,606,548, making it currently the 22nd largest in the nation. It sits at the central core of the larger of only two major urban areas located within the Great Basin. 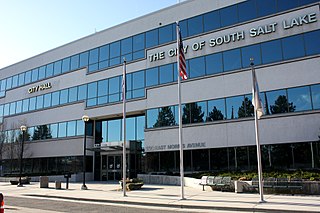 South Salt Lake is a city in Salt Lake County, Utah, United States and is part of the Salt Lake City Metropolitan Statistical Area. The population was 23,617 at the 2010 census.

Saltair, also The SaltAir, Saltair Resort, or Saltair Pavilion, is the name that has been given to several resorts located on the southern shore of the Great Salt Lake in Utah, United States, about 15 miles (24 km) from Salt Lake City. 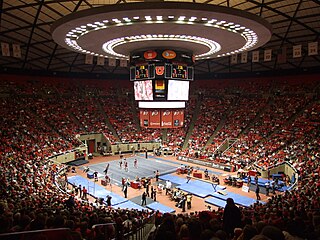 The Jon M. Huntsman Center is a 15,000-seat indoor arena in the western United States, on the campus of the University of Utah in Salt Lake City. It is the home of the Utah Utes of the Pac-12 Conference, the primary venue for basketball and gymnastics.

Festival of Trees is the name taken by a number of charity events/organizations that hold annual events around Christmas time to raise money for some local charity many for children hospitals and other organizations These events seem to be becoming more common in North America as of this writing and are centered on the decoration and display of Christmas trees.

Calvin Lewellyn "Cal" Rampton was an American attorney and politician who served as the 11th governor of the state of Utah from 1965 to 1977. 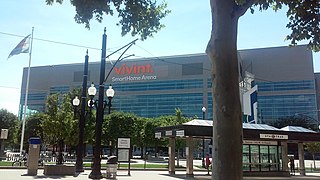 Vivint Arena is an indoor arena located in Salt Lake City, Utah. The arena serves as the home venue for the National Basketball Association (NBA)'s Utah Jazz, and has been the home venue for other professional athletic teams, such as the Arena Football League's Utah Blaze and the Women's National Basketball Association (WNBA)'s Utah Starzz. It seats 18,306 for basketball, has 56 luxury suites, and 668 club seats. 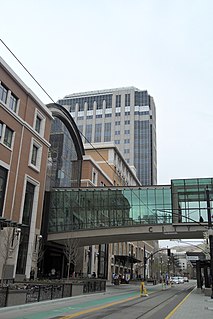 The City Creek Center (CCC) is a mixed-use development with an upscale open-air shopping center, office and residential buildings, fountain, and simulated creek near Temple Square in downtown Salt Lake City, Utah, United States. It is an undertaking by Property Reserve, Inc. (PRI) (the commercial real estate division of the Corporation of the President of The Church of Jesus Christ of Latter-day Saints and Taubman Centers, Inc.. The CCR integrates shopping and residential elements, with foliage-lined walkways and streams covering two blocks in the heart of downtown Salt Lake. PRI invested in the housing and parking elements of the mall, while TCI owns and operates the shopping center itself. The CCC opened to the general public on March 22, 2012. This shopping, office, and residential center encompass nearly 20 acres of downtown Salt Lake City. The City Creek Center is part of an estimated $5 billion sustainable design project to revitalize downtown Salt Lake City. The CCC project itself has been estimated to cost around $1.5 billion.

Clarence Burgess Owens is an American politician, nonprofit executive and former professional football player serving as the U.S. Representative for Utah's 4th congressional district since 2021. He played safety for 10 seasons for the New York Jets and the Oakland Raiders, winning a championship with the Raiders in Super Bowl XV in 1980. Since leaving the NFL, Owens has founded several businesses and is the CEO of a nonprofit dedicated to helping troubled and incarcerated youth. A Republican, Owens narrowly defeated incumbent Democrat Ben McAdams in the 2020 election. Owens, along with Byron Donalds, is one of two black Republicans in the House of Representatives.

Lucy Elizabeth Cardon Rampton was the First Lady of Utah between 1965 and 1977. 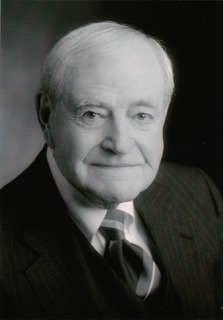 John W. Gallivan was an American newspaper publisher, cable television pioneer, and civic leader. A major figure in the promotion and development of Salt Lake City and Utah's ski industry, he was instrumental in starting the campaign to bring the 2002 Olympic Winter Games to Salt Lake City. Using his position as publisher of the Salt Lake Tribune, "Jack" Gallivan was the driving force behind numerous civic improvement and development projects including the Salt Palace, the Salt Lake Arts Center, Symphony Hall, The Capitol Theatre, and the promotion of light rail. His many contributions to the economic and cultural life of the city were recognized by the community in the naming of the John W. Gallivan Plaza near the center of downtown. 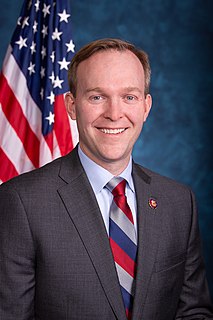 Benjamin Michael McAdams is an American politician and attorney who served as the U.S. Representative from Utah's 4th congressional district from 2019 to 2021. He was the only Democratic member of Utah's congressional delegation, and a member of the Blue Dog Coalition. From 2013 to 2019 he served as mayor of Salt Lake County, and from 2009 to 2012, he was the Utah state senator from the 2nd district, which includes Salt Lake City, South Salt Lake, and a portion of West Valley. McAdams was elected to Congress in 2018, narrowly defeating two-term Republican incumbent Mia Love. In 2020, McAdams ran for reelection, but he narrowly lost to Republican challenger Burgess Owens. 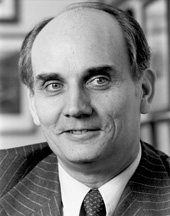 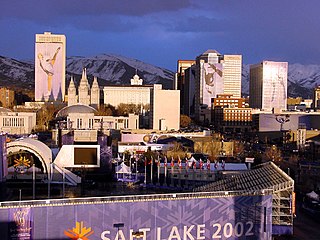 The Davis Conference Center is a 110,000-square-foot convention/conference center with over 70,000-square-feet of flexible meeting space located in Layton, Utah, United States. After several failed attempts, the center opened its doors in 2004. The $11.3 million center was a joint effort financed and developed by Davis County, Layton city, and a group of developers led by Kevin Garn. “The center, which hosts 700 groups a year, is unique in that it offers exhibit space, conference space and an adjoining hotel for lodging,” according to Dave Hilliard, the director of operations for the Davis Conference Center. In the conference's first year it hosted 726 events. The conference center is attached to a Hilton Garden Inn, owned by Kevin Garn, and within walking distance to several hotels, the Layton Hills Mall, and restaurants. The Davis Conference Center features event spaces of different sizes, the biggest of which is a 12,500-square-foot ballroom with a 1,000 person capacity.

The Salt Palace was an indoor arena located in Salt Lake City, Utah. Built on land that was once the "Little Tokyo" area of the city, construction was pushed by Salt Lake's bid committee for the 1972 Winter Olympics, which included Gen. Maxwell E. Rich, president of the Greater Salt Lake Chamber of Commerce, Gov. Cal Rampton, and Salt Lake Tribune publisher John W. Gallivan.

The twelve Republican presidential debates, and the nine forums, were a series of political debates held between the candidates for the Republican Party's nomination for the 2016 United States presidential election.

Zions Bank Stadium is a soccer-specific stadium in Herriman, Utah, United States, with a seating capacity of 5,000. The stadium is home to Real Monarchs, a United Soccer League team affiliated with Real Salt Lake of Major League Soccer, and the Utah Warriors, a Major League Rugby team. The stadium is part of the $78 million Zions Bank Real Academy, which includes the academy and training facilities for Real Salt Lake, and is near the Mountain View Corridor. It was originally scheduled to open on March 31, 2018, but moved back to April after construction delays. In May 2017, Real Salt Lake and Zions Bank announced a sponsorship deal that would give the bank naming rights to the stadium.