On 10 September 1998, Ballklubben formed the elite football team Sandefjord Fotball with local rivals Runar, in an attempt to take Sandefjord back to the top level of football in Norway. [3]

Sandefjord Ballklubb is the club that Thorbjørn "Klippen" Svenssen, the first Norwegian to earn 100 caps for the national team, played all his matches for during his career from 1945 to 1966. During the same period, Øivind Johannessen, Ragnar Hvidsten and Yngve Karlsen also earned caps playing for Norway. [4] 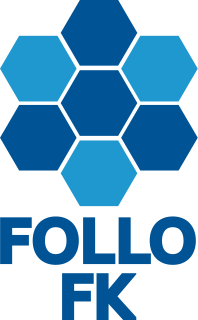 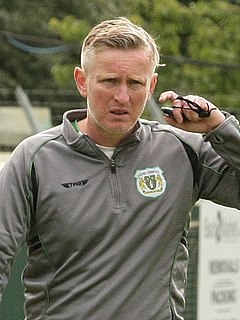 Tomi Maanoja is a Finnish goalkeeper who plays for IF Gnistan. Maanoja has been capped twice for Finland. 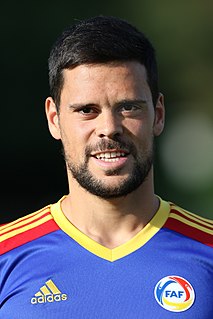 Marc Vales González is an Andorran footballer who plays for Norwegian club Sandefjord Fotball. Mainly a central defender, he can also play as a defensive midfielder.

Storms Ballklubb is a Norwegian association football club from Skien. Storm BK is the football-department of IF Storm and was founded on 12 July 1902. Storm was one of the best football-clubs in Grenland in the first years after the Second World War, and were playing in Hovedserien, the top league of Norwegian football, in 1948–49 and 1949–50. Today the club is playing in the Fourth Division, the fifth tier of the Norwegian league system. Anker Kihle and Johan Lauritzen have both been capped for Norway while playing for Storm.

Odds Ballklubb, commonly known as Odd, is a Norwegian football club from Skien. Originally the football section of a multi-sports club, founded in 1894 nine years after the club's founding. All other sports than football were discontinued and the club became dedicated to football only. Odd plays in the Norwegian top division, Tippeligaen, and holds the record winning the Norwegian Football Cup the most times, the last coming in 2000. The club was known as Odd Grenland between 1994 and 2012. During the 2015 season the club will be participating in the Tippeliean, NM Cupen and UEFA Europa League.

Sander Gard Bolin Berge is a Norwegian professional footballer who plays as a midfielder for Premier League club Sheffield United.

Halsen Idrettsforening is a sports club located in Østre Halsen, Larvik, Norway. The club was founded as Halsen Ballklubb on 22 October 1933, and today it has sections for association football and handball. The men's football team currently plays in 3. divisjon, the fourth tier of the Norwegian football league system.