Saskatoon Accelerators were a professional soccer team based in Saskatoon, Saskatchewan that played in the Canadian Major Indoor Soccer League. The team played indoor soccer which is different from the official FIFA indoor game called futsal. Its home games were played at Henk Ruys Soccer Center in Saskatoon. 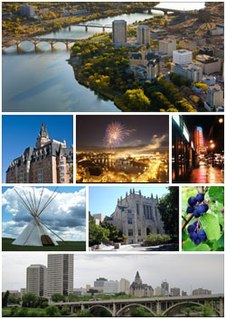 Saskatoon is the largest city in the Canadian province of Saskatchewan. It straddles a bend in the South Saskatchewan River in the central region of the province. It is located along the Trans-Canada Yellowhead Highway, and has served as the cultural and economic hub of central Saskatchewan since it was founded in 1882 as a Temperance colony. 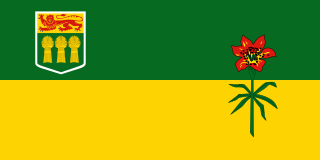 Saskatchewan is a prairie and boreal province in western Canada, the only province without natural borders. It has an area of 651,900 square kilometres (251,700 sq mi), nearly 10 percent of which is fresh water, composed mostly of rivers, reservoirs, and the province's 100,000 lakes. 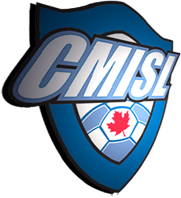 The Canadian Major Indoor Soccer League or CMISL is a professional indoor soccer league that began full league play in January 2008. The league's president is Felix Barraza. The indoor league's model is planned to be used to establish a professional soccer league outdoors in Canada as well.

The Saskatoon Accelerators were a charter member of the CMISL. They were officially announced as a team on January 23, 2007, by CMISL President and original franchise owner Mel Kowalchuk. Their colours were black and silver, with silver jerseys and black shorts and socks. The name was decided by Mel Kowalchuk to represent the scientific community in Saskatoon and its main tool the synchrotron at the University of Saskatchewan.

A synchrotron is a particular type of cyclic particle accelerator, descended from the cyclotron, in which the accelerating particle beam travels around a fixed closed-loop path. The magnetic field which bends the particle beam into its closed path increases with time during the accelerating process, being synchronized to the increasing kinetic energy of the particles. The synchrotron is one of the first accelerator concepts to enable the construction of large-scale facilities, since bending, beam focusing and acceleration can be separated into different components. The most powerful modern particle accelerators use versions of the synchrotron design. The largest synchrotron-type accelerator, also the largest particle accelerator in the world, is the 27-kilometre-circumference (17 mi) Large Hadron Collider (LHC) near Geneva, Switzerland, built in 2008 by the European Organization for Nuclear Research (CERN). It can accelerate beams of protons to an energy of 6.5 teraelectronvolts (TeV). 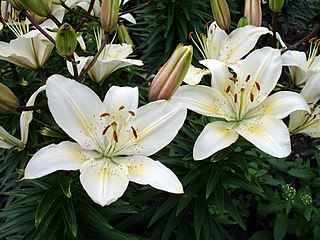 They debuted on the field on March 23, 2007, playing a "Showcase Match" against the Winnipeg Alliance FC. The "Showcase Match" consisted of two games. Each game consisted of two, ten-minute halves with an intermission between them. The Accelerators won both games by scores of 5 to 2 and 3 to 2, in front of 2,102 fans at Credit Union Centre. Due to the unbalanced scheduling of the "Showcase Season", the Accelerators had the best winning percentage of all CMISL clubs despite playing the fewest games.

Winnipeg Alliance FC were a professional indoor soccer team that played in the Canadian Major Indoor Soccer League (CMISL) from 2007 through 2011. The team suspended operations in January 2012.

In fall 2007, Mel Kowalchuk sold 80% of the Accelerators club to Edmonton businessman Darren Hood. This was done so that Mel Kowalchuk could focus solely on running the CMISL, while the franchise would have a dedicated owner to run the day-to-day operations. The Saskatoon Accelerators opened the 2008 season on January 13, 2008, against the Calgary United FC at the Credit Union Centre in Saskatoon. They played six home games and four road games this season, with all member clubs visiting Saskatoon. Previously to that, they played four pre-season games, with two of the games being played in St. Albert at the Servus Centre against the Edmonton Drillers and the other two being against the same Drillers at Credit Union Centre. 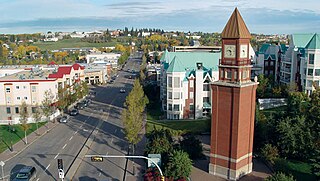 St. Albert is a city in Alberta, Canada, on the Sturgeon River northwest of the City of Edmonton. It was originally settled as a Métis community, and is now the second-largest city in the Edmonton Metropolitan Region. St. Albert first received its town status in 1904 and was reached by the Canadian Northern Railway in 1906.

The Edmonton Road Runners were an ice hockey team in the American Hockey League. They played in Edmonton, Alberta, Canada at Rexall Place.

The Edmonton Drillers were a North American Soccer League team that played both outdoors and indoors from 1979 to 1982, at the peak of the league's success. The team was brought to Edmonton by local entrepreneur and Edmonton Oilers owner Peter Pocklington, after witnessing the strong support for Brian Rice's Edmonton Black Gold team in 1978. Previous to playing in Edmonton, the team was known as the Oakland Stompers, Hartford Bicentennials and Connecticut Bicentennials.

For 2007, the Canadian Major Indoor Soccer League played a "Showcase Season," or an exhibition schedule, to create interest and test the markets.

Calgary Sports and soccer team. is one of four of Canada's newest professional soccer teams participating in the Canadian Major Indoor Soccer League.

The 2008 Canadian Major Indoor Soccer League (CMISL) season had each team playing 10 games. The schedule however was unbalanced as both the Edmonton Drillers and Saskatoon Accelerators played six home games and two road games and two at a neutral site, while the Calgary United FC played five home games and five road games. The games held at the Stampede Corral were unique as they were featured in a round-robin style with all CMISL teams participating. Due to scheduling concerns at the MTS Centre, the Winnipeg Alliance FC were a road-only franchise, playing all 10 of their games away from home.

Martin Dugas is a Canadian former soccer player who spent a total of 12 years as a professional. He last coaches the Edmonton Drillers.

The 2009 Challenge Trophy was be contested for in Saskatoon, Saskatchewan from October 7 to 12, 2009. The round robin group seedings were based on last years performance.

The 2008-09 Copa America was an indoor soccer tournament that included teams from 3 countries and 3 professional leagues. Each team was supposed to have played 10 games, with the three group winners plus a wild card team to qualify for a final 4 weekend to decide the title. Due to economic issues, the cup was cut short with teams playing an unequal number of games. The two group leaders with the most wins and points, the Saskatoon Accelerators and Monterrey La Raza, were selected to play in the championship of the now shortened Copa America competition. With the exception of the games involving the Monterrey La Raza of the NISL, all other games in the competition doubled as PASL-Pro regular season matches, CMISL regular season matches, or United States Open Cup for Arena Soccer matches.

Chris Kooy is a Canadian soccer player who played for FC Edmonton in the North American Soccer League.

Paul Craig is a Canadian soccer player most well known for his time spent with FC Edmonton. He is currently without club.

Utica City FC is a professional indoor soccer team based in Utica, New York that plays in the Eastern Conference of the Major Arena Soccer League.

Sipho Sibiya Riopel, also known as Siphos Sibya, is a retired South African-Canadian soccer player who is an assistant coach with the Vancouver Whitecaps women's team.