Wallace began publishing fiction in 1997, when he launched Cosmos Books, with Philip J. Harbottle, and released Fantasy Annual, a paperback magazine of British authors including E.C. Tubb, John Russell Fearn, and Sydney Bounds. In 1999, the Cosmos Books name was licensed to Wildside Press and output greatly increased, expanding with American and Australian authors. He also became a freelance editor for Wildside Press, working from Ohio. In mid-2001, Wallace stepped in to assist an ailing company, Imaginary Worlds, though it soon went into bankruptcy. Wallace then launched Prime Books to publish a few of the orphaned books, [1] including the award-winning City of Saints and Madmen, by Jeff VanderMeer. Later, in 2003, he licensed the company to Wildside Press, and moved from Ohio to Pennsylvania, as a full-time senior editor. In early 2009, Wallace reacquired Prime Books, and relaunched it as an independent publishing house in May that year. [2] Wallace was twice-nominated for a World Fantasy Award in 2003 and 2004 for editing Prime Books, in the Special Award: Non-Professional and Special Award: Professional categories. [3] [4] 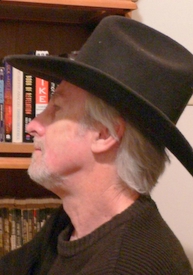 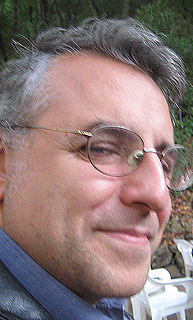 Nick Mamatas is an American horror, science fiction and fantasy author and editor for Haikasoru's line of translated Japanese science fiction novels for Viz Media. His fiction has been nominated for a number of awards, including several Bram Stoker Awards. He has also been recognised for his editorial work with a Bram Stoker Award, as well as World Fantasy Award and Hugo Award nominations. He funded his early writing career by producing term papers for college students, which gained him some notoriety when he described this experience in an essay for Drexel University's online magazine The Smart Set. 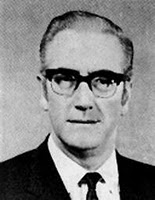 Edwin Charles Tubb, also known as E. C. Tubb, was a British writer of science fiction, fantasy and western novels. The author of over 140 novels and 230 short stories and novellas, Tubb is best known for The Dumarest Saga, an epic science-fiction saga set in the far future. Michael Moorcock wrote, "His reputation for fast-moving and colourful SF writing is unmatched by anyone in Britain." 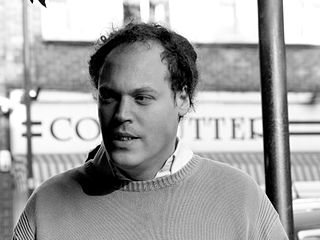 The 68th World Science Fiction Convention (Worldcon), Aussiecon Four, was held 2–6 September 2010, in the Melbourne Convention and Exhibition Centre in Melbourne, Victoria, Australia, the location selected by the members of Denvention 3.

Ronald Turner was a British illustrator and comic book artist.

Pyr was the science fiction and fantasy imprint of Prometheus Books, launched in March 2005 with the publication of John Meaney's Paradox. In November 2018 it was sold to Start Publishing. 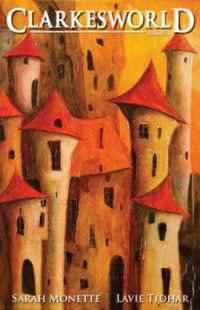 Neil Clarke is an American editor and publisher, mainly of science fiction and fantasy stories.

Julie Dillon is an American artist specializing in science fiction and fantasy art. A freelance illustrator, Dillon has created images for games, book and magazine covers, and covers for musical albums. Dillon's work has been nominated for the Chesley Award three times; she won the 2010 Chesley Award for Best Unpublished Color for "Planetary Alignment", as well as the 2011 Chesley Award for "The Dala Horse" in Best Interior Illustration. She was nominated for the World Fantasy Award for Best Artist in 2012 and received the Hugo Award for Best Professional Artist in 2014, 2015, and 2017. She also received two Chesley Awards in 2015 for the Best Cover Illustrations for a magazine and a hardback book. Dillon lives and works in California.

This is a list of the published works of Aliette de Bodard.

Mari Ness is an American poet, author, and critic. She has multiple publications in various science fiction and fantasy magazines and anthologies. Her work has been published in Apex Magazine, Clarkesworld, Daily Science Fiction, Fantasy Magazine, Fireside Magazine, Lightspeed, Nightmare, Strange Horizons, Tor.com, and Uncanny. In Locus, Paula Guran said of The Girl and the House that Ness: "subverts and glorifies the clichés and tropes of every gothic novel ever written, in less than 1,800 words"