Kelly Link (born July 19, 1969) is an American editor and author of short stories. [3] [4] While some of her fiction falls more clearly within genre categories, many of her stories might be described as slipstream or magic realism: a combination of science fiction, fantasy, horror, mystery, and realism. Among other honors, she has won a Hugo award, three Nebula awards, and a World Fantasy Award for her fiction, and she was one of the recipients of the 2018 MacArthur "Genius" Grant. [5]

Link is a graduate of Columbia University in New York and the MFA program of UNC Greensboro. In 1995, she attended the Clarion East Writing Workshop.

Link taught at Lenoir-Rhyne College in Hickory, North Carolina, with the Visiting Writers Series for spring semester 2006. She has taught or visited at a number of schools and workshops including Bard College, Annandale-on-Hudson, New York; Brookdale Community College, Lincroft, New Jersey; the Imagination Workshop at Cleveland State University; New England Institute of Art & Communications, Brookline, Massachusetts; Clarion East at Michigan State University; Clarion West in Seattle, Washington; and Smith College, near her home in Northampton. She has participated in the Juniper Summer Writing Institute at the University of Massachusetts Amherst's MFA Program for Poets & Writers. 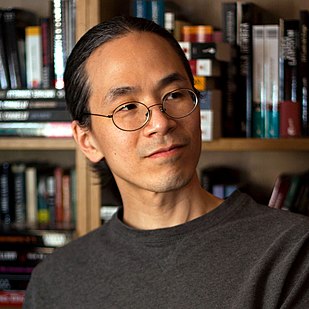 Ted Chiang is an American science fiction writer. His work has won four Nebula awards, four Hugo awards, the John W. Campbell Award for Best New Writer, and four Locus awards. His short story Story of Your Life was the basis of the film Arrival (2016). He is also an artist in residence at the University of Notre Dame. 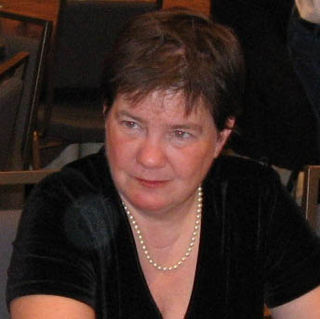 Small Beer Press is a publisher of fantasy and literary fiction, based in Northampton, Massachusetts. It was founded by Gavin Grant and Kelly Link in 2000 and publishes novels, collections, and anthologies. It also publishes the zine Lady Churchill's Rosebud Wristlet, chapbooks, the Peapod Classics line of classic reprints, and limited edition printings of certain titles. The Press has been acknowledged for its children and young-adult publications, and as a leading small-publisher of literary science-fiction and fantasy. 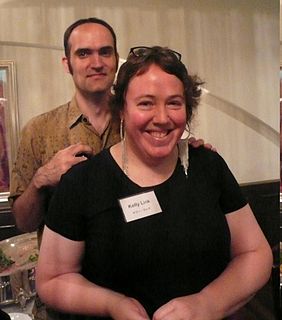 Lady Churchill's Rosebud Wristlet (LCRW) is a twice-yearly small press zine published by Small Beer Press, edited by Gavin Grant and Kelly Link. It contains an eclectic mix of fiction, poetry, and nonfiction, with an emphasis on speculative fiction, fantasy or slipstream. Link, Karen Joy Fowler, and Ursula K. Le Guin are among the most prominent of writers who have published in LCRW. 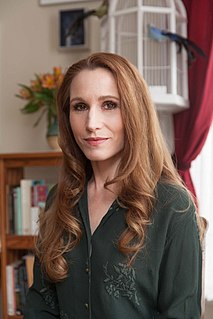 Theodora Goss is a Hungarian-American fiction writer and poet. Her writing has been nominated for major awards, including the Nebula, Locus, Mythopoeic, World Fantasy, and Seiun Awards. Her short fiction and poetry have appeared in numerous magazines and anthologies, including Year's Best volumes.

Sarah Monette is an American novelist and short story author, writing mostly in the genres of fantasy and horror. Under the name Katherine Addison, she published the fantasy novel The Goblin Emperor, which received the Locus Award for Best Fantasy Novel and was nominated for the Nebula, Hugo and World Fantasy Awards.

Magic for Beginners is a collection of nine works of fantasy and light horror short fiction by American writer Kelly Link. The stories were all previously published in other venues from 2002 to 2005.

Christopher Barzak is an American author. He has published many short stories, beginning with "A Mad Tea Party" in Lady Churchill's Rosebud Wristlet in 1999. In 2007 he published his debut novel, One for Sorrow, which won the 2008 Crawford Award, and was a nominee for the 2008 Great Lakes Book Award as well as Logo TV's NewNowNext Awards. His second novel, The Love We Share Without Knowing, was a 2008 James Tiptree Jr. Award finalist and a 2009 Nebula Awards finalist for Best Novel. His first full-length short story collection, Before and Afterlives, was the recipient of the Shirley Jackson Award for Best Single-Author Collection in 2013.

Karina Sumner-Smith is a Toronto-based fantasy author. Her short fiction appears in magazines such as Strange Horizons, Lady Churchill's Rosebud Wristlet, and Fantasy, as well as various anthologies. Her story "An End to All Things" was a finalist for the 2006 Nebula Award. She is a graduate of both York University and the Clarion Writers Workshop (2001).

The 1985 Annual World's Best SF is an anthology of science fiction short stories edited by Donald A. Wollheim and Arthur W. Saha, the fourteenth volume in a series of nineteen. It was first published in paperback by DAW Books in June 1985, followed by a hardcover edition issued in September of the same year by the same publisher as a selection of the Science Fiction Book Club. For the hardcover edition the original cover art by Frank Kelly Freas was replaced by a new cover painting by Richard Powers.

"Magic for Beginners" is a fantasy novella by American writer Kelly Link. It was first published in The Magazine of Fantasy & Science Fiction in September 2005. It was subsequently published in Link's collection of the same name, as well as in her collection Pretty Monsters, in the 2007 Nebula Award Showcase, and in the John Joseph Adams-edited anthology "Other Worlds Than These".

Nebula Awards Showcase 2007 is an anthology of award winning science fiction short works edited by Mike Resnick. It was first published in trade paperback by Roc/New American Library in March 2007.

Henry Lien is an author of juvenile speculative fiction active since 2013.

Somewhere Beneath Those Waves is a collection of speculative fiction short stories by American writer Sarah Monette. It was first published in trade paperback by Prime Books in November 2011.