The story follows various events at a New Zealand low-decile high school in a low-income area having often poorly-qualified teaching staff and many students with difficult socio-economic backgrounds - mostly belonging to ethnic minorities, Māori and Pacifika.

The program was filmed at two schools in the suburbs of Lower Hutt: the first season at Wainuiomata College [3] and the second at Petone College.

The series was received mostly positively by Australian critics, although some aspects of its politically incorrect nature raised some eyebrows. [4] [5] [6]

Ray Cassin ( The Age ) writes that the series is attacking hypocrisy on all fronts and tries to unmasks deceits and pretensions with a rather relentless and gleeful insistence. [5] Jim Schembri ( Sydney Morning Herald ) argues the show skating on thin ice due to its politically incorrect nature and sees it as another example of how far New Zealand is ahead of Australia when it comes to dealing with delicate matters through comedy. [7] Alan Mascarenhas (The Age) states while the series has low production values and patchy acting it does nevertheless possess a pythonesque quality. He recalls that couldn't stop laughing even at scenes where he probably shouldn't have. According to him the show goes further than The Office ever dared balancing between fun and bigotry. [6]

Wainuiomata is a large suburb of Lower Hutt, in the Wellington Region of New Zealand's North Island. 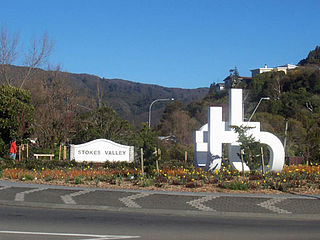 Stokes Valley, a major suburb of the city of Lower Hutt in the North Island of New Zealand, lies at the edge of the city, seven kilometres northeast of the city centre. It occupies the valley of a small tributary of the Hutt River, called Stokes Valley Stream, which flows north to meet the main river close to the Taitā Gorge. Stokes Valley takes its name from Robert Stokes, who formed part of the original survey team of 1840 commissioned to plan the city at Thorndon in Wellington.

Piri Awahou Tihou Weepu is a retired New Zealand rugby union player. Weepu played most recently for Wairarapa Bush in the Heartland Championship. Generally Weepu played as a half-back but also played at first five-eighth on occasion. He has represented the New Zealand national side, the All Blacks, between 2004 and 2013. He first won national honours against Wales in 2004. In 2005 was called back into the All Blacks squad for the first Tri Nations test against South Africa, having missed selection for the 2005 British & Irish Lions tour. He represented the Hurricanes and Blues in Super Rugby, and Wellington and Auckland in the Mitre 10 Cup. He also had brief spells with several clubs in Europe. In October 2017, Weepu announced his retirement as a rugby player.

David Alexander McPhail was a New Zealand comedic actor and writer whose television career spanned four decades. McPhail first won fame on sketch comedy show A Week of It, partly thanks to his impressions of New Zealand prime minister Robert Muldoon. He went on to appear in multiple series of sketch show McPhail and Gadsby, and hit comedy Letter to Blanchy. All three shows featured his longtime friend Jon Gadsby.

Waterloo is an eastern suburb of Lower Hutt, Wellington. It is named after the Battle of Waterloo won by the Duke of Wellington in 1815.

Wainuiomata High School, a state co-educational secondary school, operates in Wainuiomata, a suburb of Lower Hutt in New Zealand. The school was founded in January 2002 from the merger of Wainuiomata College and Parkway College. A total of 565 students from Years 9 to 13 attended the school as of July 2022.

Jason Hoyte is a New Zealand screen and voice actor and radio host. He has at least 25 television shows to his credit and is best known for his roles as Steve Mudgeway in Seven Periods with Mr Gormsby and Malcolm "Smudge" in Nothing Trivial. He is also known for starring in the film The Insatiable Moon.

John Junior Lomax is a New Zealand former professional rugby league footballer who played in the 1980s, 1990s and 2000s. Primarily a prop, he captained New Zealand and played for the Canberra Raiders, North Queensland Cowboys and Melbourne Storm.

Paul McLaughlin is a New Zealand actor who won the Cloud 9 award for Actor of the Year in 2004. He works out of Wellington, New Zealand, where he lives with his wife—singer, foley-artist and actress, Carrie McLaughlin. 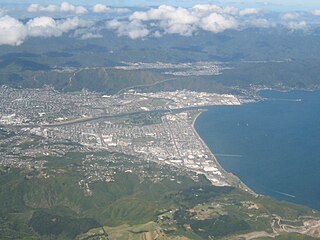 Lower Hutt is a city in the Wellington Region of New Zealand. Administered by the Hutt City Council, it is one of the four cities that constitute the Wellington metropolitan area. 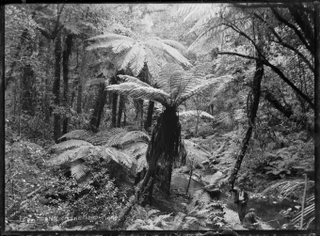 Korokoro, a suburb of Lower Hutt City, lies in the south of the North Island of New Zealand. The suburb occupies part of the western hills of the Hutt Valley; its eastern slopes overlook Petone and the Wellington harbour.

Parkway is a suburb of Wainuiomata, part of Lower Hutt city situated in the lower North Island of New Zealand.

Homedale is a suburb of Wainuiomata, part of Lower Hutt city situated in the lower North Island of New Zealand.

Margaret Veronica Abbott is a New Zealand businesswoman best known as the wife of Tony Abbott, the 28th Prime Minister of Australia (2013–2015). She runs a childcare centre in Sydney.

Akatarawa Forest is a regional park in the Upper Hutt within the Wellington Region at the southern tip of the North Island of New Zealand. It encompasses 15,000 hectares of native and plantation forest. It includes the headwaters of the Maungakotukutuku Steam, Akatarawa River West and the Whakatikei River.

Michele Louise Amas was a New Zealand actress of stage, screen, television and radio, poet and playwright. She began writing poetry at age 10 and began her professional acting career in 1980. Amas wrote and directed the 2002 short film Redial which competed at the Venice Film Festival in the same year. and her first collection of poetry, After the Dance, published in 2006 was shortlisted for an Montana New Zealand Book Award and nominated for the 2008 Prize in Modern Letters. She earned a Chapman Tripp Theatre Award for her portrayal of Barbara in the 2011 play August: Osage County.