Shaun Palmer's Pro Snowboarder is a 2001 extreme sports video game with a similar feel to the Tony Hawk's Pro Skater series. It was published by Activision under the Activision O2 label. The game features ten famous snowboarders, including Shaun Palmer, Ross Powers and Shaun White. A demo version of the game is available in the options menu of the PlayStation 2 version of Tony Hawk's Pro Skater 3 . A sequel was in development by Treyarch, but later canceled.

Madden NFL 2002 is an American football video game. It features former Minnesota Vikings quarterback Daunte Culpepper on the cover. Pat Summerall and John Madden are the commentators. The Madden NFL 2002 commercial first aired during Super Bowl XXXVI, three days after Madden NFL 2002 started selling in Japan by Electronic Arts Square. Notably, it did not feature the Super Bowl MVP Tom Brady, who was included on later editions of the game as a roster update. It is also the first game to be developed by Budcat Creations.

Tiger Woods PGA Tour 2002 is a sports video game, developed by Headgate Studios for the Microsoft Windows and PlayStation 2 versions and Rebellion Developments for the GBA version, and published by EA Sports in 2002. It was the first edition of the series released for the Game Boy Advance.

SSX Tricky is a snowboarding video game, the second game in the SSX series published under the EA Sports BIG label and developed by EA Canada. A direct sequel to SSX, the game was released in 2001 for PlayStation 2, GameCube and Xbox and was later ported to the Game Boy Advance in October 2002.

Mat Hoffman's Pro BMX 2 is a BMX video game endorsed by Mat Hoffman and published by Activision under the Activision O2 label. The game, which serves as a sequel to Mat Hoffman's Pro BMX, was released on August 13, 2002 for the PlayStation 2 and Xbox. A Game Boy Advance port was developed by HotGen and released the same day as the PlayStation 2 and Xbox versions. A GameCube port was developed by Gratuitous Games and was released on October 8, 2002.

Legends of Wrestling II is a professional wrestling video game developed by Acclaim Studios Salt Lake City, published by Acclaim Entertainment, and released on November 26, 2002 for both the PlayStation 2 and GameCube. It was later released for the Xbox on December 5, 2002. It is the sequel to the 2001 professional wrestling video game Legends of Wrestling. Legends II contains 25 wrestlers that were not in the first game, though also excludes Rob Van Dam, presumably because he had recently been signed to a WWE contract. The game did contain Eddie Guerrero, however, who, although unemployed at the time, re-signed with WWE when the game was released. The game was also released on the Game Boy Advance on November 25, 2002. It was the last game developed by Acclaim's Salt Lake City studio before its closure in December 2002. A sequel, Showdown: Legends of Wrestling, was released in 2004.

Dave Mirra Freestyle BMX 2 is a sports video game developed by Z-Axis and Full Fat and published by Acclaim Entertainment under their Acclaim Max Sports label. It was released for the PlayStation 2 in August 2001, and in the following months it was ported to the GameCube, Game Boy Advance, and Xbox video game systems. Both the GameCube and Xbox ports featured two extra levels that were not present in the PS2 version.

Kelly Slater's Pro Surfer is an extreme sports video game developed by Treyarch and published by Activision under the Activision O2 label. The game was endorsed by veteran surfer Kelly Slater and released for Game Boy Advance, GameCube, PlayStation 2 and Xbox in 2002, and for Microsoft Windows in 2003. To coincide with the game, Slater appeared as an unlockable character in the 2001 video game Tony Hawk's Pro Skater 3, complete with surfboard.

Driven is a racing video game released in 2001 by BAM! Entertainment. The game is based on the movie Driven with Sylvester Stallone. 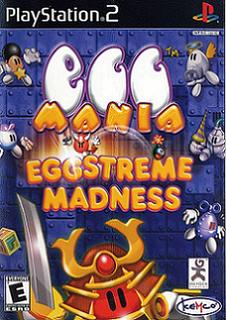 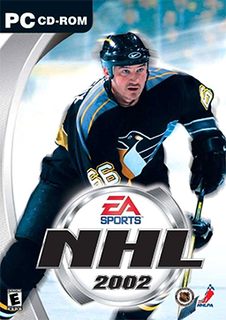 NHL 2002 is a video game released by EA Sports in 2001. It is the predecessor to NHL 2003. The game's cover man is Pittsburgh Penguins superstar and owner Mario Lemieux, who had just made a comeback after being retired for three and a half years. It was the first installment of the NHL series to be released on Xbox.

Freekstyle is a 2002 motocross racing video game for the PlayStation 2, GameCube and Game Boy Advance. There are four levels of gameplay: the circuit, a quick race, freestyle, and free run.

High Heat Major League Baseball 2003 was the second-to-last of a series of baseball computer games, released on PlayStation 2 and Microsoft Windows; a different game of the same name was released for the Game Boy Advance. The game, featuring the official licensed team and player names from all 30 MLB teams, was created by The 3DO Company, who later filed for bankruptcy in May 2003.

Pitfall: The Lost Expedition is a pair of action-adventure video games, one for the Game Boy Advance, and the other for the GameCube, PlayStation 2, Xbox, and Windows. It is the sixth and final installment of the Pitfall series. It was released by Activision on February 18, 2004 in North America and February 20, 2004 in the PAL region. The PC version was released on October 15, 2004 only in North America. The game was also released on September 23, 2008 on the Wii as Pitfall: The Big Adventure. Pitfall: The Big Adventure was released under the brand Fun4All in Europe. 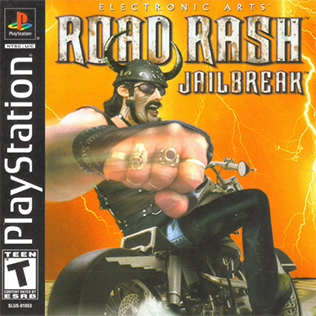