Neversoft Entertainment was an American video game developer, founded in July 1994 by Joel Jewett, Mick West and Chris Ward. Neversoft was known for the Spider-Man video game as well as the Tony Hawk's and Guitar Hero video game franchises. The company was acquired by Activision in October 1999. [1] Their last game was the Extinction mode of Call of Duty: Ghosts , and the studio merged with Infinity Ward, a primary developer on the Call of Duty franchise, on May 3, 2014 and was made defunct on July 10, 2014.

Neversoft was founded in July 1994 by three employees of Malibu Interactive (previously Acme Interactive), a division of Malibu Comics based in Westlake Village, California. At that time, the primary platforms were the home gaming consoles, the Genesis/Mega Drive and the Super Nintendo Entertainment System. Games for these systems could be developed by small teams, anywhere from two to ten developers. As a result, it was much easier than at present to set up a game development company, and several groups of people had already left Malibu to strike out on their own. Joel Jewett, a native of Montana and a CPA, was at the time head of development at the rapidly shrinking Malibu Interactive. He teamed up with Mick West, a game programmer, who had just completed working on BattleTech: A Game of Armored Combat for the Genesis, and Chris Ward, an artist.

In July 1994, Neversoft was formed. They initially found work for Playmates Interactive, a then-division of Playmates Toys who were about to release a line of toys called Skeleton Warriors and wanted a video game to go along with the toys and the cartoon series. Neversoft began work on the game design and moved into offices in Woodland Hills, California. Neversoft worked on the Genesis version for five months. Over that time they hired another artist and a level designer. In December 1994, Playmates cancelled the game. They were not unhappy with the progress, but had decided that they needed to develop the game for the Sega Saturn. 1995 was spent developing Skeleton Warriors for the Sega Saturn. Over the course of 1995, Neversoft grew rapidly by hiring three programmers, five artists, a level designer, a tester and an office administrator. Skeleton Warriors was finished in time for the 1995 holiday season and Neversoft began looking for other work while they ported Skeleton Warriors to the PlayStation in 1996.

Neversoft continued to expand during 1996, expanding to over twenty employees. They worked for six months on a game based on Ghost Rider for Crystal Dynamics, which was cancelled due to financial problems with the publisher. With some excess capacity Neversoft started to develop a game of their own design, initially called Big Guns. The technology developed there was used in their next project, a conversion of the PC game MDK . Towards the end of 1996, Neversoft sold the idea for Big Guns to Sony Computer Entertainment and they began development. 1997 was a tumultuous year for Neversoft. The MDK conversion took far longer than expected, and the Big Guns game (renamed Exodus) went through numerous design changes at the behest of Sony and was cancelled in November 1997. The company shrunk back to just twelve employees. Neversoft spent the next few months shopping around their technology, meeting with numerous companies and looking for work.

In January 1998, just as Neversoft was about to run out of money, they had a meeting with Activision, who were looking for someone to re-develop Apocalypse , a failed internal project. The technology developed for Big Guns turned out to be ideal for the project, Activision was impressed and Neversoft began work on Apocalypse. In May 1998, Apocalypse was going very well, and Activision signed up Neversoft to develop a prototype for a skateboarding game. This proceeded slowly as they could not spare many people from Apocalypse. The initial prototypes resembled the arcade game Top Skater . Apocalypse wrapped up in October 1998 and development began in earnest on Tony Hawk's Pro Skater for the PlayStation and Nintendo 64. By the end of 1998, the game development was in full swing and Neversoft comprised 16 people: six programmers, five artists, three level designers, one producer and Joel, the company's president.

From 1999 to 2007, Neversoft developed nine Tony Hawk's Pro Skater games and increased their employees to over 150.

In 2006, Activision acquired the Guitar Hero series from Harmonix Music Systems, as well as RedOctane, and chose Neversoft as the developer. Neversoft developed several games in the franchise, breaking several records with Guitar Hero III: Legends of Rock . The games following Guitar Hero: Warriors of Rock would be developed by Vicarious Visions, developers of the Wii ports and Guitar Hero: Van Halen . [2] In light of this, 50 employees were laid off on February 11, 2010. [3] In May 2014 it was reported that Neversoft had been merged with Call of Duty creators Infinity Ward to create what was internally referred to as a "super-studio". [4]

Neversoft was officially made defunct on July 10, 2014, 20 years to the day of its founding, with the remaining employees attending a burning of a sculpture of the skewered eyeball from their logo that has been part of their offices before. [5]

Tony Hawk's Pro Skater (THPS) was released on the PlayStation in August 1999. Development of a sequel began immediately after its release. Spider-Man was also developed for Activision in 2000. Like THPS, the technology for this game was based on the Apocalypse engine, which was in turn based on the Big Guns engine. Neversoft was now developing two major games in parallel, and expanded into two large teams. Activision acquired Neversoft in the summer of 1999 in a stock swap deal. The founders of Neversoft and several key employees signed four-year employment agreements. 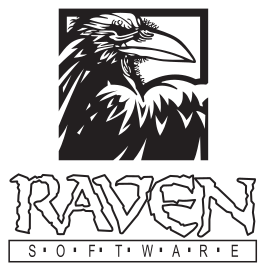 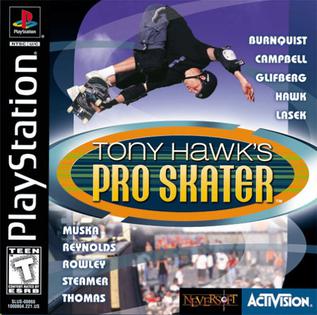 Tony Hawk's Pro Skater, released as Tony Hawk's Skateboarding in the UK, Australia, New Zealand and parts of Europe, is a skateboarding video game developed by Neversoft and published by Activision. It was released for the PlayStation on September 29, 1999 and was later ported to the Nintendo 64, Game Boy Color, Dreamcast, and N-Gage. 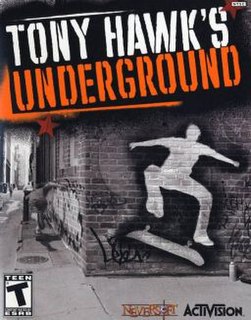 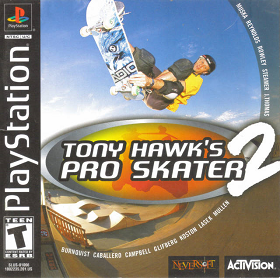 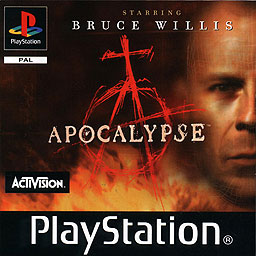 Apocalypse is a third-person shooter video game released for the PlayStation, developed by Neversoft and published by Activision. It features actor Bruce Willis, who provides the main character's likeness and voice. 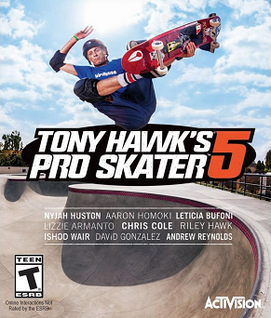 Tony Hawk's Pro Skater 5 is a 2015 skateboarding video game developed by Robomodo and Disruptive Games, and published by Activision. The sixteenth installment in the Tony Hawk's series, the game is the first new entry in the main series since 2007's Proving Ground and the first Pro Skater since 2002's Pro Skater 4, as the series had been put on hold following a lack of critical and commercial success with later games. 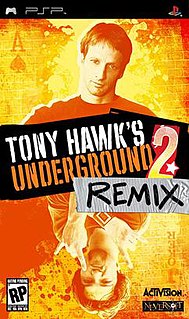 Tony Hawk's Underground 2: Remix is a skateboarding video game in the Tony Hawk's series. The game, developed by Neversoft and Shaba Games and published by Activision, is the first handheld release in the series for the PlayStation Portable. Primarily a port of its console counterpart, the game featured a different progression, with four exclusive levels, exclusive characters, and new cutscenes. "Create-a-Park" was notably absent in the game, with some graphics and other aspects toned-down from the console version. It was released on March 24, 2005, as a launch title for the system. 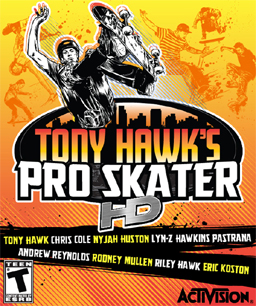 THUG Pro is a total conversion mod of the 2004 video game Tony Hawk's Underground 2. It uses its gameplay as the basis for an all-encompassing collection of levels from every original Neversoft game in the series, for use in single-player and online multiplayer gameplay. 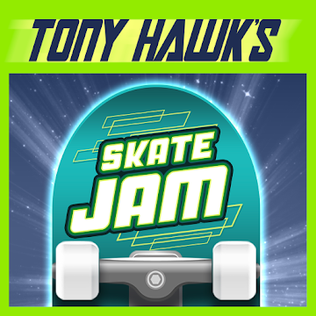 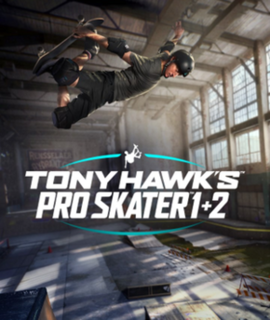