The subdivisions of Jordan are as follows: 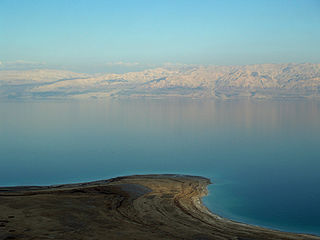 The Dead Sea is a salt lake bordered by Jordan to the east and Israel and the West Bank to the west. It lies in the Jordan Rift Valley, and its main tributary is the Jordan River.

The politics of Jordan takes place in a framework of a parliamentary monarchy, whereby the Prime Minister of Jordan is head of government, and of a multi-party system. Jordan is a constitutional monarchy based on the constitution promulgated on January 8, 1952. The king exercises his power through the government he appoints which is responsible before the Parliament. 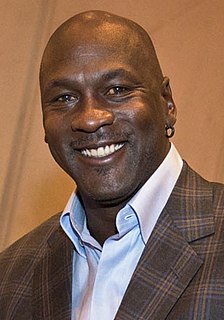 Michael Jeffrey Jordan, also known by his initials MJ, is an American businessman and former professional basketball player who is currently the principal owner of the Charlotte Hornets of the National Basketball Association (NBA). He played 15 seasons in the NBA, winning six championships with the Chicago Bulls. The official NBA website states that "by acclamation, Michael Jordan is the greatest basketball player of all time" and he was considered instrumental in popularizing the NBA throughout the world during the 1980s and 1990s. 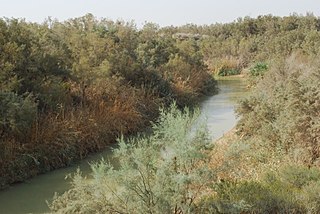 The Jordan River or River Jordan, also known as Nahr Al Sharieat, is a 251-kilometre-long (156 mi) river in the Middle East that flows roughly north to south through the Sea of Galilee and on to the Dead Sea. Jordan and the Golan Heights border the river to the east, while the West Bank and Israel lie to its west. Both Jordan and the West Bank take their names from the river.

The Sea of Galilee, Lake Tiberias, Kinneret or Kinnereth, is a freshwater lake in Israel. It is the lowest freshwater lake on Earth and the second-lowest lake in the world, at levels between 215 metres (705 ft) and 209 metres (686 ft) below sea level. It is approximately 53 km (33 mi) in circumference, about 21 km (13 mi) long, and 13 km (8.1 mi) wide. Its area is 166.7 km2 (64.4 sq mi) at its fullest, and its maximum depth is approximately 43 m (141 feet). The lake is fed partly by underground springs but its main source is the Jordan River, which flows through it from north to south and exits the Sea at the Degania Dam.

Jordan, officially the Municipality of Jordan, is a 3rd class municipality and capital of the province of Guimaras, Philippines. According to the 2015 census, it has a population of 36,096 people, making it the second largest settlement in the province.

Municipalities are the lowest level of official territorial division in Germany. This is most commonly the third level of territorial division, ranking after the Land (state) and Kreis (district). A Gemeinde is one level lower in those states which also include Regierungsbezirke as an intermediate territorial division. The Gemeinde is one level higher if it is not part of a Samtgemeinde. Only 10 municipalities in Germany have fifth level administrative subdivisions and all of them are in Bavaria. The highest degree of autonomy may be found in the Gemeinden which are not part of a Kreis. These Gemeinden are referred to as Kreisfreie Städte or Stadtkreise, sometimes translated as having "city status". This can be the case even for small municipalities. However, many smaller municipalities have lost this city status in various administrative reforms in the last 40 years when they were incorporated into a Kreis. In some states they retained a higher measure of autonomy than the other municipalities of the Kreis. Municipalities titled Stadt are urban municipalities while those titled Gemeinde are classified as rural municipalities. 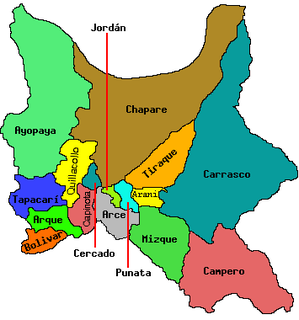 Germán Jordán is a province in the Cochabamba Department, Bolivia. Its capital is Cliza. 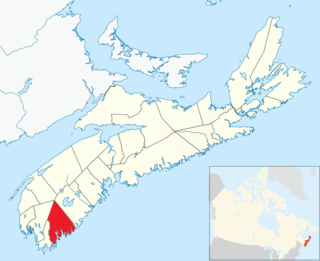 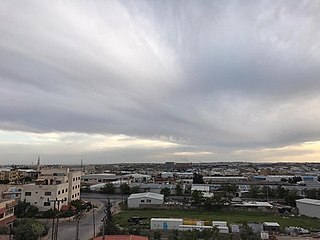 Sahab is a municipality in Jordan located 16 kilometers (9.9 mi) southeast of the capital Amman. It is the only locality in the Sahab District of the Amman Governorate. Modern Sahab began as a Bedouin-owned plantation village in the late 19th century during Ottoman rule. The plantation was originally worked by Egyptian migrant farmers who purchased and permanently settled the lands in 1894 and developed Sahab into an agricultural estate. Sahab became its own municipality in 1962 and today is a densely populated industrial hub. It is home to the country's largest industrial city, the Abdullah II Ibn Al-Hussein Industrial Estate, and the largest cemetery in greater Amman, as well as the Caves of Raqeem site mentioned in the Qur'an. The population of Sahab in 2015 was 169,434.

Amman Governorate, officially known as Muhafazat al-Asima, is one of the governorates in Jordan. The governorate's capital is the city of Amman, which is also the country's capital. The administrative center of the governorate as well as all government offices and parliament are located in the Abdali district. 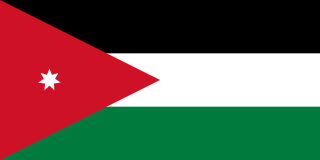 Jordan, officially the Hashemite Kingdom of Jordan, is an Arab country in Western Asia, on the East Bank of the Jordan River. Jordan is bordered by Saudi Arabia to the south and the east, Iraq to the north-east, Syria to the north and Israel and Palestine to the west. The Dead Sea is located along its western borders and the country has a 26-kilometre (16 mi) coastline on the Red Sea in its extreme south-west. Jordan is strategically located at the crossroads of Asia, Africa and Europe. The capital, Amman, is Jordan's most populous city as well as the country's economic, political and cultural centre.

Al-Abdali is the 9th district in the Amman Governorate out of the 27 districts, it is named relative to King Abdullah I who founded it during the 1940s. It covers an area of 15 square kilometres (6 sq mi) in the heart of Amman, with a population of 165,333 in 2015. Large parts of the district are residential, but due its geographical location in the center of the city, it contains several important governmental buildings and businesses. The area is known for containing several bus stations serving routes to many cities in Jordan.

Musrara also known by its Hebrew name, Morasha is a neighborhood in Jerusalem. It is bordered by Meah Shearim and Beit Yisrael on the north, the Old City on the south and east, and the Russian Compound and Kikar Safra to the west.