The American Weekly was a Sunday newspaper supplement published by the Hearst Corporation from November 1, 1896, until 1966.

During the 1890s, publications were inserted into Joseph Pulitzer's New York World and William Randolph Hearst's New York Journal . Hearst had the eight-page Women's Home Journal and the 16-page Sunday American Magazine, which later became The American Weekly. [1] In November 1896, Morrill Goddard, editor of the New York Journal from 1896 to 1937, launched Hearst's Sunday magazine, later commenting, "Nothing is so stale as yesterday's newspaper, but The American Weekly may be around the house for days or weeks and lose none of its interest." [2]

It was billed as having a circulation of over 50,000,000 readers and was filled with scantily clad showgirls and tales of murder and suspense. It was large—about 21" x 15"—and printed on fragile newsprint, so few copies have survived the ensuing decades... While much of each 12-24-page issue was taken up with sensationalistic photos and text (and even some acknowledged fiction), the illustrations are generally top-notch... Cover artists include Howard Chandler Christy, James Montgomery Flagg, Nell Brinkley, A. K. Macdonald, C. D. Mitchell, Léon Bakst, Erté, Lee Conrey, Fish, Russell Patterson, Henry Raleigh, José Segrelles, G. E. Studdy and lots more. The best (and most) of the interior art is by the amazing Lee Conrey. Our collection runs from 1918 to 1943 and issues from 1923 through 1943 have his work. It's clear to me that he was a major influence on Virgil Finlay and probably on Alex Raymond. Thousands of his sensational pen and ink drawings appear in these issues... If you've seen the book Virgil Finlay in The American Weekly, you have an inkling of the type of work he's done for these issues between the years 1938 and 1943... Nothing was too farfetched to speculate upon if it could offer the possibility of a good picture. Finlay and Conrey both provided lots of imaginative drawings. Other regular contributors included Joe Little, Gordon Ross, Edmund Frederick, Ben Jorj Harris, et al, and I've turned up occasional work by John R. Flanagan, Orson Lowell, Otto Soglow... The ads were often spectacular. Not to imply that the following list is typical, but we have found a couple of large color ads each so far by Willy Pogany, N. C. Wyeth, McClelland Barclay, Matt Clark, Dean Cornwell, Bradshaw Crandell, John Lagatta, Andrew Loomis, Rose O'Neill, Norman Rockwell and others. [3]

The name was changed to Pictorial Living in 1963 before it was finally cancelled in 1966. Due to the low quality of the paper on which it was printed, many issues have been lost despite the large circulation. As a result, it has become a collectors item. 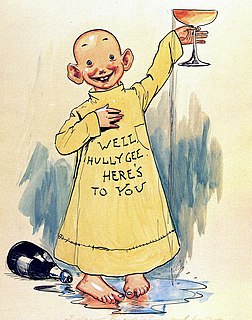 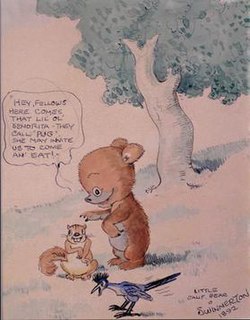 The Little Bears is an American comic strip created by Jimmy Swinnerton, regarded as a progenitor of the funny animal genre, as well as one of the first American comic strips with recurring characters – the titular bears. The feature emerged from a series of spot illustrations of a bear cub that began appearing in The San Francisco Examiner starting October 14, 1893. The strip was launched as a regular feature on the children's page starting June 2, 1895, and ran through June 7, 1897. 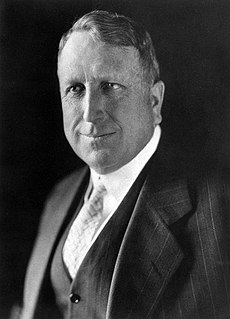 William Randolph Hearst Sr. was an American businessman, newspaper publisher, and politician known for developing the nation's largest newspaper chain and media company, Hearst Communications. His flamboyant methods of yellow journalism influenced the nation's popular media by emphasizing sensationalism and human interest stories. Hearst entered the publishing business in 1887 with Mitchell Trubitt after being given control of The San Francisco Examiner by his wealthy father.

Yellow journalism and the yellow press are American terms for journalism and associated newspapers that present little or no legitimate well-researched news while instead using eye-catching headlines for increased sales. Techniques may include exaggerations of news events, scandal-mongering, or sensationalism. By extension, the term yellow journalism is used today as a pejorative to decry any journalism that treats news in an unprofessional or unethical fashion.

Richard Felton Outcault was an American cartoonist. He was the creator of the series The Yellow Kid and Buster Brown, and is considered a key pioneer of the modern comic strip.

The Times Union is an American daily newspaper, serving the Capital Region of New York. Although the newspaper focuses on Albany and its suburbs, it covers all parts of the four-county area, including the cities of Troy, Schenectady and Saratoga Springs. It is owned by Hearst Communications. The paper was founded in 1857 as the Morning Times, becoming Times-Union by 1891, and was purchased by William Randolph Hearst in 1924. The newspaper has been online since 1996.

Malcolm H. Smith (1910–1966) was an American artist identified with the retro-futurist tradition.

Carl Thomas Anderson was an American cartoonist best remembered for his comic strip Henry. Readers followed the pantomime adventures of the mute, bald-headed Henry in strips which he signed with his familiar signature displaying an enlarged "S": Carl AnderSon.

Nell Brinkley was an American illustrator and comic artist who was sometimes referred to as the "Queen of Comics" during her nearly four-decade career working with New York newspapers and magazines. She was the creator of the Brinkley Girl, a stylish character who appeared in her comics and became a popular symbol in songs, films and theater. 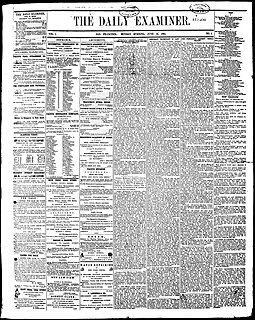 San Francisco Examiner is a newspaper distributed in and around San Francisco, California, and published since 1863. 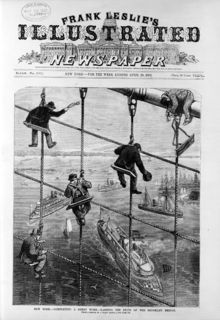 Frank Leslie's Illustrated Newspaper, later renamed Leslie's Weekly, was an American illustrated literary and news magazine founded in 1855 and published until 1922. It was one of several magazines started by publisher and illustrator Frank Leslie. 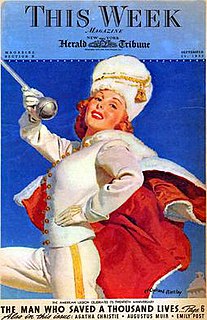