The Forum is a completed 35-floor tower in the Business Bay in Dubai, United Arab Emirates. Construction of The Forum was finished in 2009. 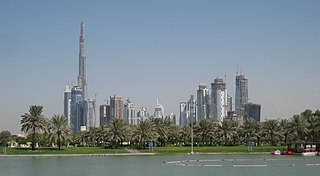 A Forum is a place for discussion.

Sheikh Mohammed bin Rashid Al Maktoum is the Vice President and Prime Minister of the United Arab Emirates (UAE), and Ruler of the Emirate of Dubai. Since his accession in 2006, after the death of his brother Sheikh Maktoum, he has undertaken reforms in the UAE's government, starting with the UAE Federal Government Strategy in April 2007. In 2010 he launched the UAE vision 2021 with the aim of making the UAE 'one of the best countries in the world' by 2021. 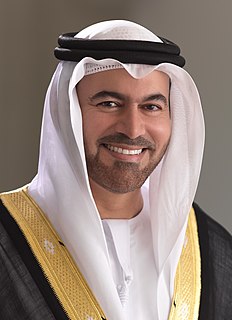 Mohammad Abdulla Al Gergawi is the Minister of Cabinet Affairs and the Future of the United Arab Emirates and the Chairman of the Executive Office of Sheikh Mohammed bin Rashid Al Maktoum, in the Government of Dubai. He leads the development of the UAE Federal Government Strategy and oversees its overall delivery, performance and future readiness. Al Gergawi is known to have been part of many of Dubai's successful projects and has forward looking foresight on the future of the Emirate and the world.

The Dubai Financial Market (DFM) is a stock exchange located in Dubai, United Arab Emirates. It was founded on March 26, 2000.

Gulf News is a daily English language newspaper published from Dubai, United Arab Emirates. It was first launched in 1978, and is currently distributed throughout the UAE and also in other Gulf Countries. Its online edition was launched in 1996.

Art in Dubai is an emerging activity in Dubai, United Arab Emirates. New galleries such as Carbon 12 Dubai, art fairs, artists, art patrons and collectors have grown in number. 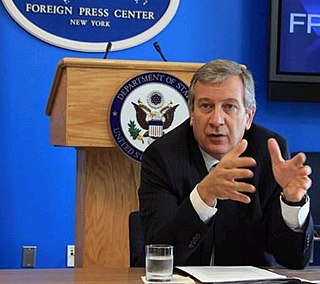 Richard Attias is a Moroccan events producer, founder and former chairman of PublicisLive and currently the executive chairman of Richard Attias and Associates. He is also the founder of The New York Forum and the co-founder of the Global Clinton Initiative and the Nobel Laureates Conference. From 1995 to 2008, he was the Executive Producer of the Davos Forum. 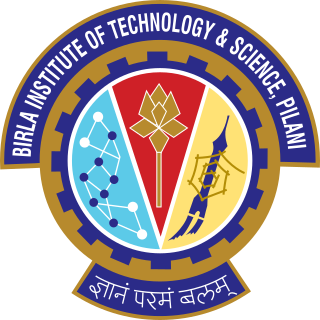 BITS Pilani, Dubai Campus is a private technical university located in Dubai, United Arab Emirates. It is a campus of BITS Pilani. It offers undergraduate, graduate and research courses in engineering, sciences and management.

Arab Media Forum is an international media forum organized by Dubai Press Club, founded in 2001 and based at Dubai, United Arab Emirates.

Art Dubai is a leading international art fair that takes place every March in Dubai. Founded in 2007, Art Dubai is the preeminent platform to see art from the Middle East, North Africa and South Asia. Each year, the fair features a globally diverse lineup of over 90 galleries from more than 40 different countries, from household names to emerging art spaces, making it the world's most globally diverse art fair. Art Dubai is one of the major events on the international arts calendar, attracting over 28,000 visitors in 2018, including UAE-based, regional and international collectors, curators, patrons and nearly 100 visiting museums and institutions. Alongside its gallery halls, Art Dubai’s extensive programming includes commissioned artists’ and curators’ projects, residencies, education initiatives and the Global Art Forum.

Mona Ghanem Al Marri is a government media official in the United Arab Emirates. She has established a career in strategic media communication, management, public relations in addition to key role in the field of women’s empowerment.