Thomson may refer to:

Thomson is a Scottish patronymic surname meaning "son of Thom, Thomp, Thompkin, or other diminutive of Thomas", itself derived from the Aramaic תום or Tôm, meaning "twin". The Welsh surname is documented in Cheshire records before and after the 1066 Norman Conquest. Variations include Thomason, Thomasson, Thomerson, Thomoson, and others. The French surname Thomson is first documented in Burgundy and is the shortened form for Thom[as]son, Thom[es]son. Variations include Thomassin, Thomason, Thomsson, Thomesson, Thomeson, and others. Thomson is uncommon as a given name.

TUI Group is an Anglo-German travel and tourism company headquartered in Hannover, Germany. It is the largest leisure, travel and tourism company in the world, and owns travel agencies, hotels, airlines, cruise ships and retail stores. The group owns six European airlines - the largest holiday fleet in Europe - and several tour operators based in Europe.

Marella Cruises is a British cruise line operated by TUI UK, offering cruise holidays around Europe, the Caribbean, and Asia.

TUI UK is a UK-based travel operator and subsidiary of TUI Group.

Thomson is a lunar impact crater that is located within the Mare Ingenii on the far side of the Moon. Just to the northeast is the unusual merged crater formation of Van de Graaff. On the northwest rim of the mare is O'Day, and to the south-southwest is Obruchev on the southern shore of Mare Ingenii.

The Thomson Dam is a major earth and rockfill embankment dam with a controlled chute spillway across the Thomson River, located about 130 kilometres (81 mi) east of Melbourne in the West Gippsland region of the Australian state of Victoria. The impounded reservoir is officially called Thomson Reservoir, sometimes called Lake Thomson.

The Thomson River is a perennial river that forms part of the Lake Eyre Basin, situated in the central west and western regions of Queensland, Australia. Much of the course of the river comprises a series of narrow channels synonymous with the Channel Country and the Gailee subregion.

The Thomson River, a perennial river of the West Gippsland catchment, is located in the Gippsland region of the Australian state of Victoria.

First Choice Airways was a British charter airline of European tour operator TUI Travel PLC, based in Crawley, England until its merger with Thomsonfly to form Thomson Airways in 2008. It flew to more than 60 destinations worldwide from 14 UK and Irish airports. 70% of the airline's services were operated for its parent company, rising to 85% in the summer season, with the remainder on behalf of some 120 other tour operators. It also operated scheduled year-round leisure routes to Cyprus and the resorts of Spain and Portugal. 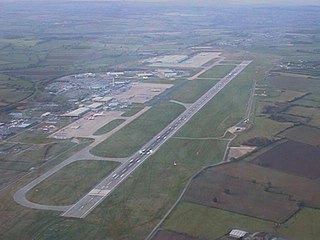 East Midlands Airport is an international airport in the East Midlands of England, close to Castle Donington, Leicestershire, between Loughborough, Derby and Nottingham ; Leicester is to the south. The airfield was originally built as a Royal Air Force station known as RAF Castle Donington in 1943, before being redeveloped as a civilian airport in 1965.

Reuters Group plc was a British multinational media and financial information company headquartered in London, United Kingdom. It was acquired by The Thomson Corporation in 2008, forming Thomson Reuters. 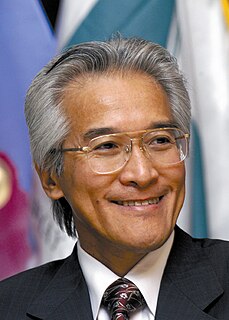 First Choice is a UK-based travel operator brand and subsidiary of TUI Group. 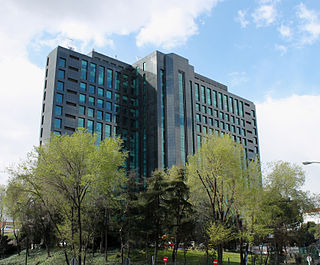 Amadeus IT Group is a major Spanish IT provider for the global travel and tourism industry.

Borneo Airways is the name of two former airlines. The first, Borneo Airways Limited, was based in British Borneo and was active in the 1950s and until 1965. Borneo Airways was in operation during 1997–1999 in Brunei.

TUI Airways, formerly Thomson Airways and often referred to as TUI UK, is the world's largest charter airline, offering scheduled and charter flights from the United Kingdom and the Republic of Ireland to destinations in Europe, Africa, Asia and North America. The airline carried 11.2 million passengers in 2017, making it the third-largest UK airline by total passengers, after EasyJet and British Airways.

TUI Travel PLC was a British leisure travel group headquartered in Crawley, West Sussex. The company was formed on 3 September 2007 by the merger of First Choice Holidays PLC and the Tourism Division of TUI AG, which owned 56.4%. The company operated in 180 countries and claimed 30 million customers.