Thornham Parva is a village and civil parish in the Mid Suffolk district of Suffolk in eastern England. Located to the north of sister village Thornham Magna and around five miles south of Diss, in 2005 its population was 50. [1] By the time of the 2011 Census populations of less than 100 were not maintained separately and this village was included in the population of Thornham Magna.

The small, thatched St Mary's Church is a Grade I listed building. [2] It has early 14th-century wall paintings, on the south wall, the early years of Christ and on the north wall, the martyrdom of St Edmund. There is a circular window in the west wall of the nave that is said to be late Anglo-Saxon as well as the famous retable. Architect Basil Spence died in 1976 at his home at Yaxley, Suffolk and was buried at Thornham Parva. [3] The graves of Dame Anne Warburton, the first female British ambassador, and the violinist, Frederick Grinke, also lie within the churchyard.

The Thornham Parva Retable is a 15 feet (4.6 m) long medieval altarpiece, thought to have been created in the 1330s for a Dominican Priory. [4] It is the largest surviving altarpiece from the English Middle Ages. It survived the reformers of the 16th Century, who raged against idolatry and destroyed most of England's medieval culture, by being removed from the priory. It was discovered in 1927 in a loft at Thornham Hall. The local landowner, Lord Henniker donated it to the church of Thornham Parva where his brother was parson.

The origins of the retable were a puzzle but the picture itself provided vital clues. The figures pinpointed links with the Dominican Order. At either end are St Dominic and St Peter Martyr, joint patrons of the Dominicans. St Catherine and St Margaret of Antioch were the order's mascots. The Apostles Peter and Paul, who were believed to have spoken to St Dominic, all point towards Dominican interest. The presence of St Edmund suggests an East Anglian link. John the Baptist's figure might seem more obscure, but the benefactors of the Dominican Priory at Thetford, John de Warenne, 7th Earl of Surrey and Edmund Gonville would have expected their namesakes to be part of the finished painting.

The retable returned to Thornham Parva church in 2003, following eight years of restoration by the Hamilton Kerr Institute in Cambridge. [5] Using sturgeon glue, applied with tiny dabs of cotton buds, inch by inch the layers of grime were removed to reveal rich gold and glowing autumnal palette of translucent reds, purples and greens which the original artist used. 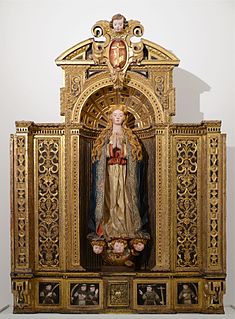 A reredos is a large altarpiece, a screen, or decoration placed behind the altar in a church. It often includes religious images. 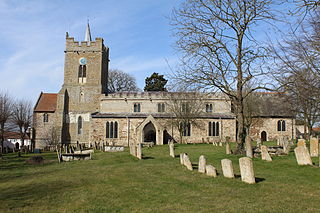 Lakenheath is a village and civil parish in the West Suffolk district of Suffolk in eastern England. It has a population of 4,691 according to the 2011 Census, and is situated in the Forest Heath district of Suffolk, close to the county boundaries of both Norfolk and Cambridgeshire, and at the meeting point of The Fens and the Breckland natural environments. 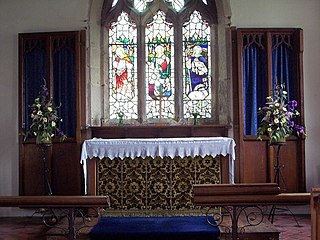 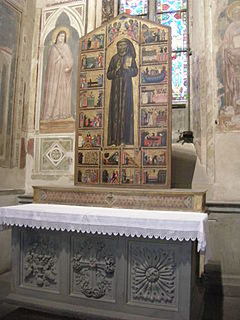 A Dossal, from French dos (back), is one of a number of terms for something rising from the back of a church altar. In modern usage, it primarily refers to cloth hangings but it can also denote a board, often carved or containing a painting, that rises vertically from the back of the altar and to which the cloth is attached. Retable and reredos are alternative terms for solid structures, as is altarpiece, all of them rather more commonly used today.

The Dominican Church, also known as the Church of St. Maria Rotunda, is an early Baroque parish church and minor basilica in the historic center of Vienna, Austria. It is the third church built on the same site in the course of time. 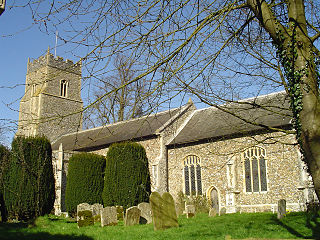 Thornham Magna is the larger sister village of Thornham Parva on the former estate of Thornham Hall, the Henniker family seat, in Suffolk. It is about 3.5 miles (5.6 km) from Eye and close to the A140 road from Norwich to Ipswich. 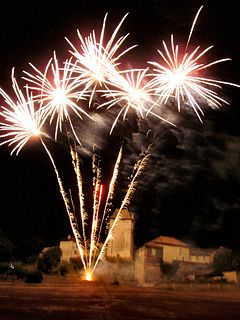 Siorac-de-Ribérac is a commune in the Dordogne department in the Nouvelle-Aquitaine region of southwestern France. 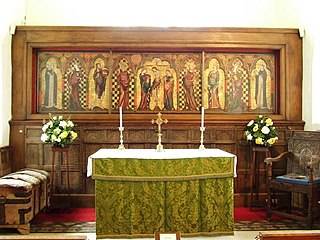 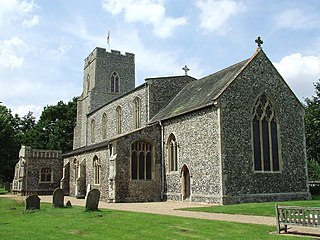 Mendham is a village and civil parish in the Mid Suffolk district of Suffolk in eastern England. Located on the east bank of the River Waveney around a mile east of Harleston, in 2005 its population was 440. The parish includes the hamlets of Withersdale Street. The Mendham Marshes are also within the parish boundaries.

Little Whelnetham (well-NEE-thum) is a village and civil parish in the West Suffolk district of Suffolk in eastern England. Located around two miles south of Bury St Edmunds, in 2005 its population was 180.

St Dominic's Priory Church is one of the largest Catholic churches in London. The church is Grade II* listed building on the National Heritage List for England. It has been served by the Order of Preachers (Dominicans) since 1861, the community living in the adjacent Priory. In October 2016, the church was solemnly inaugurated by the Cardinal Archbishop of Westminster, Vincent Nichols, as a diocesan shrine, with a designated mission of promoting the Rosary.

Consecration crosses are crosses on the interior walls and exterior architecture of a Christian church or cathedral showing where the bishop has anointed the church with chrism or holy water in order to consecrate it. There is often a place for a candle in front of each cross which is lit on the anniversary of the consecration. The crosses signify the sanctity of the church. The 13th-century Trinity Chapel in Salisbury Cathedral contains a painted consecration cross dating from 30 September 1225. 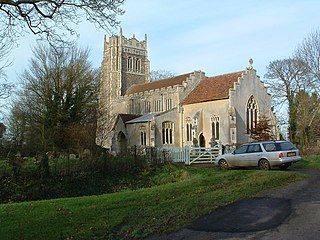 St Mary the Virgin's Church is a redundant Anglican church in the village of Stonham Parva, Suffolk, England. It is recorded in the National Heritage List for England as a designated Grade I listed building, and is under the care of the Churches Conservation Trust. The church is sited 10 miles (16 km) north of Ipswich, to the west of the A140 road.

Linstead Magna is a civil parish in the East Suffolk district of Suffolk in eastern England.

Linstead Parva is a small village and civil parish in the East Suffolk district of Suffolk in eastern England. It has a small but notable 13th-century parish church, still in regular use. The village pub, The Greyhound, was already established and trading when referenced in 1874, but it closed permanently in March 1955, and is now a private dwelling. 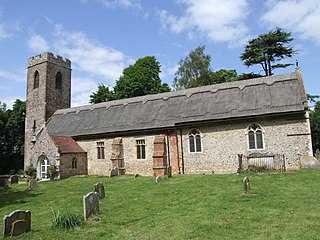 North Cove is a village and civil parish in the north of the English county of Suffolk. It is part of the East Suffolk district, located around 3 miles (4.8 km) east of Beccles and 5 miles (8.0 km) west of Lowestoft. It merges with the village of Barnby and the villages share some resources, although the two parishes retain separate parish councils.

St Mary's Church is a medieval church in Thornham Parva, Suffolk, England. Much of the fabric dates from the 12th century, and it is a Grade I listed building. Originally the church served not only Thornham Parva but the neighbouring village of Thornham Magna, which is now a separate parish.

The Thornham Parva Retable is a medieval altarpiece, now in Thornham Parva, Suffolk, England. The retable is thought to have been created in the 1330s for a Dominican Priory. At 15 feet (4.6 m) long, it is the largest surviving altarpiece from the English Middle Ages.