The Thorpe rail accident occurred on 10 September 1874, when two trains were involved in a head-on collision at Thorpe St Andrew in the English county of Norfolk. [1] [2]

The accident occurred on what was then a single-track rail line between Norwich railway station and Brundall. The two trains involved were the 20:40 mail from Yarmouth and the 17:00 express from London to Yarmouth. The latter had left Norwich Thorpe at 21:30 and would normally have had a clear run on its way to Yarmouth, since the mail train should have been held on a loop line at Brundall to allow the express to pass. On this occasion trains were running late.

In such circumstances, when the timetable was upset, drivers had to have written authority to proceed further. Due to a series of errors (primarily, the telegraph clerk sending the authorization message before it had been signed by the appropriate official), both drivers received their authority, and anxious to make up for lost time, set off at speed along the single track. The accident, when it occurred around 21:45, resulted in both locomotives rearing into the air, and carriages reduced to wreckage.

Both drivers and firemen were killed, as were 17 passengers with 4 later dying from their injuries. [3] 73 passengers and two railway guards were seriously injured.

Prompted by the accident, engineer Edward Tyer developed the tablet system in which a token is given to the train driver; this must be slotted into an electric interlocking device at the other end of the single-track section before another train is allowed to pass. [3]

The Canoe River train crash in Canada in 1950 also involved two trains, controlled by telegraphed orders, authorized to enter the same single-track section in opposite directions. 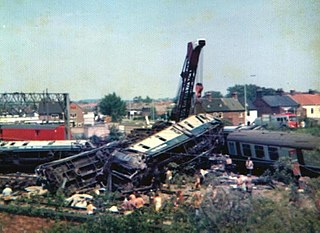 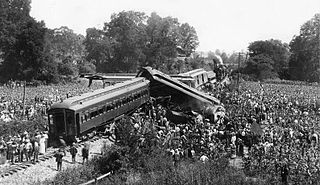 The Great Train Wreck of 1918 occurred on July 9, 1918, in Nashville, Tennessee, United States. Two passenger trains, operated by the Nashville, Chattanooga and St. Louis Railway ("NC&StL"), collided head-on, costing at least 101 lives and injuring an additional 171. It is considered the worst rail accident in U.S. history, though estimates of the death toll of this accident overlap with that of the Malbone Street Wreck in Brooklyn, New York, the same year.

The Wherry Lines are railway branch lines in the East of England, linking Norwich to Great Yarmouth and Lowestoft. There are 14 stations including the three termini. They form part of Network Rail Strategic Route 7, SRS 07.11 and are classified as a rural line.

Reedham railway station is on the Wherry Lines in the East of England, serving the village of Reedham, Norfolk. It is 12 miles 13 chains (19.6 km) down the line from Norwich and is situated between Cantley to the west and, to the east, Berney Arms on the Great Yarmouth branch or Haddiscoe on the Lowestoft branch. It is commonly suffixed as Reedham (Norfolk) in order to distinguish it from the station of the same name in south London. Its three-letter station code is REE. 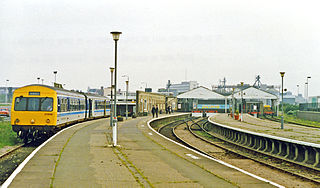 Great Yarmouth railway station is one of two eastern termini of the Wherry Lines in the East of England, serving the seaside town of Great Yarmouth, Norfolk. The other terminus at the eastern end of the lines is Lowestoft, and the western terminus to which all trains run is Norwich. 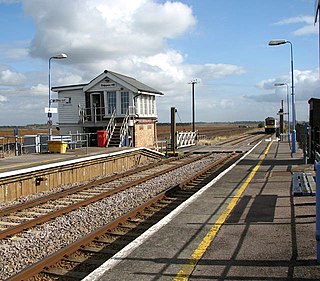 The Breckland line is a secondary railway line in the east of England that links Cambridge in the west to Norwich in the east. The line runs through three counties: Cambridgeshire, Suffolk and Norfolk. It takes its name from the Breckland region of Norfolk, and passes through Thetford Forest. 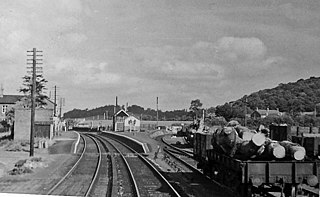 The Abermule train collision was a head-on collision which occurred at Abermule, Montgomeryshire, Wales on 26 January 1921, killing 17 people. The crash arose from misunderstandings between staff which effectively over-rode the safe operation of the Electric Train Tablet system protecting the single line. A train departed carrying the wrong tablet for the section it was entering and collided with a train coming the other way.

Brundall is a village and civil parish in the English county of Norfolk. It is located on the north bank of the River Yare opposite Surlingham Broad and about 7 miles (11 km) east of the city of Norwich.

Buckenham railway station is on the Wherry Lines in the east of England, serving the village of Buckenham in Norfolk. It is 7 miles 62 chains (12.5 km) down the line from Norwich on the routes to Lowestoft and Great Yarmouth and is situated between Brundall and Cantley. Its three-letter station code is BUC. 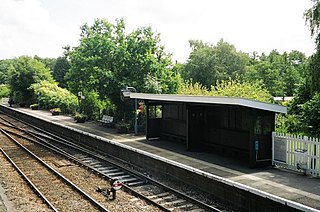 Brundall railway station is on the Wherry Lines in the east of England, serving the village of Brundall, Norfolk. It is 5 miles 60 chains (9.3 km) down the line from Norwich on the route to Great Yarmouth and Lowestoft. Its three-letter station code is BDA. 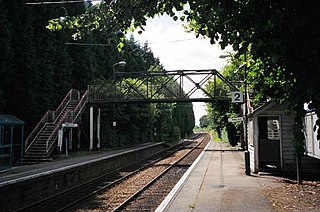 Brundall Gardens railway station is on the Wherry Lines in the East of England, serving the western side of the village of Brundall, Norfolk. It is 4 miles 66 chains (7.8 km) down the line from Norwich on the routes to Great Yarmouth and Lowestoft. Its three-letter station code is BGA.

The Radstock rail accident took place on the Somerset and Dorset Joint Railway in south west England, on 7 August 1876. Two trains collided on a single track section, resulting in fifteen passengers being killed.

The Wymondham to Wells Branch was a railway built in stages by the Norfolk Railway, Eastern Counties Railway and Wells and Fakenham Company between 1847 and 1857. The railway ran from Wymondham in the south, through Dereham and Fakenham to the coastal town of Wells-next-the-Sea; more specifically, the line ran from Wymondham South Junction, where it met the present-day Breckland Line. Passenger services along the line lasted until 1969; the railway continued to be used for freight until 1989. The southern section of the railway now forms the Mid-Norfolk Railway, with part of the northern section serving as the narrow gauge Wells and Walsingham Light Railway.

The Barrow Upon Soar rail crash occurred on 1 February 2008 some 300 yards north west of Barrow-upon-Soar railway station in the suburbs of Loughborough. A train collided with a bridge which had been accidentally demolished by a lorry.

The 1944 Ilford rail crash occurred on 16 January 1944 when, in darkness and dense fog, an express passenger train passed a signal at danger and collided with another passenger train that was stopped at Ilford railway station in Essex, England. 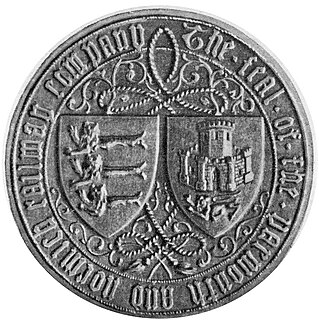 The Yarmouth & Norwich Railway (Y&NR) was the earliest railway in Norfolk, England. It was formed after it became apparent that it would be a number of years before the Eastern Counties Railway would extend their railway into Norfolk. 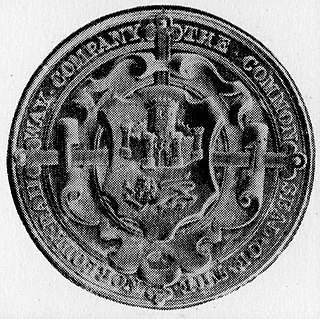 The Norfolk Railway was an early railway company that controlled a network of 94 miles around Norwich, England. It was formed in 1845 by the amalgamation of the Yarmouth and Norwich Railway opened in 1844, and the Norwich and Brandon Railway, not yet opened. These lines were built out of frustration that the Eastern Counties Railway line that was expected to connect Norwich to London failed to be completed. The Norfolk Railway also leased the Lowestoft Railway and Harbour company, and built a branch to Dereham and Fakenham, opened in 1846 and 1849 respectively.