Thorybes pylades, the northern cloudywing, is a butterfly species of the family Hesperiidae. [2]

The wingspan of T. pylades is between 32 and 47 mm. Both males and females have completely dark brown wings except for the small triangular clear spots.

The northern cloudywing is seen from Nova Scotia west across Canada, south into California and across the rest of the United States. Its habitat consist of open boreal woodlands, forest edges, and open fields.

Adults lay eggs singly under the leaves of their host plants. The caterpillars then will eat till they are ready to pupate at which point they will roll themselves into the host plants' leaves. They fly between May and July where there is only one brood, but in the south they fly from March and September where there are two broods.

Pieris rapae is a small- to medium-sized butterfly species of the whites-and-yellows family Pieridae. It is known in Europe as the small white, in North America as the cabbage white or cabbage butterfly, on several continents as the small cabbage white, and in New Zealand simply as the white butterfly. The butterfly is recognizable by its white color with small black dots on its wings, and it can be distinguished from P. brassicae by the smaller size and lack of the black band at the tip of their forewings.

Pieris brassicae, the large white, also called cabbage butterfly, cabbage white, cabbage moth (erroneously), or in India the large cabbage white, is a butterfly in the family Pieridae. It is a close relative of the small white, Pieris rapae.

Aricia agestis, the brown argus, is a butterfly in the family Lycaenidae. It is found throughout the Palearctic realm, north to northern Jutland (Denmark) and east to Siberia and the Tian Shan. 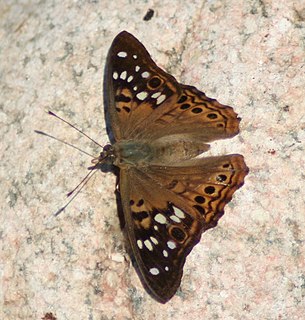 Papilio canadensis, the Canadian tiger swallowtail, is a species of butterfly in the family Papilionidae. It was once classified as a subspecies of Papilio glaucus. 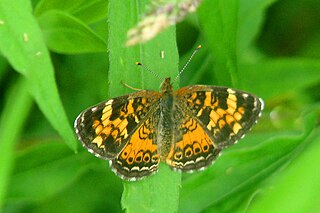 Phyciodes batesii, the tawny crescent, is a butterfly of the family Nymphalidae that occurs in North America.

Eurema lisa, commonly known as the little yellow, little sulphur or little sulfur, is a butterfly species of subfamily Coliadinae that occurs in Central America and the southern part of North America.

Chlosyne gorgone, the gorgone checkerspot, is a species of Nymphalinae butterfly that occurs in North America. 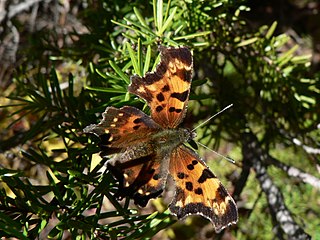 Polygonia faunus, the green comma, Faunus comma, or Faunus anglewing is a butterfly of the family Nymphalidae. 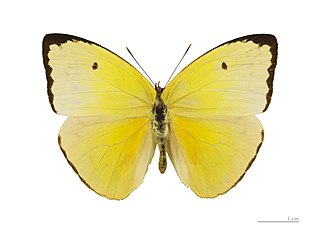 Aphrissa statira, the statira sulphur, is a species of Lepidoptera in the family Pieridae. The species is a medium-sized yellow butterfly, with females more pale than males. They are found from southern regions of Florida and Texas through southern Brazil and northern Argentina. The caterpillars feed on the leaves of several local host plants, while adults prefer to feed on the nectar of red or orange colored flowers. The species is most noted for their dramatic migrations in the tropical areas of the Americas. They have been the subject of many studies about how butterflies navigate and orient during migration. 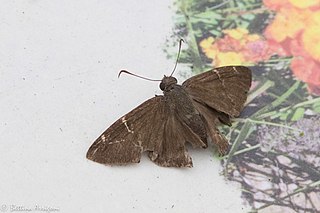 Thorybes confusis, the confused cloudywing, is a butterfly in the family Hesperiidae.

Clitoria fragrans is a rare species of flowering plant in the legume family known by the common name pigeon wings, or sweet-scented pigeon wings. It is endemic to Central Florida, where it was known most recently from 62 occurrences, but no current estimates of the total global population are available. The plant is a federally listed threatened species of the United States.