Three Critics of the Enlightenment

Three Critics of the Enlightenment: Vico, Hamann, Herder is a collection of essays in the history of philosophy by 20th century philosopher and historian of ideas Isaiah Berlin. Edited by Henry Hardy and released posthumously in 2000, the collection comprises the previously published works Vico and Herder: Two Studies in the History of Ideas (1976) – an essay on Counter-Enlightenment thinkers Giambattista Vico and Johann Gottfried Herder – and The Magus of the North: J. G. Hamann and the Origins of Modern Irrationalism (1993), concerning irrationalist Johann Georg Hamann.

Berlin's initial interest in the critics of the Enlightenment arose through reading the works of Marxist historian of ideas Georgi Plekhanov. [1] The historian Zeev Sternhell has raised questions concerning the editing of the work, pointing to Henry Hardy's replacement of Berlin's citations of secondary sources with primary sources on a number of occasions. He suggests that Hardy's editing "raises doubts as to Berlin's reading of his sources," and concludes with the following observation: "The question whether systematically omitting the secondary sources and replacing them with texts that Berlin himself did not mention, which probably means he did not read them, can be considered a legitimate procedure is highly dubious." [2]

Vico and Herder are portrayed by Berlin as alternatives to the rationalistic epistemology which characterized the Enlightenment. [3] Berlin held that the agenda of the Enlightenment could be understood in a number of ways, and that to view it from the perspectives of its critics (i.e. Vico, Herder and Hamann) was to bring its distinctive and controversial aspects into sharp focus. [4] Three Critics was one of Berlin's many publications on the Enlightenment and its enemies that did much to popularise the concept of a Counter-Enlightenment movement that he characterised as relativist, anti-rationalist, vitalist and organic, [5] and which he associated most closely with German Romanticism.

Berlin identifies Hamann as one of the first thinkers to conceive of human cognition as language – the articulation and use of symbols. Berlin saw Hamann as having recognised as the rationalist's Cartesian fallacy the notion that there are "clear and distinct" ideas "which can be contemplated by a kind of inner eye", without the use of language. [6] Herder, coiner of the term Nazionalismus (nationalism) is portrayed by Berlin as conceiving of the nation as a "people's culture," the unique way of life of a particular folk, bound by ties of kinship and ties to land, defined by their unique history. [7]

Romanticism was an artistic, literary, musical, and intellectual movement that originated in Europe towards the end of the 18th century, and in most areas was at its peak in the approximate period from 1800 to 1850. Romanticism was characterized by its emphasis on emotion and individualism, idealization of nature, suspicion of science and industrialization, and glorification of the past with a strong preference for the medieval rather than the classical. It was partly a reaction to the Industrial Revolution, the social and political norms of the Age of Enlightenment, and the scientific rationalization of nature—all components of modernity. It was embodied most strongly in the visual arts, music, and literature, but had a major impact on historiography, education, chess, social sciences, and the natural sciences. It had a significant and complex effect on politics, with romantic thinkers influencing conservatism, liberalism, radicalism, and nationalism. 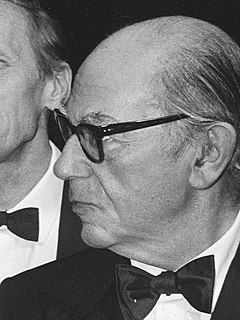 Sir Isaiah Berlin was a Russian-British social and political theorist, philosopher, and historian of ideas. Although he became increasingly averse to writing for publication, his improvised lectures and talks were sometimes recorded and transcribed, and many of his spoken words were converted into published essays and books, both by himself and by others, especially his principal editor from 1974, Henry Hardy.

Giambattista Vico was an Italian philosopher, rhetorician, historian, and jurist during the Italian Enlightenment. He criticized the expansion and development of modern rationalism, finding Cartesian analysis and other types of reductionism impractical to human life, and he was an apologist for classical antiquity and the Renaissance humanities, in addition to being the first expositor of the fundamentals of social science and of semiotics. He is recognised as one of the first Counter-Enlightenment figures in history. 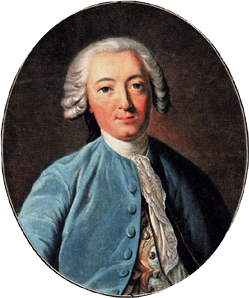 Claude Adrien Helvétius was a French philosopher, freemason and littérateur. 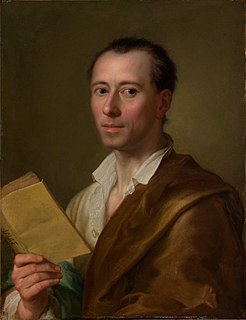 Johann Joachim Winckelmann was a German art historian and archaeologist. He was a pioneering Hellenist who first articulated the difference between Greek, Greco-Roman and Roman art. "The prophet and founding hero of modern archaeology", Winckelmann was one of the founders of scientific archaeology and first applied the categories of style on a large, systematic basis to the history of art. Many consider him the father of the discipline of art history. He was one of the first to separate Greek Art into periods, and time classifications. His would be the decisive influence on the rise of the Neoclassical movement during the late 18th century. His writings influenced not only a new science of archaeology and art history but Western painting, sculpture, literature and even philosophy. Winckelmann's History of Ancient Art (1764) was one of the first books written in German to become a classic of European literature. His subsequent influence on Lessing, Herder, Goethe, Hölderlin, Heine, Nietzsche, George, and Spengler has been provocatively called "the Tyranny of Greece over Germany." 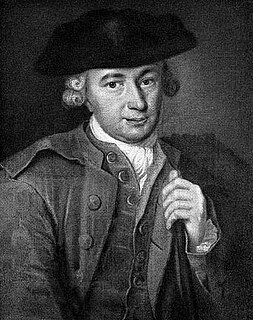 Johann Georg Hamann was a German Lutheran philosopher from Königsberg known as “the Wizard of the North” who was one of the leader figures of post-Kantian philosophy. His work was used by his student J. G. Herder as the main support of the Sturm und Drang movement, and is associated with the Counter-Enlightenment and Romanticism.

The Counter-Enlightenment refers to a loose collection of intellectual stances that arose during the European Enlightenment in opposition to its mainstream attitudes and ideals. The Counter-Enlightenment is generally seen to have continued from the 18th century into the early-19th century, especially with the rise of Romanticism. Its thinkers did not necessarily agree to a set of counter-doctrines but instead each challenged specific elements of Enlightenment thinking, such as the belief in progress, the rationality of all humans, liberal democracy, and the increasing secularisation of society.

Zeev Sternhell was a Polish-born Israeli historian, political scientist, commentator on the Israeli–Palestinian conflict, and writer. He was one of the world's leading theorists of the phenomenon of fascism. Sternhell headed the Department of Political Science at the Hebrew University of Jerusalem and wrote for Haaretz newspaper. 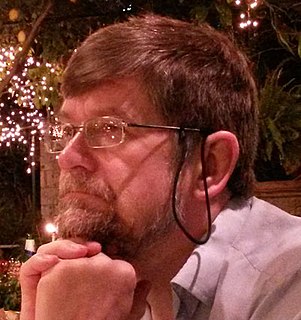 In ethics, value pluralism is the idea that there are several values which may be equally correct and fundamental, and yet in conflict with each other. In addition, value-pluralism postulates that in many cases, such incompatible values may be incommensurable, in the sense that there is no objective ordering of them in terms of importance. Value pluralism is opposed to value monism. 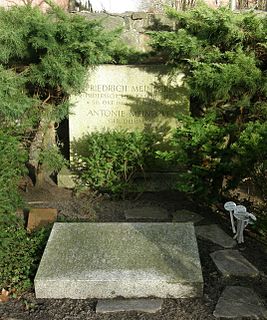 Friedrich Meinecke was a German historian, with national liberal and anti-semitic views, who supported the Nazi invasion of Poland. After World War II, as a representative of an older tradition, he criticized the Nazi regime, but continued to express anti-semitic prejudices.

Thomas Blackwell the younger was a classical scholar, historian and "one of the major figures in the Scottish Enlightenment."

The term Cartesian linguistics was coined with the publication of Cartesian Linguistics: A Chapter in the History of Rationalist Thought (1966), a book on linguistics by Noam Chomsky. The word "Cartesian" is the adjective pertaining to René Descartes, a prominent 17th-century philosopher. However, rather than confine himself to the works of Descartes, Chomsky surveys other authors interested in rationalist thought. In particular, Chomsky discusses the Port-Royal Grammar (1660), a book which foreshadows some of his own ideas concerning universal grammar.

Mark Lilla is an American political scientist, historian of ideas, journalist, and professor of humanities at Columbia University in New York City. A self-described liberal, he frequently, though not always, presents views from that perspective.

The Volkstum is the entire utterances of a Volk or ethnic minority over its lifetime, expressing a "Volkscharakter" this unit had in common. It was the defining idea of the Völkisch movement.

Christian Tobias Damm was a renowned German Classical philologist, and the less than orthodox theologian who was rector (1730) and prorector (1742) of the Köllnische Gymnasium, the oldest in Berlin, but prematurely pensioned off in 1766, in the wake of scandalized accusations of trends towards Socianian doctrines in some of his work, to his lasting bitterness.

The New Science is the major work of Italian philosopher Giambattista Vico. It was first published in 1725 to little success, but has gone on to be highly regarded and influential in the philosophy of history, sociology, and anthropology. The central concepts were highly original and prefigured the Age of Enlightenment. 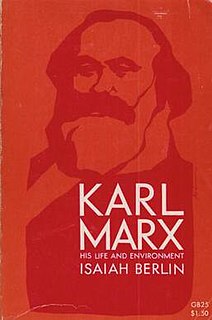 Karl Marx: His Life and Environment is a 1939 biography of the philosopher Karl Marx by the historian of ideas Isaiah Berlin.

Against the Current: Essays in the History of Ideas (1979) is a collection of essays by the 20th-century philosopher and historian Isaiah Berlin.