Three Preludes is a collection of short piano pieces by George Gershwin, which were first performed by the composer at the Roosevelt Hotel in New York City in 1926. Each prelude is a well-known example of early-20th-century American classical music, as influenced by jazz.

Gershwin originally planned to compose 24 preludes called The Melting Pot for this group of works [1] . The number was reduced to seven in manuscript form, and then reduced to six in public performance, and further decreased to three when first published in 1926. Two of the remaining preludes not published were rearranged for solo violin and piano and published as Short Story . Of the other two, the Prelude in G was eliminated by the publisher because somewhat similar music had already appeared in Gershwin's Concerto in F. The other was excluded for unknown reasons.

The pieces have been arranged for solo instruments, small ensembles, and piano.

The first prelude, in B-flat major, begins with a five-note blues motif; virtually all the melodic material in the piece is based on this theme. Syncopated rhythms based on the Brazilian baião and chords containing flattened sevenths occur throughout; these give the piece a strong jazz feel. Although these sounds are far from adventurous by modern standards, to the audiences of the late 1920s they were almost unheard of. Structurally, the piece is in ternary form; however, the impression on the listener is that of a fantasia. This effect is achieved by using snippets of various virtuoso techniques, such as repeated notes, octaves, scales, and crossed hands, each of which is used for only a moment before the piece catches a flicker of some new idea.

The second Prelude, in C-sharp minor, also has the distinct flavour of jazz. The piece begins with a subdued melody winding its way above a smooth, steady bassline. The harmonies and melodies of this piece are built on thirds, emphasizing both the interval of the seventh and the major/minor duality of the blues scale. In the second section, the key, tempo, and thematic material all change; only the similarity of style binds the two sections together. The opening melody and bass return in the final section, more succinct but otherwise unchanged, and the piece ends with a slow ascent of the keyboard. Gershwin himself referred to the piece as "a sort of blues lullaby."

3. Agitato (as marked in the manuscript, not as published)

Gershwin himself called this prelude in E-flat minor "Spanish", but modern ears may find the description puzzling. After a brief and dramatic introduction, the main theme is revealed: two melodies that together form a question-and-answer pair. This theme is used throughout to provide harmonic structure. The "question" is harmonized using E-flat minor chords, the "answer" by E-flat major chords. After a brief, highly syncopated middle section, the melodic pair returns assertively in octaves, causing a battle between major and minor. Major wins, and the piece concludes with a flourish.

In music, an ostinato is a motif or phrase that persistently repeats in the same musical voice, frequently in the same pitch. Well-known ostinato-based pieces include both classical compositions, such as Ravel's Boléro and the Carol of the Bells, and popular songs such as Donna Summer and Giorgio Moroder's "I Feel Love" (1977), Henry Mancini's theme from Peter Gunn (1959), The Who's "Baba O'Riley" (1971), and The Verve's "Bitter Sweet Symphony" (1997).

Ludwig van Beethoven's Piano Sonata No. 3 in C major, Op. 2, No. 3, is a sonata written for solo piano, composed in 1795. It is dedicated to Joseph Haydn and is often referred to as one of Beethoven's earliest "grand and virtuosic" piano sonatas. All three of Beethoven's Op. 2 piano sonatas contain four movements, an unusual length at the time, which seems to show that Beethoven was aspiring towards composing a symphony. It is both the weightiest and longest of the three Op. 2 sonatas, and it presents many difficulties for the performer, including difficult trills, awkward hand movements, and forearm rotation. It is also one of Beethoven's longest piano sonatas in his early period. With an average performance lasting just about 24–26 minutes, it is second only to the Grand Sonata in E♭ Major, Op. 7, published just a year later, in 1796. 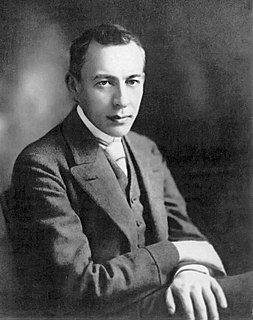 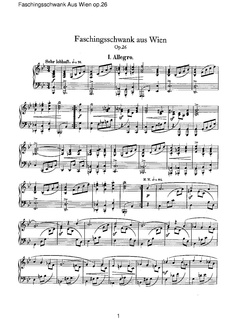 Faschingsschwank aus Wien, Op. 26, is a solo piano work by Robert Schumann. He began composition of the work in 1839 in Vienna. He wrote the first four movements in Vienna, and the last on his return to Leipzig. 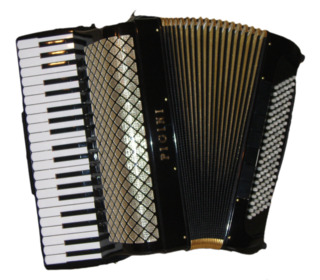 American Rhapsody was written for the accordion by John Serry Sr. in 1955 and subsequently transcribed for the free bass accordion in 1963 and for the piano in 2002. The composer was inspired by the classical orchestral works of George Gershwin along with various Latin Jazz percussive rhythms utilized throughout South America while composing this opus. 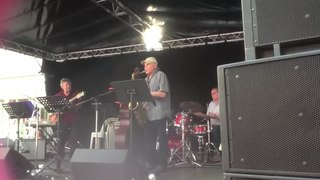 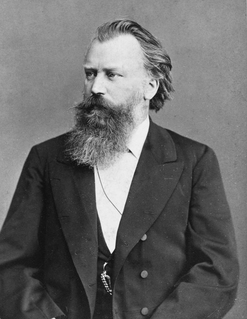 Johannes Brahms's Violin Sonata No. 3 in D minor, Op. 108 is the last of his violin sonatas, composed between 1886 and 1888. Unlike the two previous violin sonatas, it is in four movements. The sonata is dedicated to Brahms' friend and colleague Hans von Bülow, and was premiered in Budapest in 1888 with Jenő Hubay on violin and the composer at the piano.

The Nocturnes, Op. 32 are a set of two nocturnes for solo piano written and published by Frédéric Chopin in 1837. The nocturnes are dedicated to Madame Camile de Billing, and were his ninth and tenth nocturnes published.

"La cathédrale engloutie" is a prelude written by the French composer Claude Debussy for solo piano. It was published in 1910 as the tenth prelude in Debussy's first of two volumes of twelve piano preludes each. It is characteristic of Debussy in its form, harmony, and content. 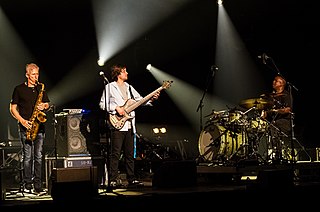 Blues, Rags and Stomps, Op. 1, was composed by Robert Boury between 1970-1973. It consists two books, three movements each. Boury composed mostly during his graduate study at the University of Michigan in Ann Arbor. The first set was nicknamed “Varsity Rags”, which Eubie Blake admired and told the audience, “Now that’s ragtime”, after he heard Boury’s performance at the 1971 Toronto ragtime Festival. Book I and II consist of three movements each: I. A Tristan Two-Step, II. Alice Walking, and III. The Rocket’s Red Glare. Book II: I. Eubie’s Blues, II. Stroller in Air, III. I Left My Heart. Boury comments that “A Tristan Two-step” represents his breakaway from modern music and was a way to be accepted as a tonal composer. 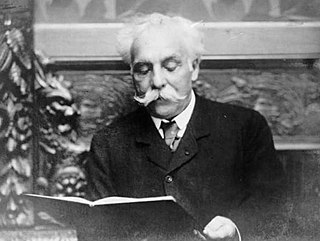 The French composer Gabriel Fauré (1845–1924) wrote in many genres, including songs, chamber music, orchestral pieces, and choral works. His compositions for piano, written between the 1860s and the 1920s, include some of his best known works.

The Sei pezzi per pianoforte, P 044, is a set of six solo piano pieces written by the Italian composer Ottorino Respighi between 1903 and 1905. These salon pieces are eclectic, drawing influence from different musical styles and composers, particularly music of earlier periods. The pieces have various musical forms and were composed separately and later published together between 1905 and 1907 in a set under the same title for editorial reasons; Respighi had not composed them conceiving them as a suite, and therefore did not intend to have uniformity among the pieces. The set, under Bongiovanni, became his first published works. Five of the six pieces are derived from earlier works by Respighi, and only one of them, the "Canone", has an extant manuscript.