Thomas Benjamin Savage (born April 26, 1990) is a former American football quarterback. He played college football at Rutgers, Arizona, and Pittsburgh and was drafted by the Houston Texans in the fourth round of the 2014 NFL Draft.

Savage was born in Springfield, Pennsylvania on April 26, 1990, to Linda and Tom Savage. He has an older brother named Bryan who played quarterback at Wisconsin and Hofstra. [1]

At Cardinal O'Hara High School, Savage was a member of the Lions football team for four years and started at quarterback for three. [2] He threw for 1,355 yards and 10 touchdowns as a senior. [3]

Savage enrolled at Rutgers University in 2009 under head coach Greg Schiano. [4] After Rutgers opened the season with a 45–17 loss to Cincinnati, he was named the starting quarterback. [5] He led the team to a 9–4 record. [6] During his freshman year at Rutgers, Savage passed for 2,211 yards and 14 touchdowns, while throwing only seven interceptions. [7] In arguably his best game of the year, he completed 14-of-27 passes for a season-high 294 yards and two touchdowns against the University of Central Florida in a 45–24 victory in the 2009 St. Petersburg Bowl. [8] He was named on the All-American Freshman Team by the Football Writers Association of America. [9]

In the 2010 season, Savage threw for 521 passing yards, two touchdowns, and three interceptions. [10] Early in the season, he was sidelined by an injury to his hand and replaced with freshman quarterback Chas Dodd. [11] Dodd remained the starting quarterback based on his performance against Connecticut in his first ever start. [12] On January 8, 2011, Savage announced he would transfer from Rutgers University. [13] Rutgers granted Savage a conditional release. In February 2011, he announced that he was transferring to Arizona. He missed the 2011 season due to NCAA transfer rules but was eligible to play in 2012. [14]

Late in 2011, Savage announced his departure from Arizona, a move which followed the announcement that Arizona had hired Rich Rodriguez as head coach. [15] In June, Savage announced via his Twitter page that he was transferring to Pittsburgh where he redshirted in 2012. [16] Savage initially wanted to play at Rutgers again; however a hardship waiver was denied by the NCAA.

In the fourth round of the 2014 NFL Draft, Savage was drafted 135th overall by the Houston Texans. He was the seventh quarterback to be selected that year. [22] On May 15, 2014, he signed a four-year contract with the team. On November 30, against the Tennessee Titans, he appeared in a game for the first time and had two kneel down plays. [23] On December 14, he had his first significant playing time after Ryan Fitzpatrick broke his leg against the Indianapolis Colts. [24] He finished the 17–10 loss with 127 passing yards and an interception. [25]

On September 5, 2015, Savage was placed on injured reserve by the Texans with a shoulder injury. [26] Due to his injury, Savage saw no playing time in 2015.

On December 18, 2016, Savage entered the game in the second quarter against the Jacksonville Jaguars in relief of Brock Osweiler, who was benched after throwing for 48 yards and back-to-back first-half interceptions. Savage brought the Texans back from a 13–0 deficit and completed 23-of-36 pass attempts for 260 passing yards as he led the Texans to a 21–20 comeback win. [27] Savage was named the starting quarterback for the Week 16 game against the Cincinnati Bengals. [28] He completed 18-of-29 passes for 176 yards in the 12–10 win against the Bengals, clinching the AFC South title for the Texans. [29] During a Week 17 24–17 loss against the Tennessee Titans, Savage left the game in the second quarter with an apparent concussion but later returned to the game for one play; which was a kneel down at the end of the second quarter. During halftime, he was re-evaluated for a concussion and ruled out for the rest of the game. [30] [31] Due to Savage's injury, Osweiler started the team's Wild Card Round playoff win against the Oakland Raiders. [32] Shortly after the game, head coach Bill O'Brien announced that Osweiler would remain the team's starter for the Divisional round playoff game. [33] Savage then cleared concussion protocol and was Osweiler's backup for the Divisional round playoff game against the New England Patriots, which the Texans lost by a score of 33–16. [34] [35]

In 2017, Savage was competing for the Texans' starting job after the team drafted Deshaun Watson in the first round. After a strong preseason, Savage was named the starter to begin the 2017 season. [36] He started the Week 1 game against the Jacksonville Jaguars, but was benched at halftime in favor of Watson. Savage completed 7-of-13 passes for 62 yards, was sacked six times and fumbled twice, including one that was returned for a touchdown by defensive end Dante Fowler, making the score 19–0 at halftime. The Texans lost by a score of 29–7. [37] [38] Watson then started the next six games for the Texans. On November 2, Watson tore his ACL during practice, ending his season. This put Savage in line to be the starter. [39] Savage then started the team's Week 9 game against the Indianapolis Colts, completing 19-of-44 passes for 219 yards and his first NFL touchdown, a 34-yard pass to wide receiver DeAndre Hopkins, in the 20–14 loss. [40] In Week 11, Savage had his first 2 touchdown game in a 31–21 victory over the Arizona Cardinals. He finished the game with 230 passing yards. [41] During Week 13 against the Tennessee Titans, Savage finished with a career-high 365 passing yards, a touchdown, and an interception as the Texans lost 13–24. [42] During Week 14 against the San Francisco 49ers, Savage left the game late in the second quarter after suffering a concussion. [43] He was placed on injured reserve on December 23, 2017. [44] During the process, the Texans were suspected to have violated the concussion protocol policy, but were not disciplined. [45] Overall, he finished the 2017 season with 1,412 passing yards, five passing touchdowns, and six interceptions in eight games. [46]

Since its independence, Armenia has maintained a policy of complementarism by trying to have positive and friendly relations with Iran, Russia, and the West, including the United States and the European Union. It has full membership status in a number of international organizations and observer status, etc. in some others. However, the dispute over the Armenian genocide of 1915 and the ongoing Nagorno-Karabakh conflict have created tense relations with two of its immediate neighbors, Azerbaijan and Turkey.

Bulgaria, officially the Republic of Bulgaria, is a country in Southeast Europe. It is situated on the eastern flank of the Balkans, and is bordered by Romania to the north, Serbia and North Macedonia to the west, Greece and Turkey to the south, and the Black Sea to the east. Bulgaria covers a territory of 110,994 square kilometres (42,855 sq mi), and is the sixteenth-largest country in Europe. Sofia is the nation's capital and largest city; other major cities are Plovdiv, Varna and Burgas. 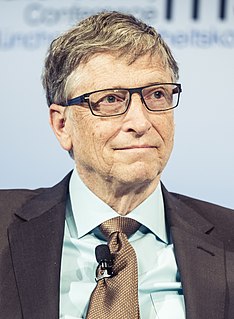 William Henry Gates III is an American business magnate, software developer, investor, author, and philanthropist. He is a co-founder of Microsoft, along with his late childhood friend Paul Allen. During his career at Microsoft, Gates held the positions of chairman, chief executive officer (CEO), president and chief software architect, while also being the largest individual shareholder until May 2014. He was a major entrepreneur of the microcomputer revolution of the 1970s and 1980s.

The Toyota Yaris is a supermini/subcompact car sold by Toyota since 1999, replacing the Starlet and Tercel. 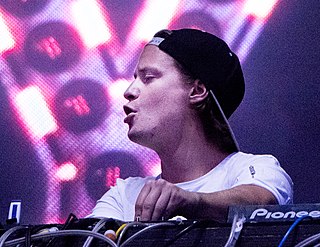 Kyrre Gørvell-Dahll, known professionally as Kygo, is a Norwegian DJ and music producer. He garnered international attention with his December 2013 remix of the track "I See Fire" by Ed Sheeran and his December 2014 single "Firestone". In late 2015, he became the fastest artist to reach 1 billion streams on Spotify, and by June 2016, he had reached 2 billion streams on Spotify.

Tara Sutaria is an Indian actress who works in Hindi films and television. She began her career as a singer in Disney India's Big Bada Boom and transitioned to acting with the channel's sitcoms The Suite Life of Karan & Kabir (2012) and Oye Jassie (2013).

Prince George of Cambridge is a member of the British royal family. He is the eldest child of Prince William, Duke of Cambridge, and Catherine, Duchess of Cambridge, and is third in the line of succession to the British throne, behind his grandfather Prince Charles and his father. Due to his rank in the line of succession, and the subsequent expectation that he will one day become the British monarch, his birth was widely celebrated across the Commonwealth realms. George occasionally accompanies his parents on royal tours and engagements.

I Can See Your Voice is an international television mystery music game show franchise that originated in South Korea.