Tomina is the seat of the homonymous municipality located in the Tomina Province in the Chuquisaca Department of Bolivia. At the time of the 2001 census it had 983 inhabitants. [1]

Borgarnes is a town located on a peninsula at the shore of Borgarfjörður in Iceland and is the largest town in the Borgarbyggð municipality with a population of about 3750 residents. It is a main junction in Iceland and the gateway to the Snaefellsnes National Park. Iceland's capital Reykjavik is 69 kilometers from the center of Borgarnes. The second largest bridge in Iceland, the Borgarfjarðarbrú, connects traffic to and from Reykjavik.

Municipalities are the second-level administrative divisions of Mexico, where the first-level administrative division is the state. As of January 2021, there are 2,454 municipalities in Mexico, including the 16 alcaldías of Mexico City. Since the 2015 Intercensal Survey, two municipalities have been created in Campeche, three in Chiapas, three in Morelos, one in Quintana Roo and one in Baja California. The internal political organization and their responsibilities are outlined in the 115th article of the 1917 Constitution and detailed in the constitutions of the states to which they belong. Municipalities are distinct from cities, a form of Mexican locality; some municipalities can be as large as full states, while cities can be measured in basic geostatistical areas or city blocks. 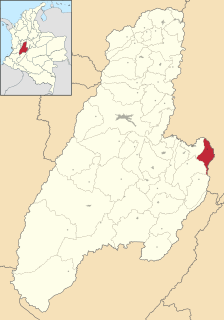 Icononzo is a municipality located in the department of Tolima in Colombia. The average temperature is 21 degrees, altitude 1304 m. 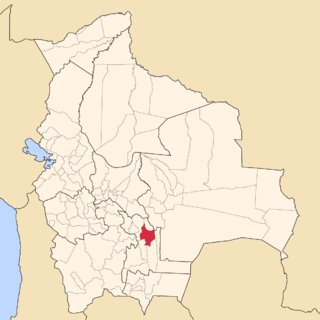 Tomina is a province in the Chuquisaca Department in Bolivia. Its seat is Padilla.

Rabčice is a village and municipality in Námestovo District in the Žilina Region of northern Slovakia.

German submarine U-280 was a Type VIIC U-boat of Nazi Germany's Kriegsmarine during World War II. 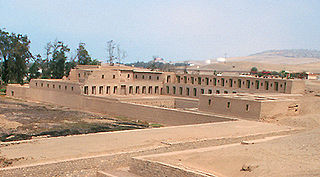 The Pachacamac District is one of 43 districts of the Lima Province in Peru. The capital of the district is the village of Pachacamac. Its main asset is the archaeological Inca site Pachacamac. 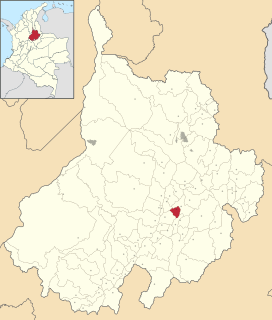 Pinchote is a town and municipality in the Santander Department in northeastern Colombia.

Villardiegua de la Ribera is a municipality located in the province of Zamora, Castile and León, Spain. According to the 2004 census (INE), the municipality has a population of 162 inhabitants.

Itaberaba is a municipality in the state of Bahia in the North-East region of Brazil.

San Juan Atenco (municipality) is a town and municipality in Puebla in south-eastern Mexico.

Entre Ríos Municipality is the sixth municipal section of the Carrasco Province in the Cochabamba Department in central Bolivia. Its seat Entre Ríos had 3,796 inhabitants at the time of census 2001.

Azurduy Municipality is the first municipal section of Azurduy Province in the Chuquisaca Department of Bolivia. Its seat is Villa Azurduy. In 2012 the population was 10,594 persons. The municipality is very poor; in 2010 93% were below the poverty line, and 75% were in extreme poverty. In 2001 there were seven automobiles in the municipality.

Padilla is a small town in the Chuquisaca Department of Bolivia, located southeast by road from Tomina Province. It is the centre of the municipality of the same name. As of 2010, it had an estimated population of 3697, an increase on the 2001 census figure of 2714, and a decrease from ca. 1904 when its population was approximately 6,000.