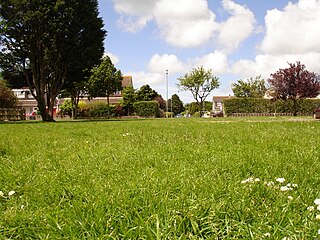 Threemilestone is a small village in the civil parish of Kenwyn, located precisely three miles west of Truro, the only city in Cornwall, England, United Kingdom. Threemilestone has grown in recent years, as housing estates to the west have been developed. Between Truro and Threemilestone there is a continuous line of schools, colleges and industrial estates, including Truro College and Richard Lander School, a mere two-minute walk from the centre of Threemilestone. The village also has its own primary school which has 387 pupils..

Baldhu is a village and parish in Cornwall, England, United Kingdom. It is in the civil parish of Kea.